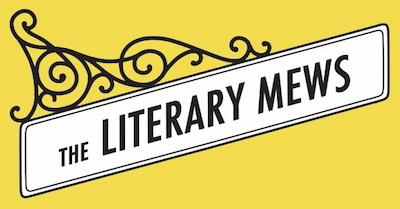 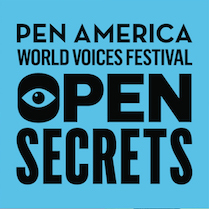 Personal reinvention is a constant and mysterious journey. A trip overseas, a disruption in the culture of our home country, or the impact of a powerful book can shift our views. How do new discoveries and unfamiliar settings cause us to (re)examine and (re)interpret our inner narratives? Join feminist graphic novel creator Pénélope Bagieu, novelist and culture writer Brian Keith Jackson, acclaimed author Elif Shafak, and investigative journalist Takis Würger in a discussion about what factors propel personal reinvention, and how a view from elsewhere can disrupt, recreate, or relocate the stories of ourselves.

Pénélope Bagieu was born in Paris to Corsican and Basque parents. The best-selling graphic novelist of Exquisite Corpse, she has published editorial illustrations throughout the French media. She blogs at Penelope-jolicoeur.com, plays drums in a rock band, and watches lots of nature shows.

Brian Keith Jackson is a bestselling and prize-winning author, essayist and arts and culture writer. His novels include, "The View From Here," "Walking Through Mirrors," and "The Queen of Harlem." His art and culture writing has appeared in The New York Times, New York, The London Observer Magazine, L'Officiel, O Magazine, and Whitewall, among others, as well as exhibition catalogues for international galleries and museums.

Elif Shafak is the acclaimed author of 15 books including The Bastard of Istanbul and The Forty Rules of Love. Her work has been translated into more than 40 languages, and she regularly contributes to The New York Times, The Guardian, and Politico. Shafak has been longlisted for the IMPAC Dublin Literary Award and twice for the Women’s Prize for Fiction, and shortlisted for the Independent Foreign Fiction Prize. She has held various teaching positions in the United States and the United Kingdom, most recently at the University of Oxford. She lives in London. Her upcoming novel, My Last 10 Minutes 38 Seconds in This Strange World, will be published in June.

Takis Würger is a reporter working for the German news magazine Der Spiegel. He studied Human, Social, and Political Science at St. John’s College Cambridge for a year before dropping out. During this time, he boxed for the University, broke two ribs and his hand, and became a member of the Adonians, the Hawks’ Club, and the Pitt Club. Named one of Medium’s “Top 30 Journalists under 30,” alongside other accolades, Würger’s work as a journalist has taken him to Afghanistan, Libya, Mexico, and Ukraine. The Club, which won the lit.Cologne debut prize and has become a runaway bestseller in Germany, is his first novel.

Rebecca Falkoff is an Assistant Professor of Italian Studies at New York University and a Regional Faculty Fellow at the Wolf Humanities Center at the University of Pennsylvania. She recently completed her first book on contemporary hoarding discourse and its literary precursors, and is working on a new project on illegibility.