Gendered, Sexualized, and Racialized Political Identities in France and Beyond 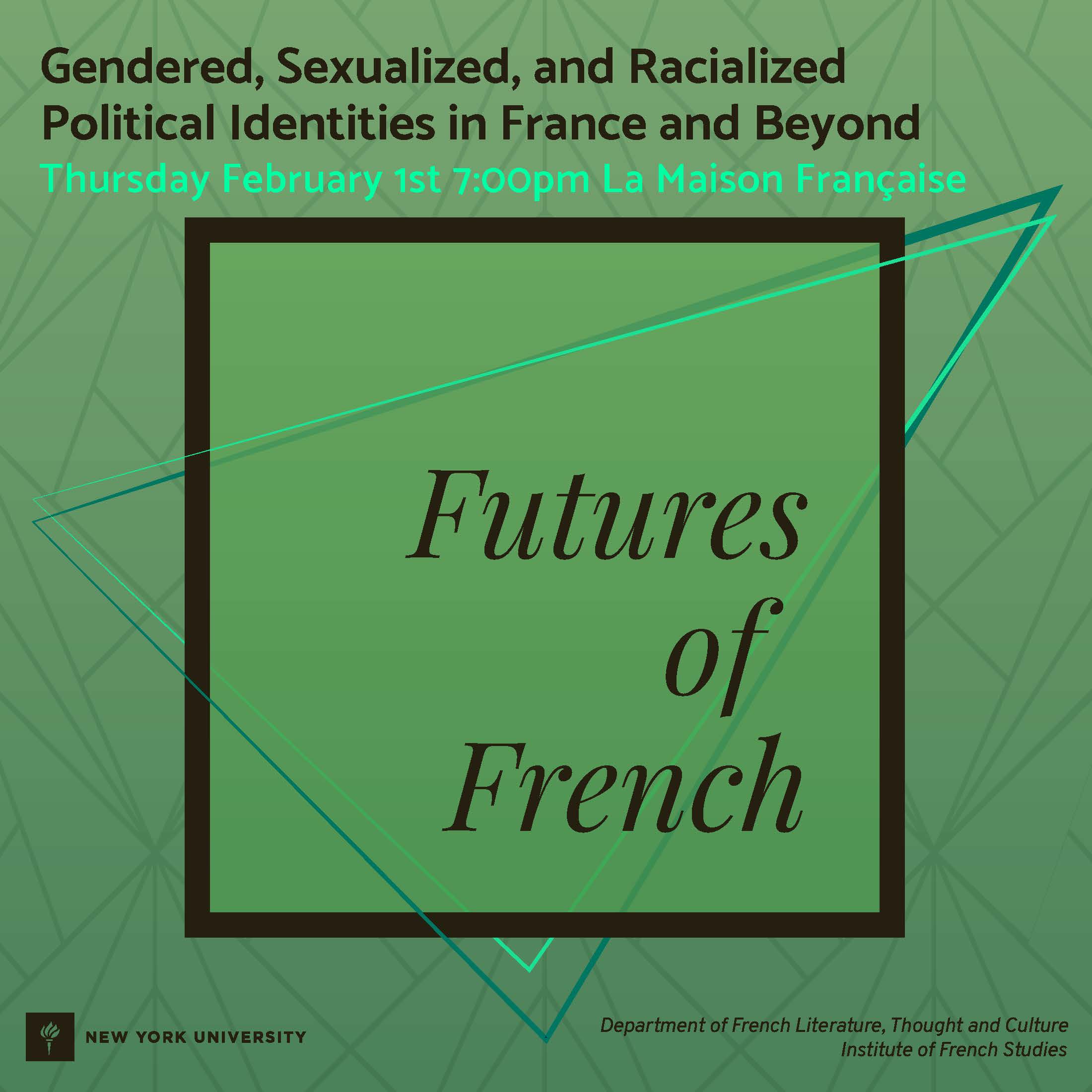 Intersectional Escape from the Sexagon: Arabs, Muslims, and Sexual Demonization in France
Mehammed Mack, assistant professor of French Studies at Smith College, earned his doctorate in French and comparative literature from Columbia University, where he completed a dissertation titled "Immigration and Sexual Citizenship: Gender, Sexuality, and Ethnicity in Contemporary France." His first book, Sexagon: Muslims, France, and the Sexualization of National Culture, was released from Fordham University Press in January 2017. His research focuses on contemporary immigration to France, gender and sexuality, diversity in the banlieues, and the relation between culture and politics.

Beyond Metropole and Colony: Black Women’s Citizenship in the Francophone World
Annette Joseph-Gabriel, assistant professor of French and Francophone Studies at the University of Michigan, specializes in contemporary francophone Caribbean and African literature with interdisciplinary specializations in black transnational feminisms, afrodiasporic literary movements, and slavery in the Atlantic world. Her forthcoming book, Decolonial Citizenship: Black Women’s Resistance in the Francophone World, examines black women’s articulations of citizenship through their work in anticolonial movements in Francophone Africa and the Antilles.

The next meeting will take place on March 19.