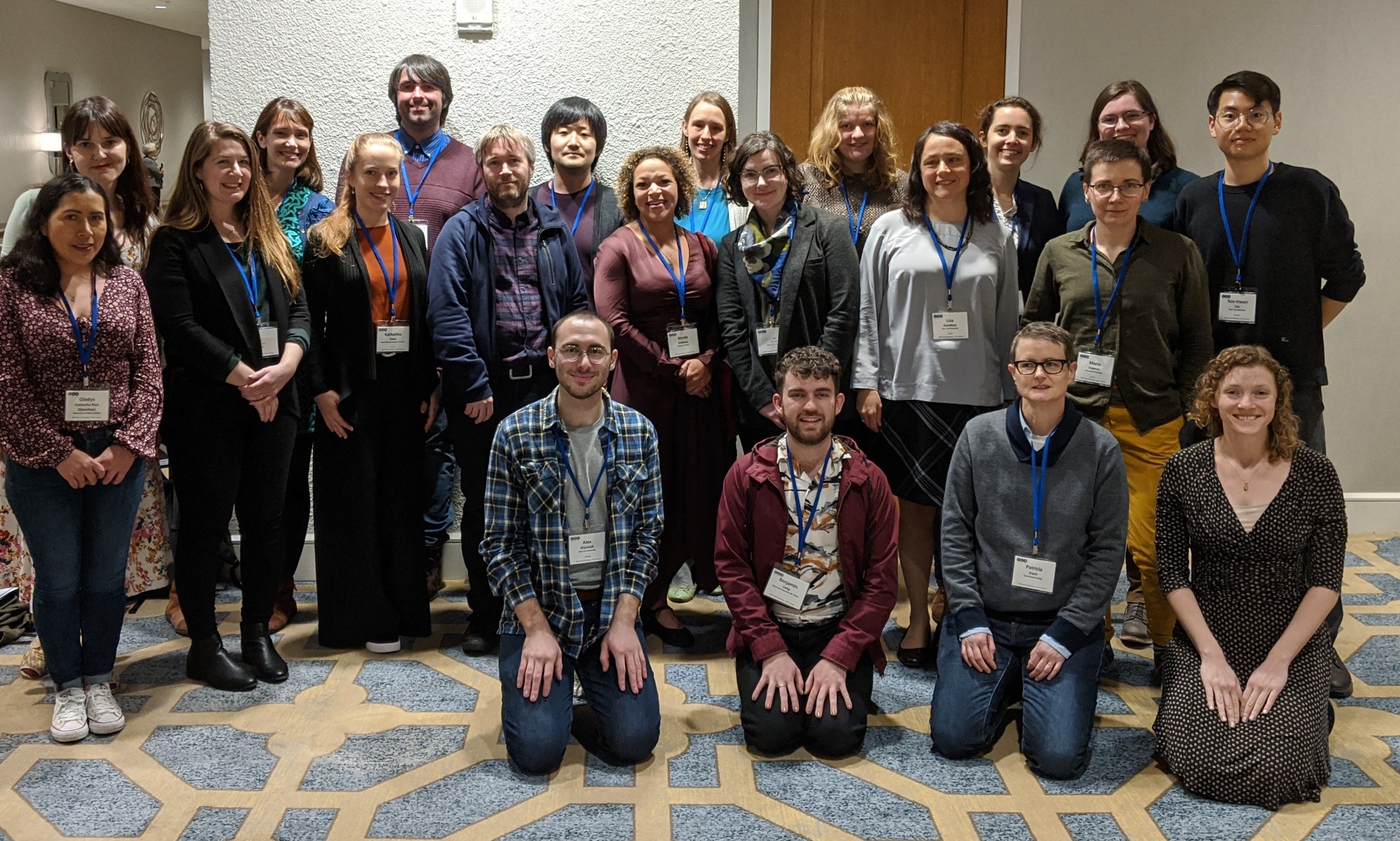 NYU showed strong representation at the Linguistic Society of America's 2020 Annual Meeting, including at the sister society meetings for the Society for Computation in Linguistics (SCiL) and the American Dialect Society (ADS), in New Orleans on January 2-5. Current members of the department (noted with *) and alumni who presented at the co-occurring conferences include:

Alicia Parrish*: Panel Member, How to LSA: The LSA Annual Meeting for First-Timers

Lisa Davidson*: Effects of word position and vowel quality on the implementation of glottal stops in Hawaiian

Dustin Chacón (University of Minnesota): Inactive gap formation: An ERP study on the processing of extraction from adjunct clauses

Congratulations to Sarah Phillips* and Kate Mooney* for receiving a LSA Travel Grant and the First Place Student Abstract awards respectively (photo below).

The following department members were recognized for their service to LSA committees, including their roles in planning the Annual Meeting: