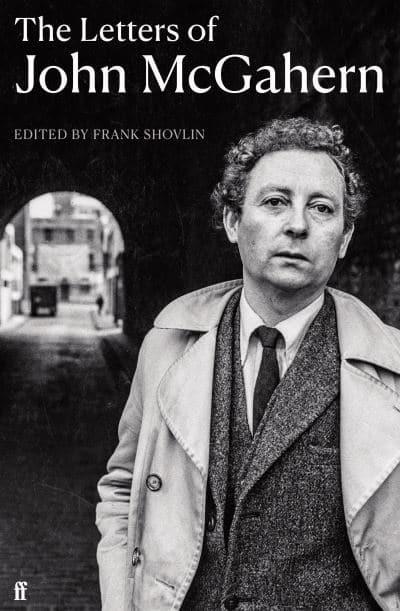 Dr. Frank Shovlin will be in conversation with Dr. Kelly Sullivan about the recently published Letters of John McGahern available from Faber and Faber.

About Letters of John McGahern:

John McGahern is consistently hailed as one of the finest Irish writers since James Joyce and Samuel Beckett. This volume collects some of the witty, profound, and unfailingly brilliant letters that he exchanged with family, friends, and literary luminaries - such as Seamus Heaney, Colm Tóibìn, and Paul Muldoon - over the course of a well-traveled life.

It is one of the major contributions to the study of Irish and British literature of the past thirty years, acting not just as a crucial insight into the life and works of a much-revered writer - but also a history of post-war Irish literature and its close ties to British and American literary life.

Dr. Frank Shovlin is a Professor of Irish Literature in English at the Institute of Irish Studies at the Unviersity of Liverpool. A native of the West of Ireland, he was educated at University College Galway before earning a D. Phil. at St John's College, Oxford. His research interests span the past 150 years of Irish literature and he has published and delivered public lectures on a wide array of writers from well-known figures such as James Joyce and W. B. Yeats to less well known writers such as Patrick Boyle and Stopford Brooke. He is currently working on an authorized biography of John McGahern.

Dr. Kelly Sullivan is a Clinical Associate Professor and the Director of Graduate Studies at Glucksman Ireland House NYU. Literary modernism and late modernism, with a particular focus on fiction and poetry of the 1930s and 1940s. Her research interests includ modern Irish art and the connections between literary and visual arts movements in Ireland in the 20th century, contemporary Irish poetry, and ecocritical writing.