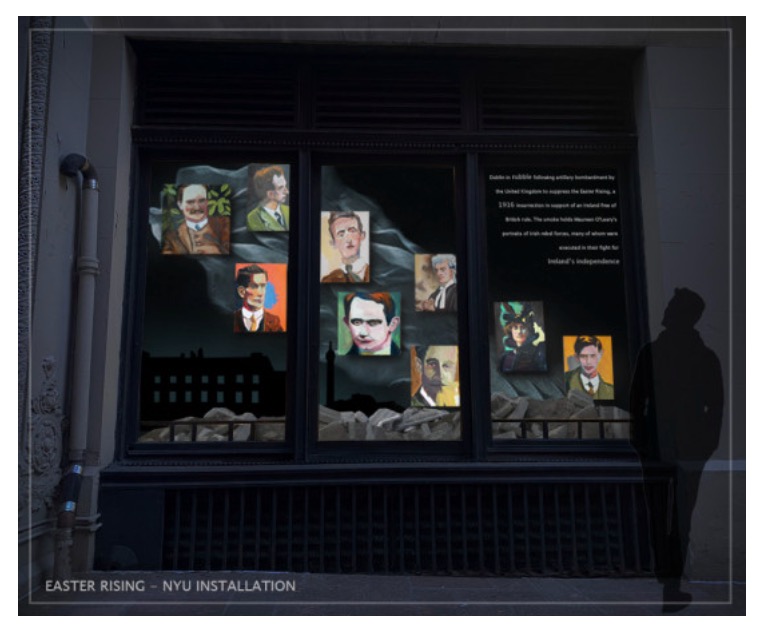 Portraits of Ireland’s Easter Rising Leaders is an exhibition in collaboration with Glucksman Ireland House, NYU’s center for the study of Ireland and its diaspora. The Easter Rising, which began on April 24, 1916, marked a turning point in Ireland’s pathway towards independence and it is all the more fitting to reflect on 1916 as Ireland marks the centenary of the British handover of power in 1922. According to scholar Miriam Nyhan Grey, “Irish cultural and political nationalists, especially in New York, had worked assiduously for years to mobilize American opinion against the British presence in Ireland. Indeed, the United States of America provided an important post-colonial republican model and the Irish were cognisant of that revolutionary legacy.”

Artist Maureen O’Leary paints at the intersection of figuration and abstraction. By experimenting with garish colors and rapid brushstrokes, she creates portraits that emanate emotion and presence. A first-generation Irish American and New Yorker, she began to contemplate how history is passed on generationally and in the Irish-American diaspora. In an exercise of interrogation of her own ethnic and family history she created American Portraits of Ireland’s Easter Rising Leaders. 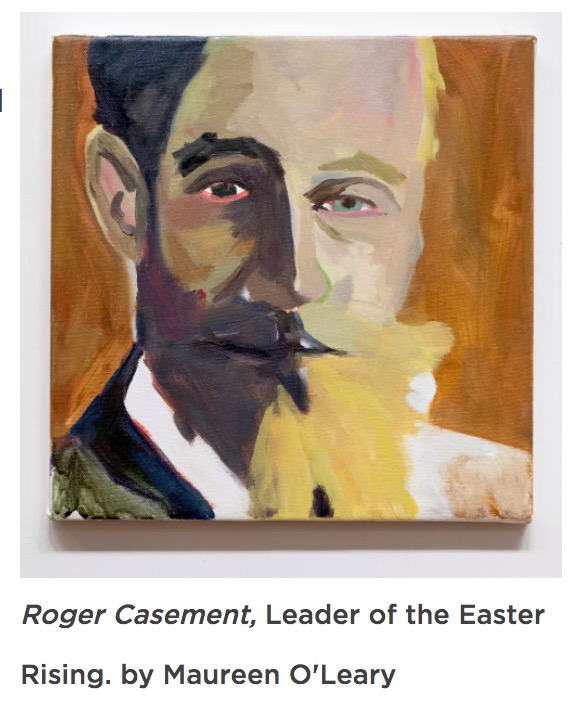 Taking historic photographs as her source material, she created portraits of revolutionaries who played a role in the Easter Rising. The rebels of 1916, many of whom had spent time in or had personal connections to New York City, decisively shaped Ireland’s trajectory to becoming an independent state. In the Schwartz Plaza Vitrines, O’Leary’s paintings are contextualized in an installation, created in collaboration with theater designer David L. Arsenault, that invokes the rubble and destruction of Dublin following the Easter Rising. 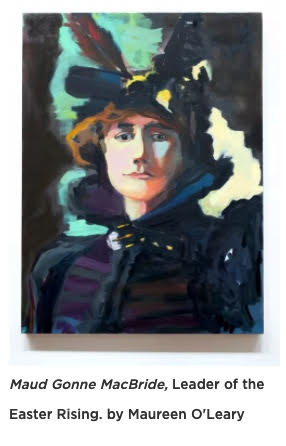