Speeches from a Life in Diplomacy, former Irish Ambassador to the U.S. Anne Anderson 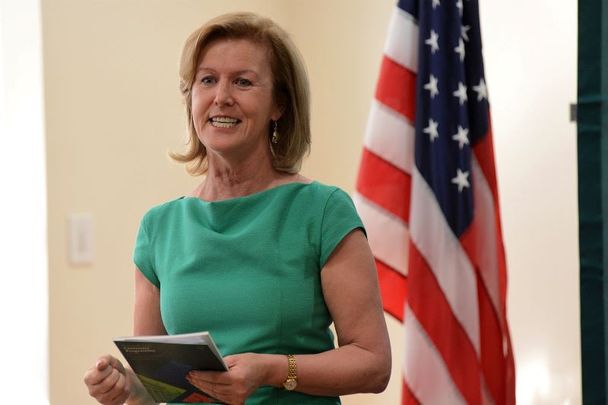 Anne Anderson has had a forty-five year career in Irish diplomacy. She joined the Department of Foreign Affairs in 1972, on the eve of Ireland's entry to the European Economic Community. She retired in 2017 from her final diplomatic posting as Ireland's Ambassador to the United States. Prior to this she also served as Ireland's Ambassador to France; to the United Nations, both in Geneva and New York; and to the European Union in Brussels. She was the first woman to represent Ireland in each of these roles. Her speeches collected in Thinking With My Pen: Speeches from a Life in Diplomacy, published last summer, cover a wide range of themes, including reflections on Irish foreign policy; on the EU and the United Nations; on culture and on gender. Former Ambassador Anderson will be in conversation with the Director of Glucksman Ireland House, Professor Kevin Kenny.

Kevin is Professor of History, Glucksman Professor in Irish Studies, and Director of Glucksman Ireland House at NYU. He received his Ph.D. from Columbia University in 1994, where his dissertation won the Bancroft Award. His books include Making Sense of the Molly Maguires (1998), The American Irish: A History (2000), Ireland and the British Empire (editor, 2004), Peaceable Kingdom Lost: The Paxton Boys and the Destruction of William Penn's Holy Experiment (2009), and Diaspora: A Very Short Introduction (2013). He teaches courses on Irish emigration, American immigration, and global migration and diaspora.