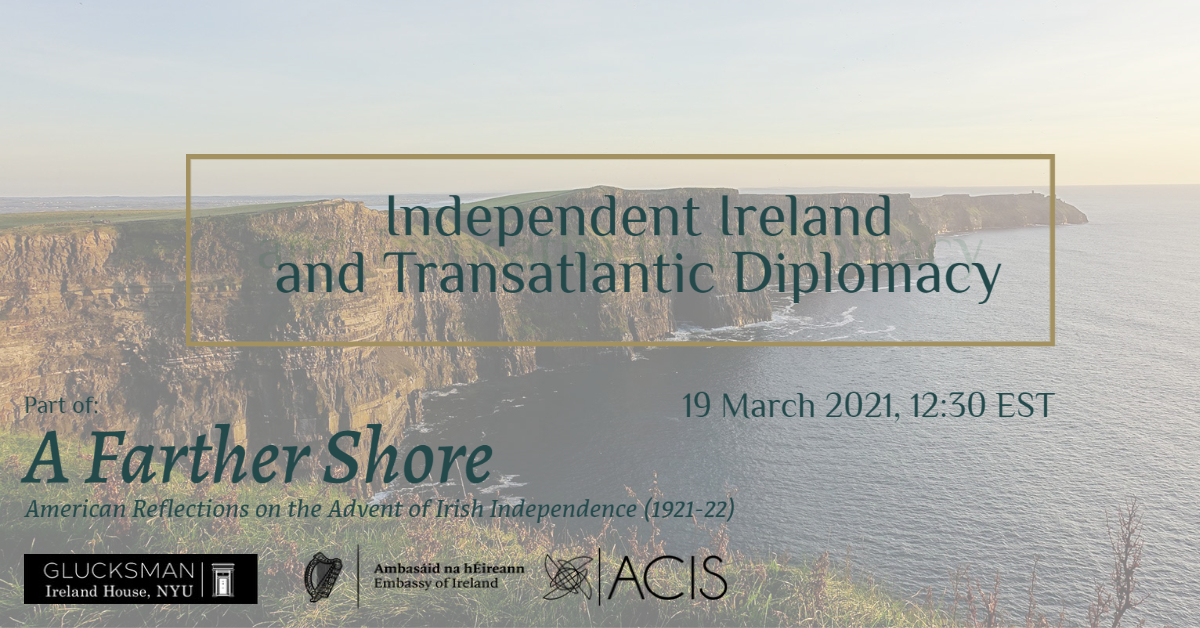 Since 2012, Ireland’s Decade of Centenaries has seen us examine and explore the series of seminal events that, politically and socially, shaped our island a century ago.  During the spring of 2021, Ireland’s Embassy and Consulates across the United States join with the American Conference for Irish Studies & Irish Studies programmes across many of this nation’s leading Universities to host a series of lectures and panels reflecting on the final – and perhaps most contested – years of this formative decade and its impact in the longer term.  We will consider how these seismic events were viewed across the Atlantic and the role the United States - and Irish-America - played in shaping them, recognizing that, for many Irish emigrants, independence was a farther shore they strove to reach.