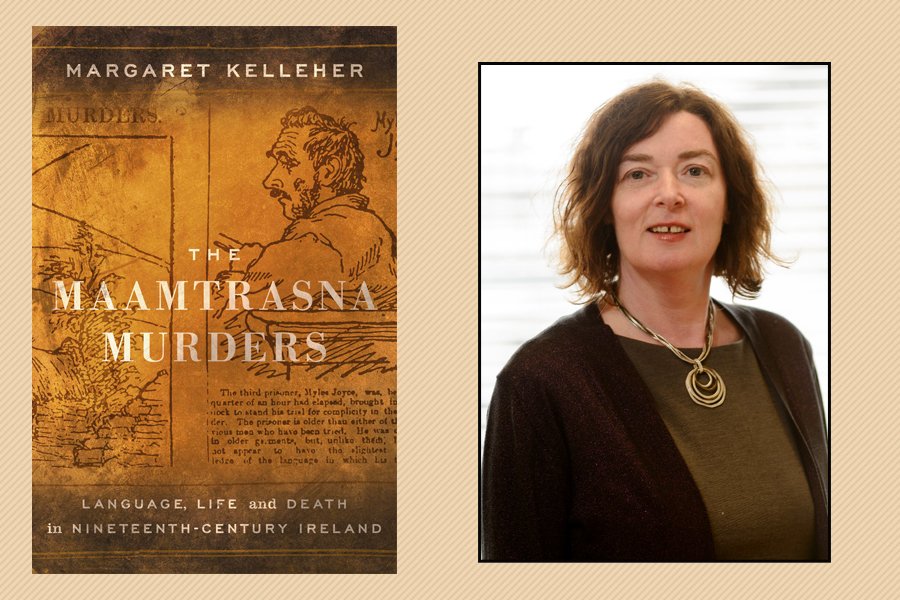 In 1882 the brutal murders of the Joyce family in Maamtrasna, western Ireland, were succeeded by a series of legal trials and executions, made especially infamous by the wrongful conviction and execution of Irish-speaker Myles Joyce. These events are the subject of a recent book by Professor Margaret Kelleher, Fulbright Visiting Scholar at New York University: The Maamtrasna Murders: Language, Life and Death in Nineteenth-Century Ireland (published by UCD Press).

Professor Margaret Kelleher is Chair of Anglo-Irish Literature and Drama at University College Dublin, and was appointed to this Chair in 2012. Previously she was the founding director of An Foras Feasa: Maynooth University’s Humanities Institute.

Her books include the two volume Cambridge History of Irish Literature (2006), The Feminization of Famine (published by Duke UP and Cork UP, 1997), Gender Perspectives in Nineteenth-Century Ireland (1997), Nineteenth-Century Ireland (2005) and Ireland and Quebec: Interdisciplinary Perspectives on History, Culture and Society (2016). She has published widely in the areas of Irish women’s writings, nineteenth-century Irish literary studies, famine studies, and digital humanities; recent articles include contributions to the Oxford Handbook of Irish History and the Oxford History of the Book as well as articles in the Digital Humanities Quarterly, Irish Review and Atlas of the Irish Revolution.