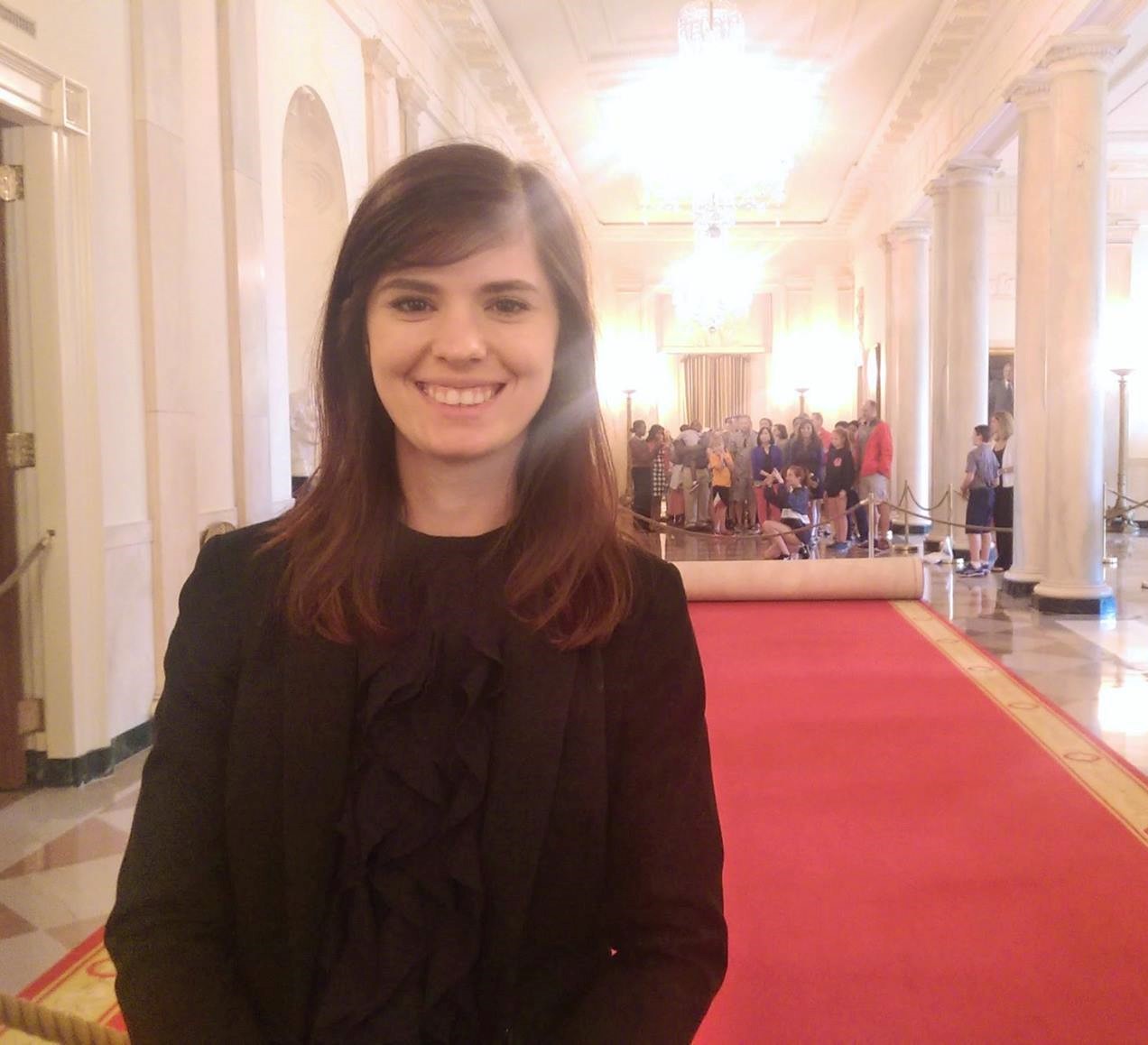 Brittany Stubbs graduated from the MA in IR Program in 2016.

How difficult was the application process to be a White House intern?
The application process was different for every intern. I think that I was one of the lucky ones. I knew I wanted to apply months in advance (the application is due in January) so I was prepared. As part of the application, I had to write an essay to a senior advisor to the president on a topic of my choice. A couple of months later, I was in the middle of a video conference at work when I received a phone call from a random number. Thinking it was a someone struggling to join the conference, I answered and it was the White House. Thankfully, they were able to call back later on and I had a semi-impromptu interview. A few weeks later, I was unofficially accepted into the program pending a mountain of paperwork.

What did your daily work consist of at the White House?
I was an intern with the Switchboard. The White House Switchboard takes calls from the public but also handles calls and conferences for White House staff as well as phone calls for the first family. It’s been known to be able to track down anyone, anywhere around the world, at any time in order to connect them with the President. I worked with the Director of the Switchboard to compile daily reports on call data and analyzed call volumes to determine staffing needs. I prepared reports measuring performance and informed operators of changes in office policies and procedures. Throughout the semester, I also updated the Switchboard’s standard operating procedures to prepare for the office’s transition to the next administration.

What was the most challenging thing about interning at the White House?
The White House is almost necessarily focused on domestic policy. All issues related to foreign policy are directed to the National Security Council (NSC) which is housed on the White House grounds. The NSC doesn’t accept interns, however. I had access to staffers in my field, but I had to work harder to pursue international relations than other interns had to work in order to pursue education, law, communications, etc. It also made networking more difficult as well.

How did your academic work at NYU help you during your internship?
Professor Leader’s Practicing Diplomacy course was wonderful. I would work at the White House during the day and then at night I would learn about U.S. State Department efforts around the world. His course and others prepared me to have policy discussions on refugee settlement, the Israeli-Palestinian conflict, Brexit, and more. I was also able to bring a different perspective to foreign policy discussions because I have already had these same debates with international students in the MAIR program.

How do you think the internship experience added to your education?
One of my favorite things about the NYU MAIR program is that it isn’t U.S. centric. I’m taught by professors from all over the world and the vast majority of my classmates are international students. I get to debate with students from China, France, and Nigeria on a regular basis. My experience at the White House gave me a greater understanding of U.S. foreign policy that added to the international focus the MAIR program provides its students. While I wouldn’t change the MAIR program, I do think that having a summer focused on U.S. foreign policy (both during discussions at the White House and through Professor Leader’s Practicing Diplomacy course) increased my chances of being hired in the future.

How does DC compare to New York? What struck you as the most interesting difference?
D.C. is a small town. I heard it said time and time again that everyone knows everyone in D.C. It does seem to be true, at least in government. My one complaint is that the metro in D.C. is absolutely terrible. It doesn’t run at night, it takes ages for the metro to arrive, and they close whole lines for weeks at a time. You have more room to drive in D.C., and though it does lead to horrible traffic, there is always an option to drive if you need to. New York seems to incentivize people to stay in the City by charging drivers $40 in toll fees just to leave the area; that’s not an issue in D.C. so I was able to escape and go hiking one weekend with a friend without much fuss. That is one thing that NYC does not have, easy access to hiking.

Would you encourage other graduate students to intern in Washington DC?
I would! The jobs in international relations seem to be concentrated into two cities in the United States: New York City and Washington, D.C. Spending a summer in D.C. and making contacts there gives you a better chance at finding a job in the future. I also think that having a D.C. internship on my resume has opened doors to opportunities in D.C. that I normally would not have had because I’ve lived in the city, even if only for three months.

What are your plans after graduation?
I am currently applying for jobs and interviewing. I’m applying for a few types of jobs, mainly in international development, human rights, and humanitarian response and all involving some sort of research and/or writing component. There is a really great chance that I’ll be moving to D.C. in January but right now it’s all up in the air.

What did you think of the NYU facility in Washington DC? Did you take a course there? If so, what course and what would you say was the best feature of that course?
The NYU facility in Washington, D.C. is wonderful. It’s in a prime location just half a mile from the White House. It is its own self-contained unit with a kitchen in each suite, lounges on every floor, and classrooms on the lower levels. It was really great. I took two courses during my summer in D.C. One of the courses I attended via Skype. The other course, Practicing Diplomacy with Professor Damian Leader, I took in person at the NYU D.C. campus through the MAIR program. The course discussed U.S. diplomatic efforts abroad. Professor Leader is a former Foreign Service Officer so the course turned out to be a crash-course in how to be a U.S. Foreign Service Officer. I was taking the Foreign Service Officer Test during the course, so it could not have come at a better time. I highly recommend the course, especially to those students interested in working for the State Department.