CSD Series: Soft Power, Diplomacy and Development in the Conduct of US Foreign Policy

CSD Series: Soft Power, Diplomacy and Development in the Conduct of US Foreign Policy

"SOFT POWER, DIPLOMACY, AND DEVELOPMENT IN THE CONDUCT OF US FOREIGN POLICY"

Each Tuesday, the Conflict, Security, and Development Series will examine new research, discuss creative policy approaches and highlight recent innovations in responding to the challenges of security and development in conflict and post-conflict situations.

Lionel C. Johnson will speak about the importance of American "soft power," and the imperative of diplomacy and development in the conduct of US foreign policy. He will draw from several of his career experiences, but most notably his services on the boards of the US Global Leadership Institute and the National Democratic Institute for International Affairs.

The Program in International Relations is a co-sponsor of the Conflict, Security & Development series at the NYU Wagner Graduate School of Public Service along with the Center for Human Rights and Global Justice at NYU Law School, the Center for Global Affairs at NYU's School for Professional Studies, the Robert L. Bernstein Institute for Human Rights, and the Office of International Programs at NYU Wagner.

Lionel C. Johnson is a leader in international business, public policy, and economic development. Prior to PPI, he served as senior vice president of the Initiative for Global Development, vice president of Turkey, Middle East, and North Africa Affairs at the Chamber of Commerce of the United States, and senior vice president of Public Affairs at Fleishman-Hillard. Johnson was vice president and director of International Government Affairs at Citigroup and deputy assistant secretary of the Treasury for International Development, Debt and Environment Policy in the Clinton Administration. He was also a senior advisor for Resources, Plans, and Policy to Secretary of State Warren Christopher, and a member of the Department of State Policy Planning Staff. He served as deputy director of the Clinton/Gore transition team at the Department of State. Earlier in Johnson’s career, as a member of the U.S. Foreign Service, he held assignments in Haiti, the Philippines, and Kenya, and he served as special assistant to Secretaries of State George P. Shultz and James A. Baker III. Johnson was a senior program officer at the National Democratic Institute for International Affairs. He received his bachelor’s degree from Rutgers University. Johnson is a visiting scholar of the Program on International Relations of New York University, a trustee of the RAND Corporation, and a serves on the boards of NDI, Project on Middle East Democracy, San Francisco General Hospital Foundation, and the U.S. Global Leadership Coalition. 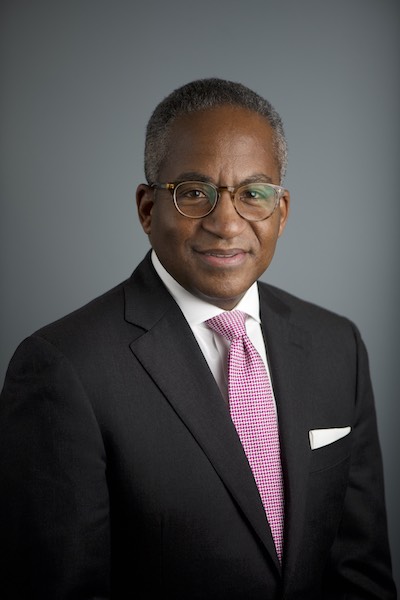