High Confidence, Little Use? European Public Opinion on Armed Forces and Their Role in Defense and Conflict Management 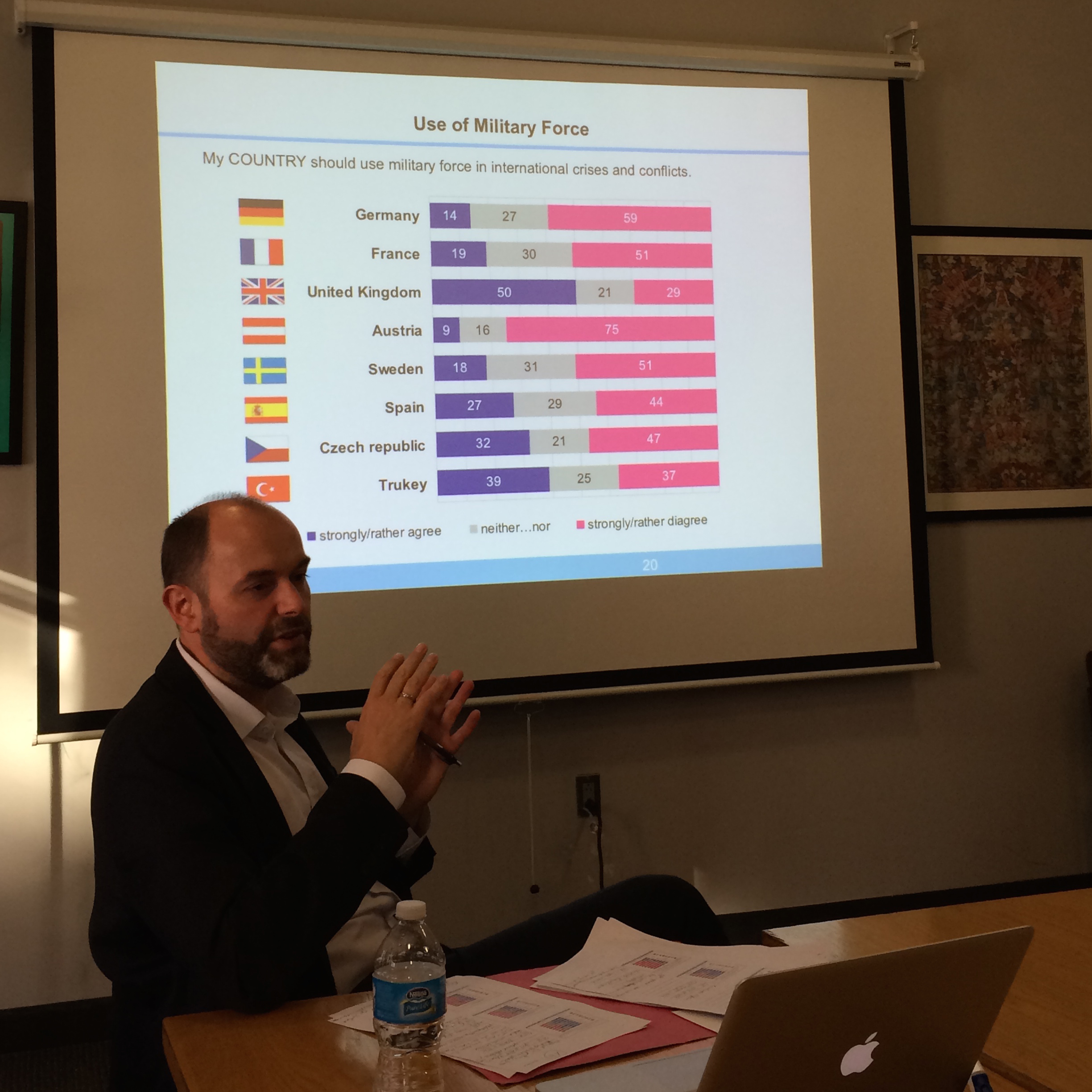 Russia's annexation of Crimea, Bashir Assad's brutal civil war and disintegration of Iraq have prompted numerous commentators in the US to argue that Washington should 'get involved'; often these arguments include calls to use some level of force. In Europe, however, the mood is decidedly different. Force is rarely, if ever, the first choice for policy-makers or the voting public. That said Europeans have an enormous amount of trust and faith in their militaries. The question is, though, what good is a military if you never intend to use it? In a world beset with numerous security challenges that the United States is unable to manage alone, is it important that Europeans are willing and able to use military force? Dr. Biehl will explore the most recent polling data on European perceptions on the use of force, offering us analysis of what this information says about future US-European defense and military cooperation.

Dr. Beihl is the director fo the research division at the Institute. His work primarily focuses on international security policy, strategic culture, military sociology and public opinion analysis. He is the author of numerous books and articles including, "Strategic Cultures in Europe. Defense and Security Policies Across the Continent" (with Bastian Giegerich/Alexandra Jonas), and "Military Cooperation in Multinational Mission" in: Haas, Harald/Franz Kernic/Andrea Plaschke (eds.): Leadership in Challenging Situations. His talk at NYU utilizes the extensive polling data collected by the Social Science Institutes on European perceptions of the military and military force.