As much of the world recedes towards popularism and struggles to intermediate political consensus, it’s a good time to remind ourselves why small countries such as Denmark, Netherlands, Singapore, and Switzerland count among the world’s most successful nations.

James Breiding discusses his new book Too Small to Fail how several successful 'small' countries, with populations under twenty million, have made a virtue out of their physical limitations. His research seeks to understand their recipes for achieving better-educated, more egalitarian, and wealthier populations. Breiding discovers common patterns in their success stories and reveals their brilliant policy successes – i.e:

Nations around the world will be ‘stress tested’ from an onslaught of challenging new circumstances very different to anything any of us has ever experienced in the past:

Too Small to Fail argues these problems are imminent, serious and growing. Nor will they mysteriously go away by themselves. The world is changing fast so the old rules need rewriting. For historic and cultural reasons nations such as America have been uniquely placed to shape and lead the changes the world needs. It has been the key diplomatic anchor and strategic compass for many multinational organizations such as the UN, NATO, WTO, IMF, etc. And while battle cries like ‘America First’ may drum up nationalistic support, how viable will these institutions be without direction, support and consensus of the world’s leading powers. Who will fill the void?

In this spirit, an international think tank S8 has been established to partake as a laboratory to combat these challenges and showcase their policy successes towards resolving them. Its aim is to foster ‘leading and learning by example’.

S8 is admittedly paddling against the stream. It is a reminder that the world is begging for more multilateral collaboration, not less. Because problems shared can’t be solved alone.

Comprised of 8+ delegations from these competitive small nations, the S8 plans to annually bring together leading businesspeople, politicians, and diplomats in a cooperative conference for global improvement.

Our belief is there is no Plan B or 2nd place for the earth we all share and depend on. We’re all in this boat together whether we like it or not. So if it sinks, the next Google, massive tax cut, or new high for the S+P 500 won’t save any of us.

R. James Breiding is a fellow at Harvard’s School for International Development and an alum of the Harvard Kennedy School. He heads the foundation behind his prior book Swiss Made, an international bestseller still gifted by Switzerland’s embassies worldwide. Breiding has also appeared in numerous publications for Swiss Made and Too Small To Fail, including The Economist, The Financial Times, The New York Times, Foreign Affairs, and most recently Wall Street Journal Holland. He is based in Zürich, dividing his time between Switzerland and the US. 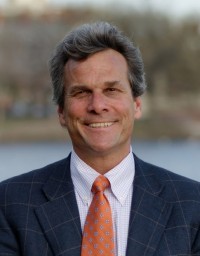 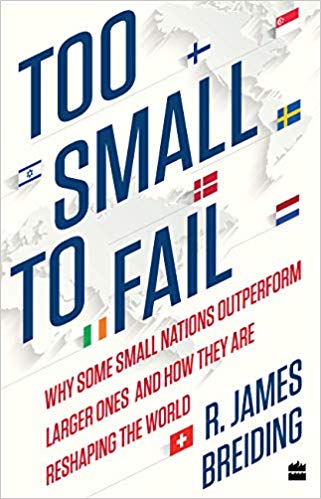 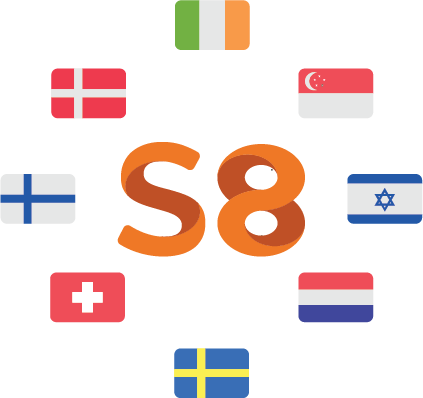