Online event. Please join us at this link, no need to pre-register. *Please note that you will need to have a Zoom account and be signed in to join the meeting.

Virginia Espino is Lecturer in Social Sciences at UCLA’s César E. Chávez Departmento of Chicana/o and Central American Studies. She is an oral and public historian whose research focuses on health activism, motherhood and the uses of public space. Her investigation into the history of coercive sterilization at the Los Angeles-USC Medical Center provided the impetus for the documentary film, No Más Bebés, for which she is a Producer and Lead Historian.

Kaiama L. Glover is Ann Whitney Olin Professor of French and Africana Studies at Barnard College, Columbia University. Her book, Haiti Unbound: A Spiralist Challenge to the Postcolonial Canon (Liverpool UP 2010), addresses the general issue of canon formation in the francophone Caribbean. Her most recent monograph, A Regarded Self: Caribbean Womanhood and the Ethics of Disorderly Being, is forthcoming with Duke University Press. She has translated several works of fiction and non-fiction from French to English, including Françoise Vergès’s The Wombs of Women: Capitalism, Racialization, Feminism (2020).

Annette K. Joseph-Gabriel is Assistant Professor of French and Francophone Studies at the University of Michigan. Her research focuses on francophone Caribbean and African literature, with interdisciplinary specializations in Afro-diasporic literary and cultural movements, and slavery in the French Atlantic. She is the author of Reimagining Liberation: How Black Women Transformed Citizenship in the French Empire (2020).

Françoise Vergès is an antiracist feminist activist, a scholar, a public educator, an independent curator, and the cofounder of the collective Decolonize the Arts and of the free and open university Decolonizing the Arts. She is the author of Monsters and Revolutionaries: Colonial Family Romance and Metissage, also published by Duke University Press, and numerous books in French.

Hannah Leffingwell is a Ph.D. Candidate at the Institute of French Studies at NYU. Her dissertation in progress, “Becoming Lesbian: Sex, Politics, and Culture in Transnational Circulation, 1968-1998,” chronicles the evolution of lesbian networks in the US and France from Women’s Liberation to the fight for marriage equality. Her writing has appeared on Public Seminar and is forthcoming in Gender & History.

In the 1960s thousands of poor women of color on the (post)colonial French island of Réunion had their pregnancies forcefully terminated by white doctors; the doctors operated under the pretext of performing benign surgeries, for which they sought government compensation. When the scandal broke in 1970, the doctors claimed to have been encouraged to perform these abortions by French politicians who sought to curtail reproduction on the island, even though abortion was illegal in France. In The Wombs of Women—first published in French and appearing in English for the first time with Duke University Press in 2020—Françoise Vergès traces the long history of colonial state intervention in black women’s wombs during the slave trade and postslavery imperialism as well as in current birth control politics. She examines the women’s liberation movement in France in the 1960s and 1970s, showing that by choosing to ignore the history of the racialization of women’s wombs, French feminists inevitably ended up defending the rights of white women at the expense of women of color. Ultimately, Vergès demonstrates how the forced abortions on Reunion were manifestations of the legacies of the racialized violence of slavery and colonialism. 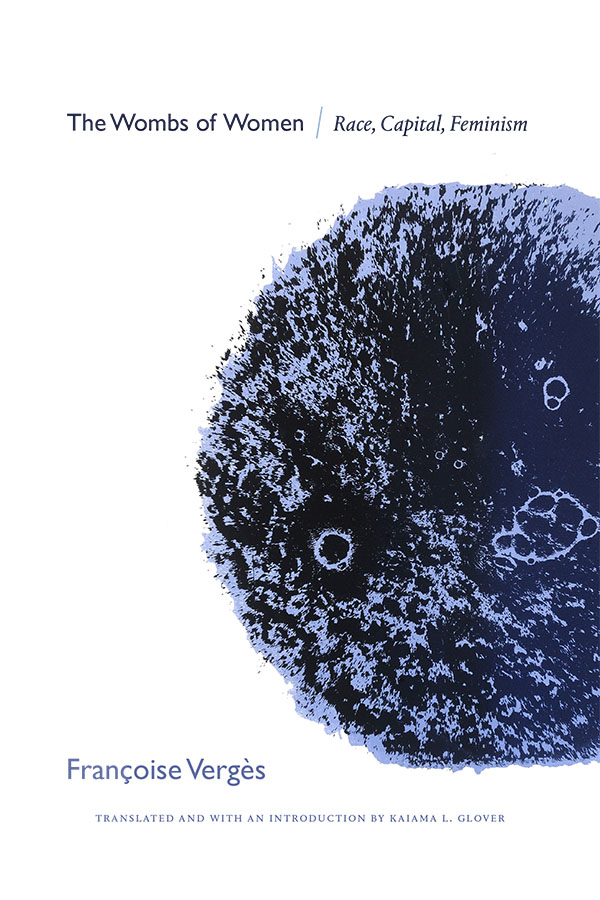