Changing Norms of Sexual Consent in Contemporary France (in English)

Online event open to all. Please join us at this link, no need to pre-register. *Please note that you will need to have a Zoom account and be signed in to join the meeting.

Manon Garcia is a philosopher, Junior Fellow at Harvard University’s Society of Fellows. Her research is in political philosophy, feminist philosophy, moral philosophy, and philosophy of economics. She is the author of On ne naît pas soumise, on le devient (Flammarion, 2018), forthcoming in English as We Are Not Born Submissive: How Patriarchy Shapes Women's Lives (Princeton University Press, March 2021).

Eva Illouz is a sociologist, Professor of Sociology and Anthropology at the Hebrew University in Jerusalem and Director of Studies at the Ecole des Hautes Etudes en Sciences Sociales in Paris. Her work explores the influence of capitalism on emotions, the commodification of romance and the meaning of freedom, choice, and individualism in the modern world. She is the author of several books, including Cold Intimacies: The Making of Emotional Capitalism (Polity Press, 2007); Why Love Hurts: A Sociological Explanation (Polity, 2012); Manufacturing Happy Citizens: How the Science and Industry of Happiness Controls our Lives (Polity, 2019).

Camille Robcis is a historian, Associate Professor of History and French at Columbia University. She specializes in modern French intellectual history, with a focus on the historical construction of norms, the intellectual production of knowledge, and the articulation of universalism and difference in modern French history. She is the author of The Law of Kinship. Anthropology, Psychoanalysis, and the Family in France (Cornell University Press, 2013).

Gabriella Lindsay is Postdoctoral Teaching Fellow at New York University. Her research examines representations of sexual violence and afterlives of the Algerian War in modern and French contemporary literature and film.

Since the scandal surrounding Dominique Strauss-Kahn’s arrest in New York City in 2011, several momentous affairs have shaken longstanding French taboos around sexual harassment: Vanessa Springora’s memoir about her damaging relationship as a 14-year-old with writer Gabriel Matzneff, Adèle Haenel’s accusation against film-director Christophe Ruggia of sexually harassing her when she was in her early teens, and very recently, Camille Kouchner’s indictement of her renowned stepfather for sexually abusing her twin brother when he was 14. Whether these cases were brought to court or not, whether they are over or ongoing, and regardless of their outcomes, these public affairs can be seen as catalysts for new norms of sexual consent. Our roundtable will aim at interpreting these changes. 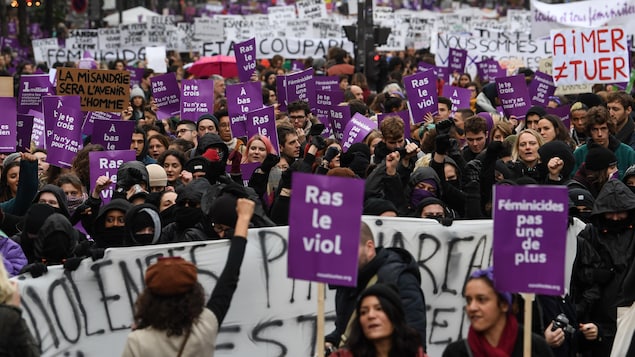