The Fight for Black Lives: An inter-diasporic conversation with Charlene Carruthers and Assa Traoré

Charlene A. Carruthers is a political strategist, cultural worker and PhD student in the Department of African American Studies at Northwestern University. A practitioner of telling more complete stories, her research includes Black feminist political economies, abolition of patriarchal and carceral systems, and the role of cultural work within the Black Radical Tradition. Her work spans more than 15 years of community organizing across racial, gender and economic justice movements. As the founding national director of BYP100 (Black Youth Project 100), she has worked alongside hundreds of young Black activists to build a national base of activists in a member-led organization of Black 18-35 year olds dedicated to creating justice and freedom for all Black people. She is the author of the book “Unapologetic: A Black, Queer, and Feminist Mandate for Radical Movements (available in English and Spanish language).

Assa Traoré is an educator and social justice activist, co-founder and head of the truth for Adama committee, and the author of Lettre à Adama (Seuil, 2017). Since the death of her brother, Adama Traoré, on July 19, 2016, she has been fighting to establish the truth about the circumstances of his death at the hands of the French gendarmes, who arrested him in Beaumont-sur-Oise. In the wake of George Floyd’s killing in the U.S. and the large Black Lives Matter demonstrations across the U.S., the Truth for Adama committee organized the massive June 2nd Paris demonstration calling for Justice for Adama, justice for George Floyd, and justice for all.

Ashley Berry is an MA student at New York University’s Institute of French Studies. She graduated from The University of Texas at Austin (2013-2017) where she studied French and Italian. She then went on to attend The University of Texas School of Law (2017-2020) and graduated with a Doctor of Jurisprudence. Throughout her academic career she developed a strong interest in advancing racial equity in higher education. At the Institute of French Studies, Ashley is interested in exploring colonial history, racial consciousness, and the Black diaspora in France. Upon completing her Masters in French Studies at New York University, Ashley will pursue a career in the field of public policy in order to work on educational equity issues.

Chayma Drira is a doctoral student in French and French Studies at NYU. She graduated from Sciences Po Paris, where she studied political theory. At the intersection of sociology, literature and philosophy, her doctoral research explores the memory of postcolonial immigration in France. She has worked as a journalist for French magazines Bondy Blog, Jeune Afrique, Libération, Politis, OpenDemocracy and Orient XXI. She has published several articles comparing racial and social inequalities in the low-income neighborhoods of Chicago and Greater Paris.

In French and English, with simultaneous translation. 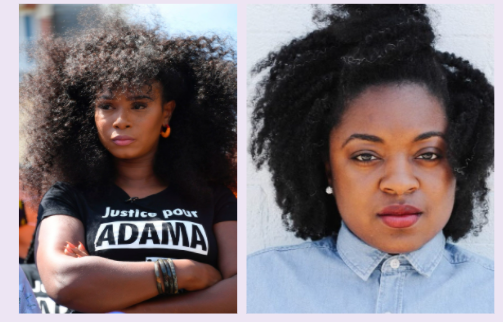