Robert Darnton: Books in Cities: The Demand for Literature in France on the Eve of the Revolution

New research in a new field, the history of books, goes back to a question raised by Daniel Mornet in a famous article of 1910: What did the French read on the eve of the Revolution?  This lecture is intended to answer that question and to explore related issues in cultural history by explaining how publishing and the book trade actually operated under the Ancien Régime.

Robert Darnton is Carl H. Pforzheimer University Professor, Emeritus, University Librarian, Emeritus at Harvard University. He has written and edited many books, including The Business of Enlightenment: A Publishing History of the Encyclopédie (1979), The Great Cat Massacre and Other Episodes in French Cultural History (1984), The Forbidden Best-Sellers of Prerevolutionary France (1995), The Case for Books (2009), The Devil in the Holy Water, or The Art of Slander in France from Louis XIV to Napoleon (2009), Censors at Work: How States Shaped Literature (2014), A Literary Tour de France: the World of Books on the Eve of the French Revolution (2018).

Sponsored by the Department of History, the Urban Humanities Initiative, and the Institute of French Studies. 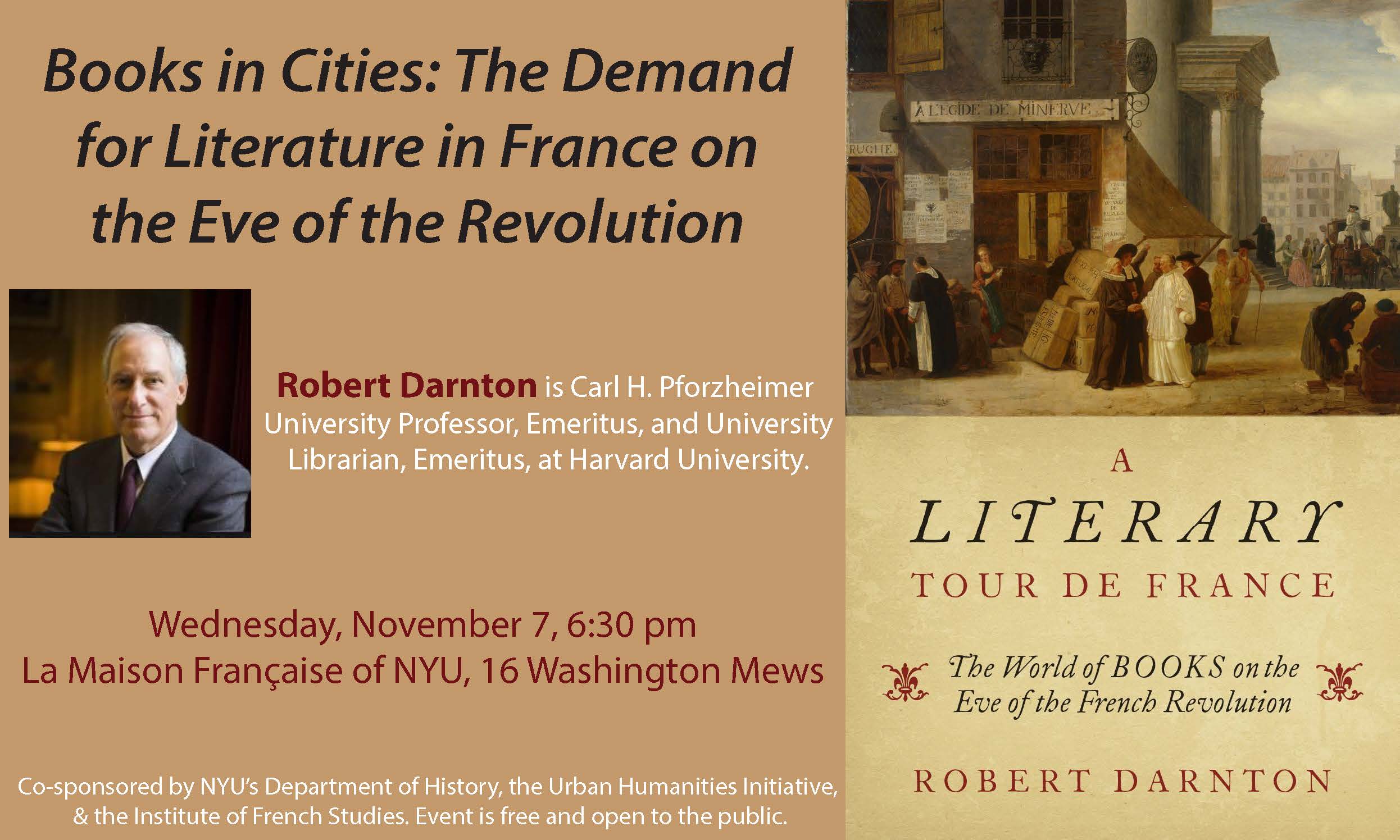