The hegemony of finance compels a new orientation for everyone and everything: companies care more about the moods of their shareholders than about longstanding commercial success; governments subordinate citizen welfare to appeasing creditors; and individuals are concerned less with immediate income from labor than with appreciation of their capital goods, skills, connections, and reputations. That firms, states, and people depend more on their ratings than on the product of their activities also changes how capitalism is resisted. For activists, the focus of grievances shifts from the extraction of profit to the conditions under which financial institutions allocate credit. In this new book, Feher articulates the new political resistances and aspirations that investees draw from their rated agency.

With Michel Feher, author of Powerless by Design: The Age of the International Community, editor of Nongovernmental Politics and Europe at a Crossroads, founder of Cette France-là, a monitoring group on French immigration policy, and founding editor of Zone Books. 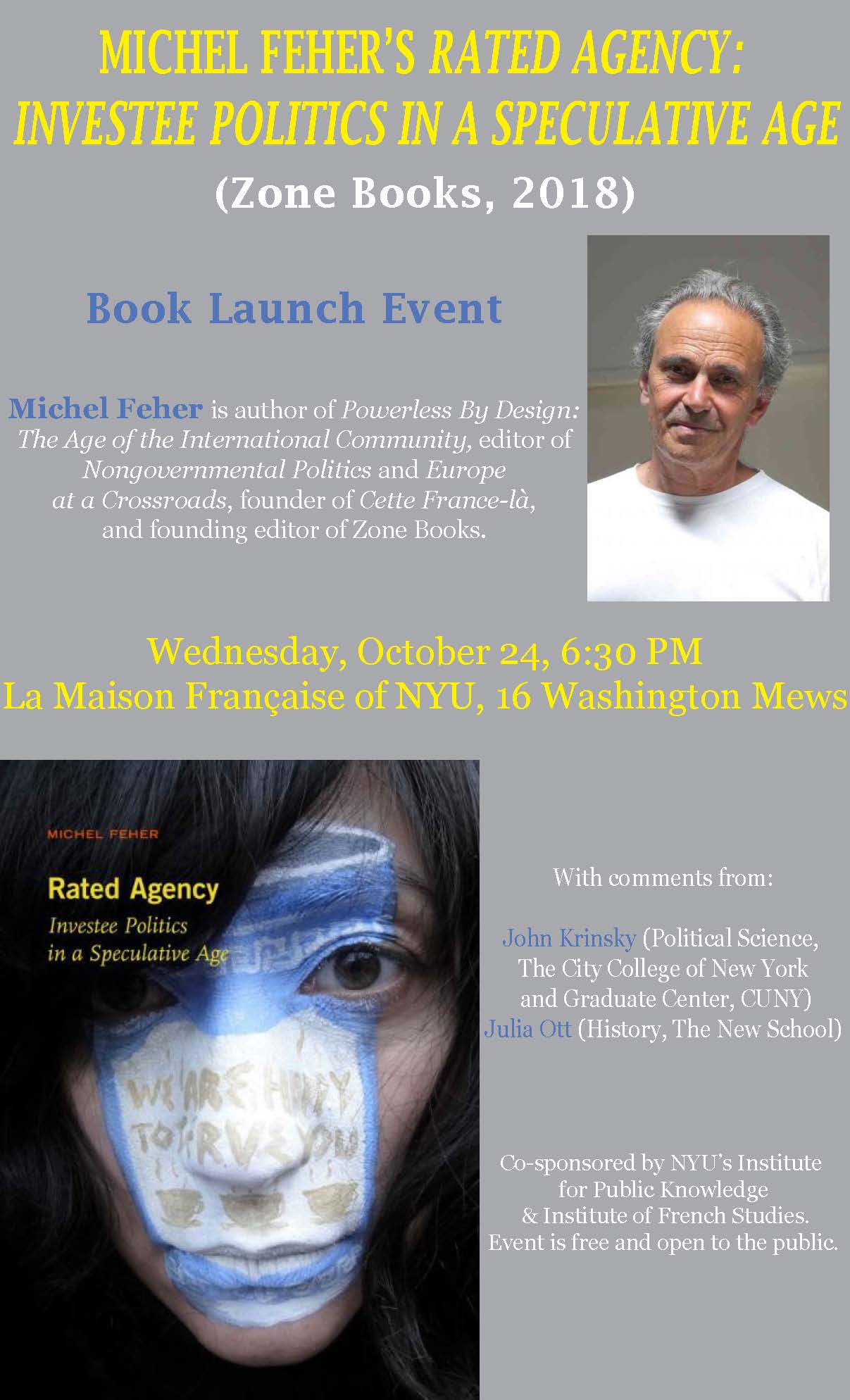