Academic, writer, of melancholy, aesthete – Claude Lévi-Strauss (1908-2009) not only transformed his academic discipline, he also profoundly changed the way that we view ourselves and the world around us. In this award-winning biography, the first one to use all available sources, many yet unpublished, historian Emmanuelle Loyer recounts Lévi-Strauss’s childhood in an assimilated Jewish household, his promising student years as well as his first forays into political and intellectual movements. As a young professor in 1935 Lévi-Strauss left Paris for São Paulo to teach sociology. His rugged expeditions into the Brazilian hinterland, where he discovered the Amerindian Other, made him into an anthropologist. The racial laws of the Vichy regime would force him to leave France yet again — this time for the US in 1941. His return to France, after the war, ushered in the period during which he produced his greatest works.

Emmanuelle Loyer is Professor of History at Sciences Po Paris. She specializes in the cultural history of contemporary societies with a specific focus on transnational cultural circulations. She is the editor of the La Tocqueville. Her published works include Paris à New York. Intellectuels et artistes français en (2005), Histoire du Festival d’Avignon (2007), and Claude Lévi-Strauss, which was awarded the Prix Femina in 2015.

The event is in French with simultaneous interpretation in English. 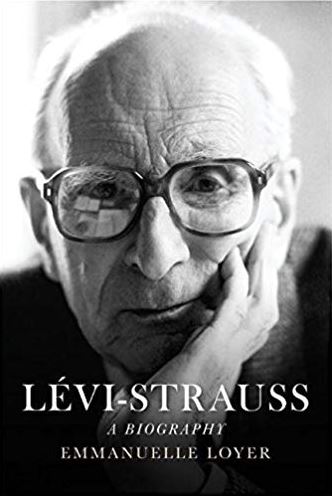