In 1941, a few Polish men, including Raphael Lemkin, a Jewish lawyer, and Jan Karski, a catholic resistant, foresaw the intensity and the specific nature of the destruction of the European Jews among other war crimes. They tried to convey what they knew, but they were met with indifference and rejection. Based on Annette Becker’s most recent book, Les messagers du désastre (Fayard, 2017), this talk explores the fights of these two men and situates these fights in the 20th-century history of “messengers of disaster,” who, since the genocide of the Armenians, have tried to alert the world to ongoing genocides.

Annette Becker is Professor of History at Université Paris Nanterre. She has written extensively on the two World Wars and the extreme violence they nurture, with an emphasis on military occupations and the two genocides, against the Armenians and the Holocaust. She has devoted research to humanitarian politics, trauma and memories, particularly among intellectuals and artists. Her most recent book, Les messagers du désastres. Raphael Lemkin, Jan Karski et les genocides, was published in 2017 by Fayard. 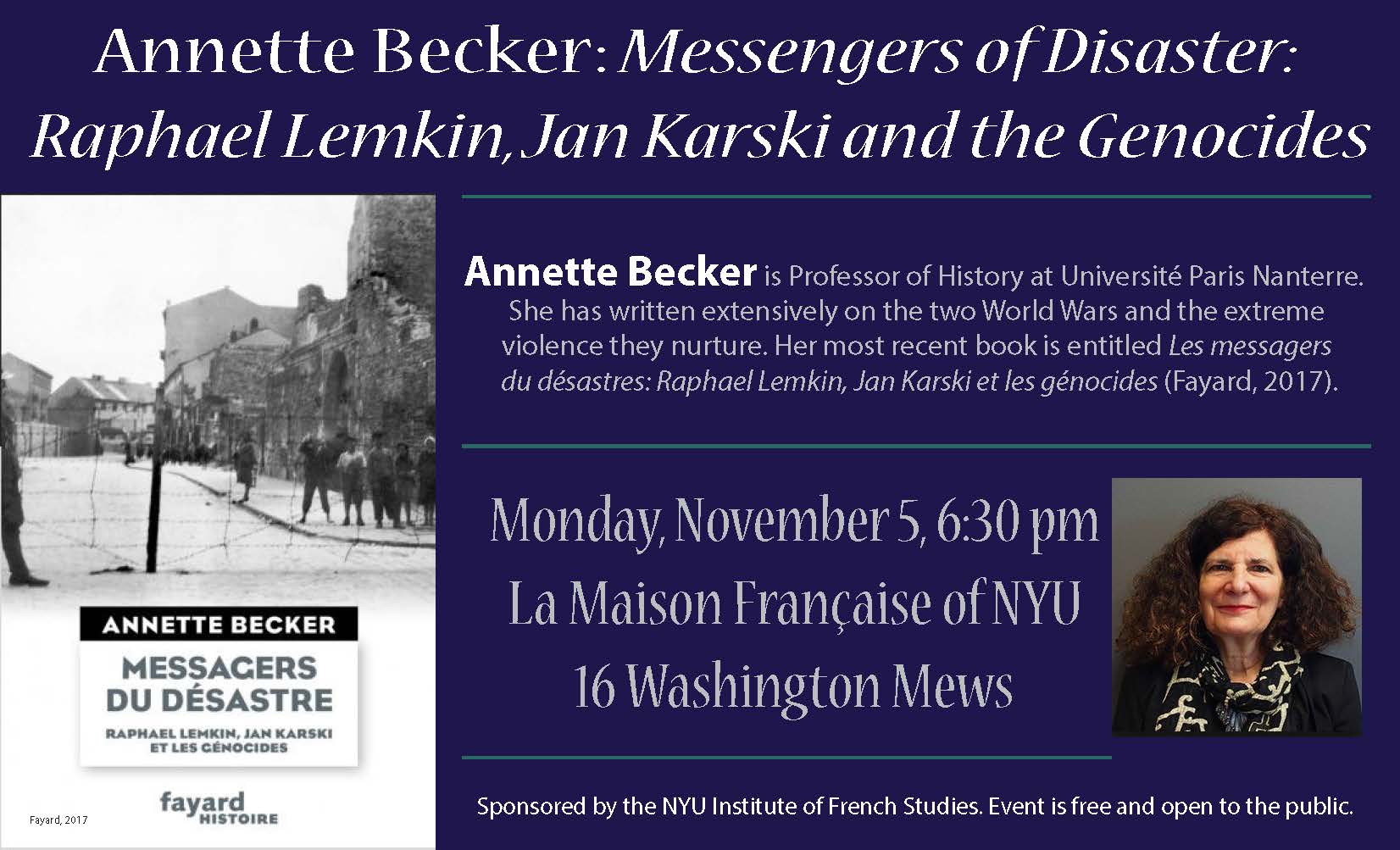