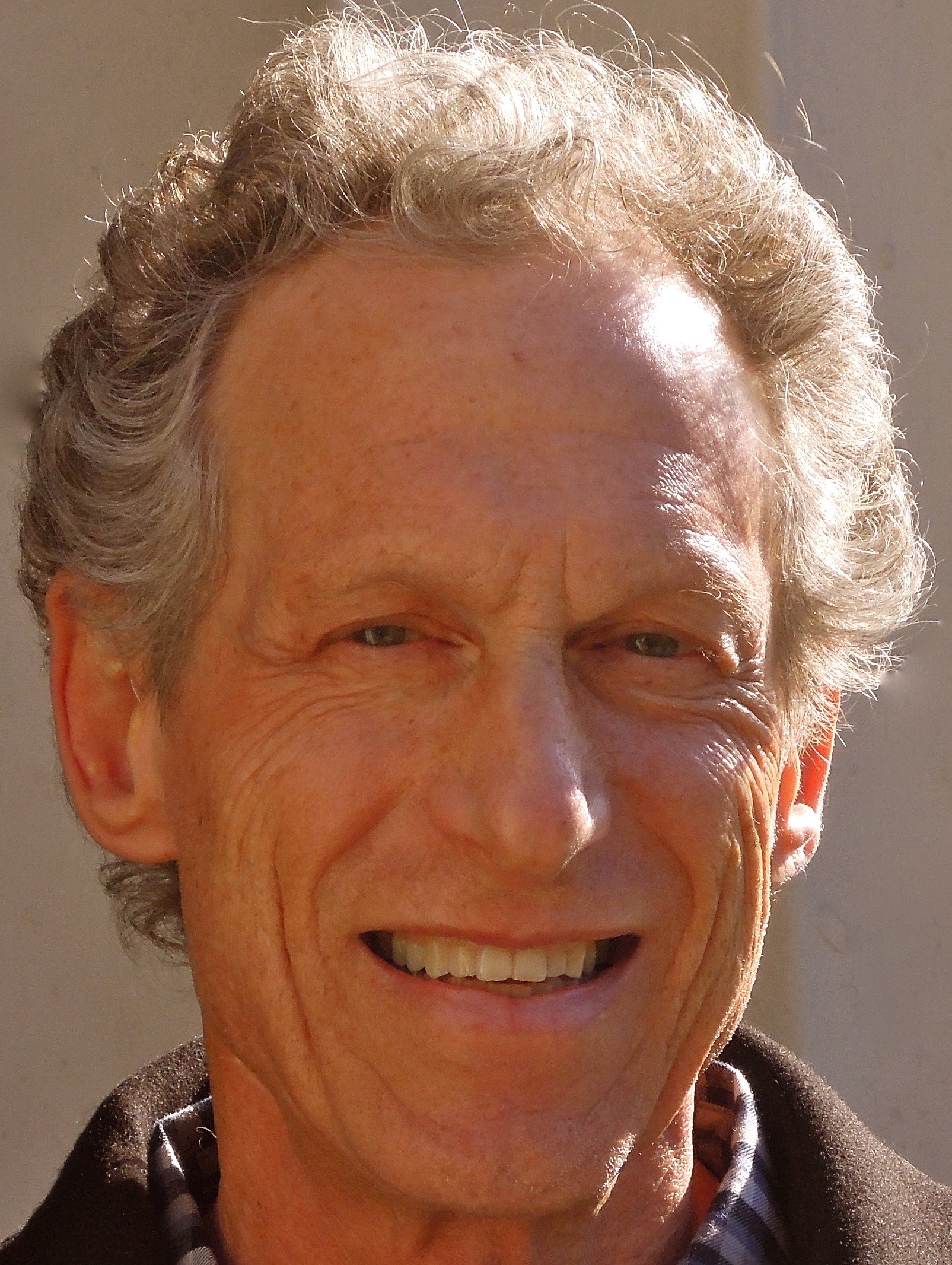 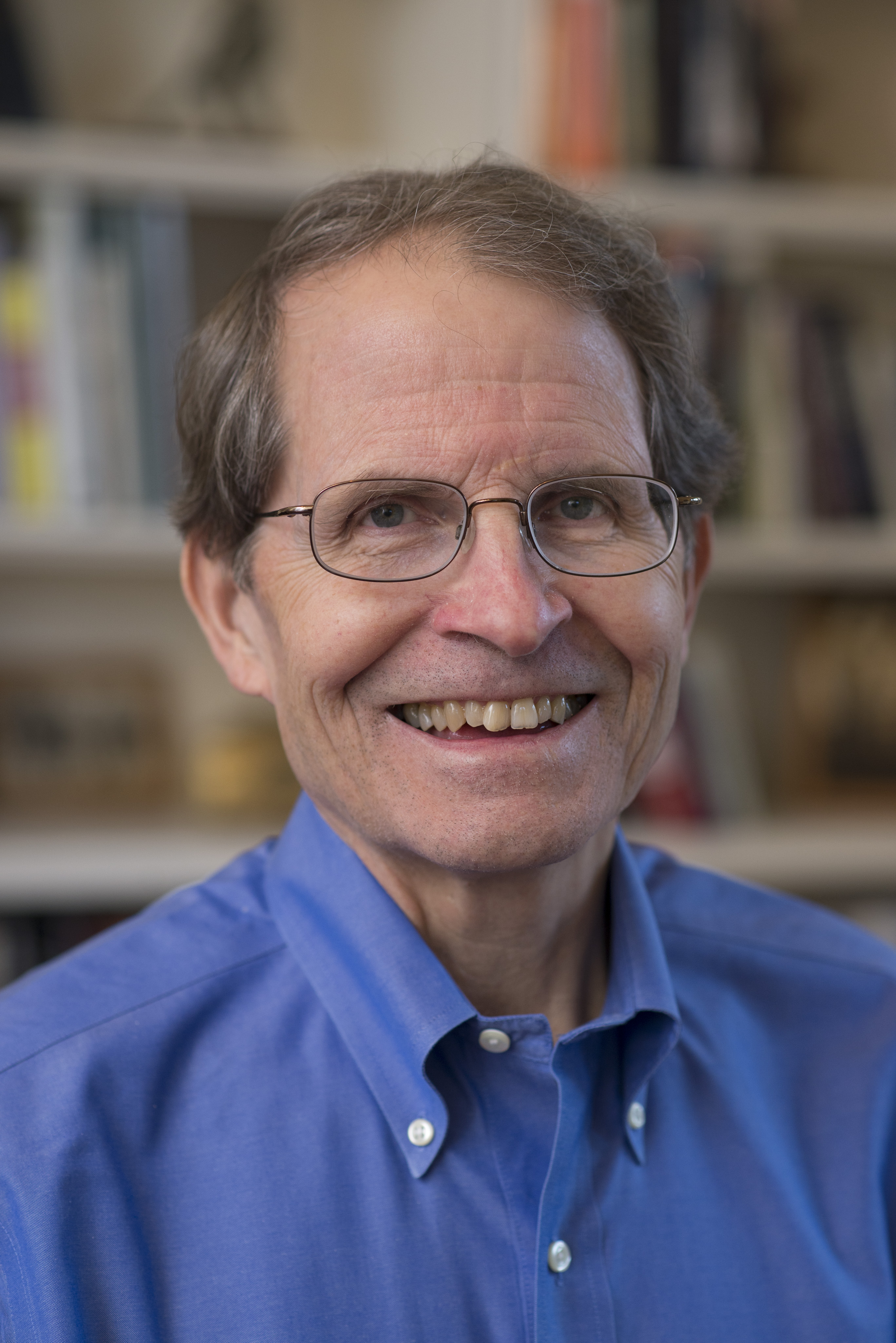 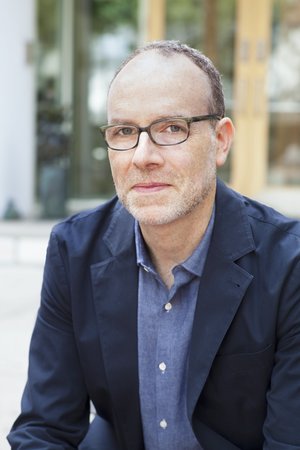 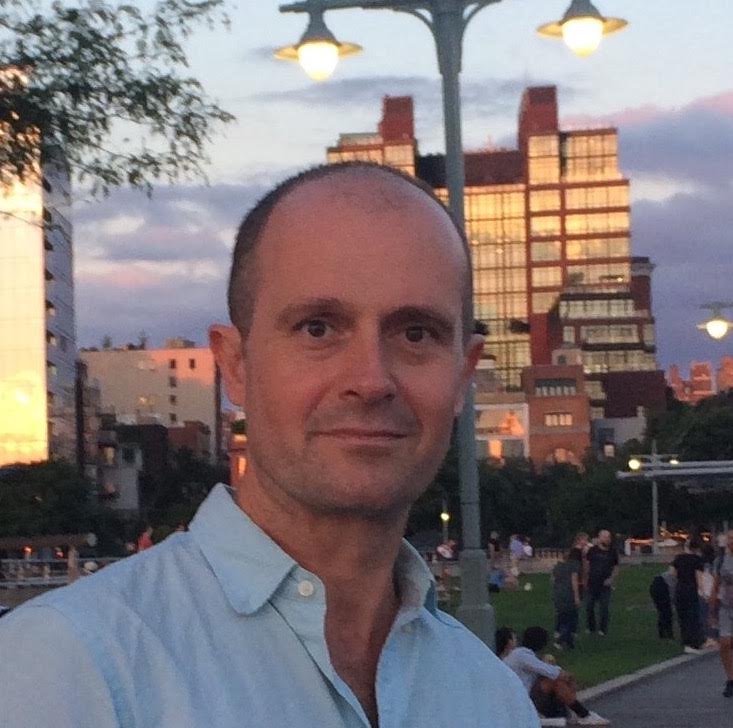 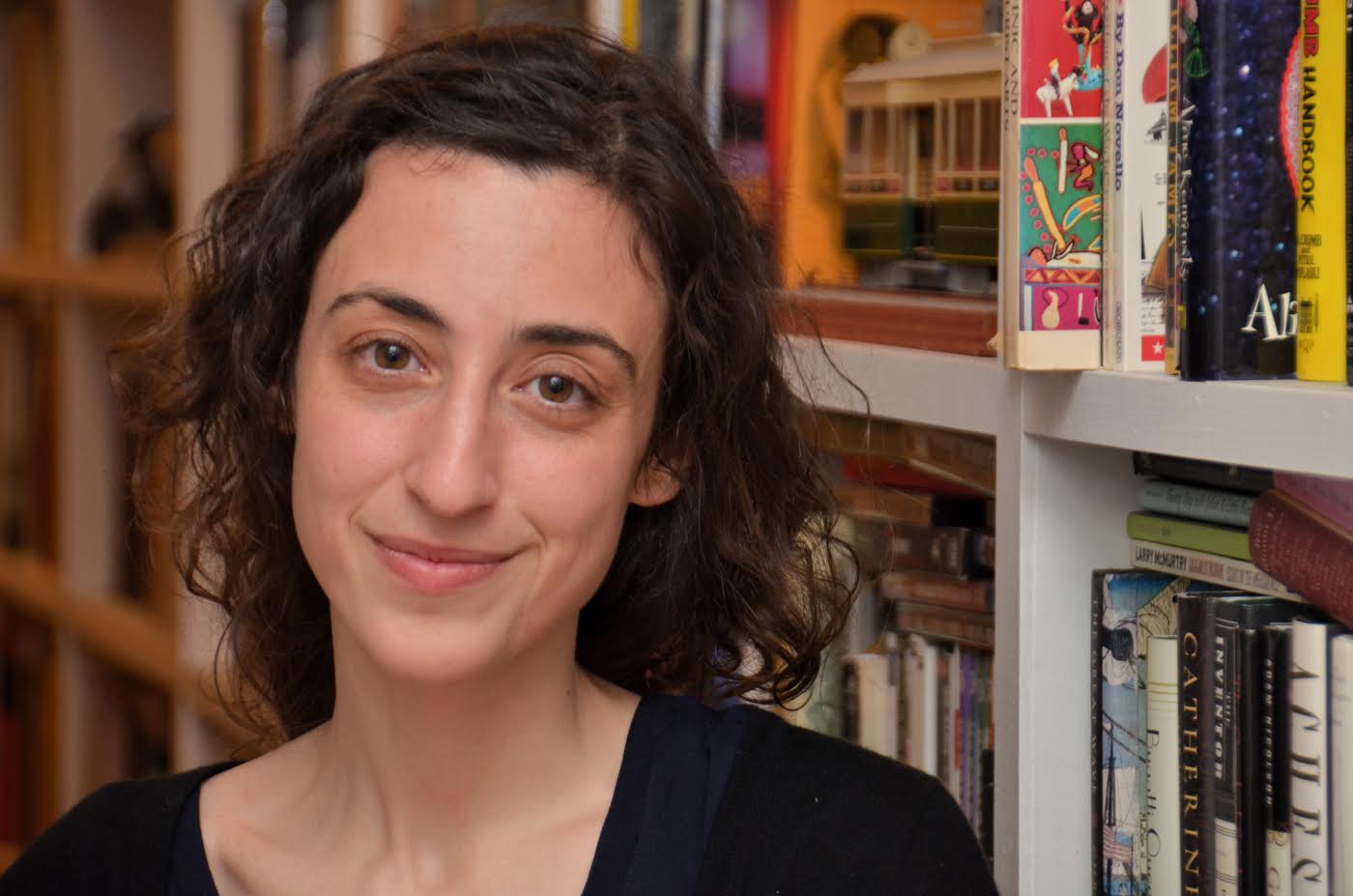 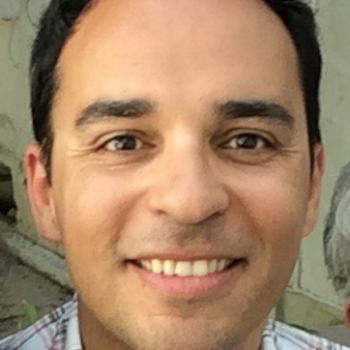 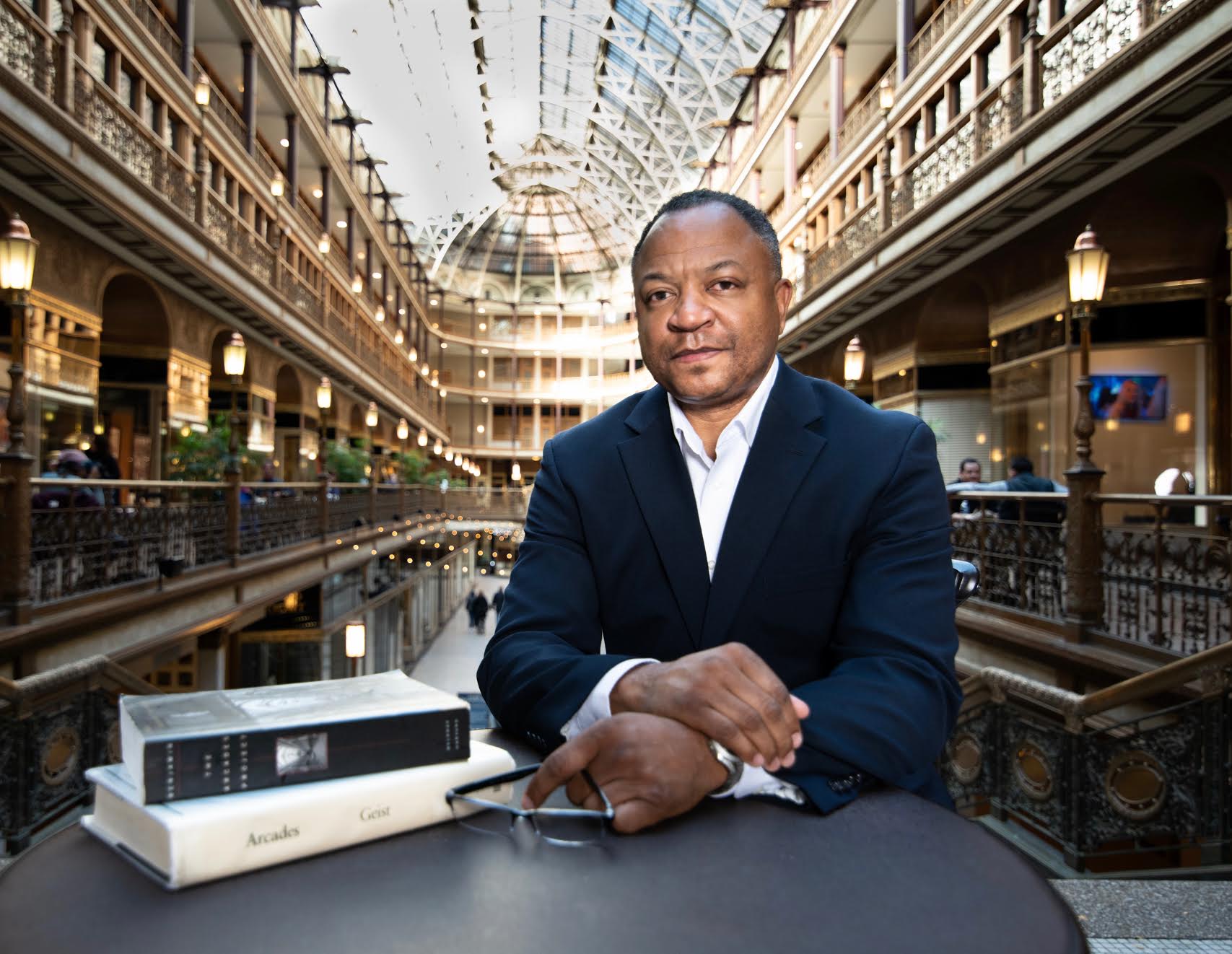 Craig Lanier Allen is a historian of US foreign relations. He focuses primarily on the history of American exile and expatriation.  He is a former foreign area specialist with military and diplomatic postings in Paris, the Maghreb, Sarajevo, Panama, and Seoul.  He was also the founding director of the Museum of the American in Paris Association, a non-profit organization dedicated to the creation of a museum to commemorate the history of Americans in Paris.

He has taught at the University of Southern California, the Claremont Colleges, the United States Air Force Academy, George Washington University, the Catholic University of America and Case Western Reserve University on topics ranging from U.S. national security policy to the urban history of Paris and the history of espionage in film.

His current book project, The Café Tournon: Exile, Resistance, and Surveillance on the Left Bank explores the history of a small, seemingly unremarkable Parisian café told through the prism of its significance as a lieu de mémoire, and its centrality as a place of interwar exile, wartime resistance under German occupation, and a target of Cold War surveillance by American intelligence agencies. 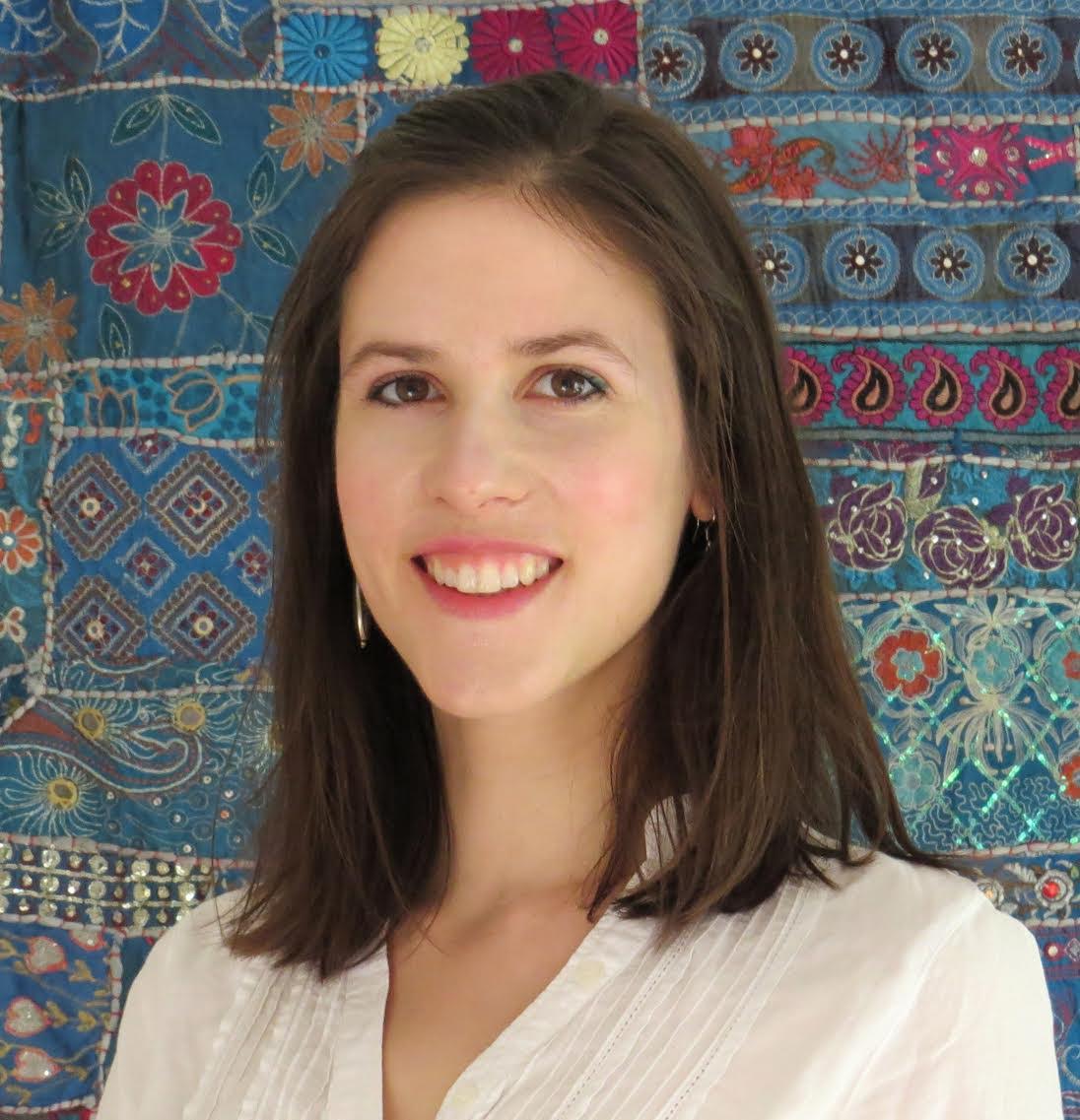 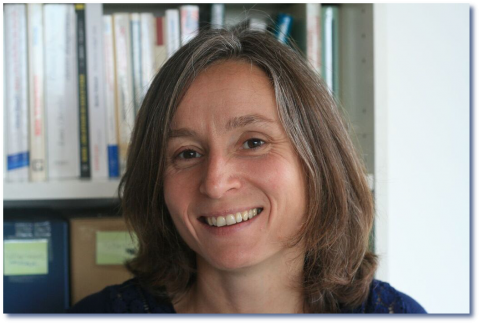 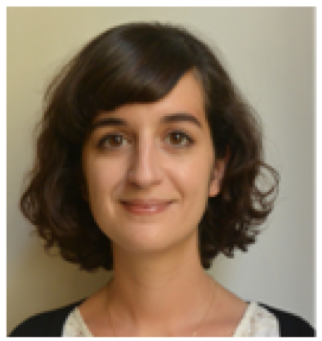 Our first fall visiting professor was Sophie Kurkdjian, a historian of media (CNRS) whose work centers around fashion and images of fashion in the twentieth century. She has set up Culture(s) de Mode, a network of scholars whose research explores fashion, and currently co-leads a research seminar on the history of fashion (IHTP/CNRS). She was in residence at the IFS in September-October 2019. 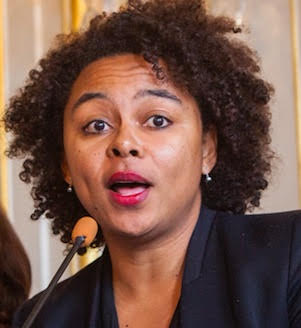 Our second visiting professor, Audrey Célestine is a political scientist at the Université de Lille and an expert in the historical sociology of the state as seen from its overseas territories. In 2016, she was appointed to a five-year term at the Institut Universitaire de France. She was at the IFS between October and December 2019. 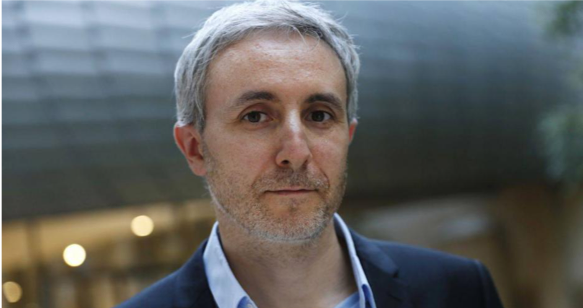 Our third visiting professor is Ivan Jablonka, a Professor of Contemporary History at the Université Paris-XIII-Nord whose wide-ranging scholarship on twentieth-century French history encompasses children and orphans, the welfare state, Jean Genet, and the fate of his grandparents, Jewish refugees from Poland in occupied France. Among other books, he has written the path-breaking History of the Grandparents I Never Had (2012) and Laëtitia ou La fin des hommes (2016), which won the Médicis Prize. Ivan Jablonka is also one of the editors of the online multi-disciplinary magazine laviedesidees.fr. His residence at the IFS will last from January to March 2020.

Our last visiting professor is Thomas Piketty, a world-famous economist (EHESS, Paris School of Economics) who has undertaken pioneering historical and theoretical work on the interplay between economic development, the distribution of income and wealth, and political conflict. In particular, he is the initiator of the recent literature on the long run evolution of inequalities in income distribution (now available in the World Inequality Database), and popularized quantiles as a simple way to measure wealth inequalities (“the 1%”). His international bestseller Capital in the Twentieth Century (2013) was a major intervention in debates on patterns of global wealth inequalities. Piketty is an advocate of income redistribution through a progressive global tax on income and wealth. He will be in residence at the IFS between March and May 2020. 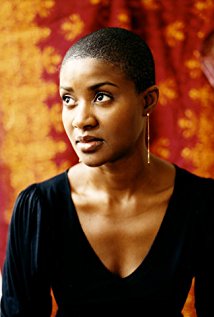 Isabelle Boni-Claverie is a writer, screenwriter, and director whose latest documentary, Trop noire pour être française (2015), explores race relations in contemporary France by interviewing French citizens as well as scholars. The IFS organized a rich discussion around this film, and we were delighted to welcome her as a spring visiting professor. Isabelle Boni-Claverie has written for many French publications, taught film, and directed a number of short and long features for TV and cinema. She taught a course on diversity in French-language cinema and organized a film festival on diversity in the cinema of France and other countries. Students in her course contributed to the organization of this festival [course taught January-mid-March]. 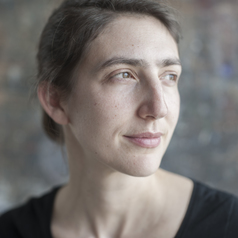 Sarah Gensburger is a political scientist and historical sociologist at the CNRS whose expertise encompasses private and public forms of memory, the sociology of the state, and the politics of commemoration, especially as it concerns Jews in WWII France. She has published several books on the commemoration of WWII rescue, Nazi labor camps in France, the wartime looting of artworks, the sociology of memory, and more recently the aftermath of the 2015 terrorist attacks in Paris. Sarah Gensburger taught a summer course for NYU in 2015, “World War II in Paris and Its Afterlives.” In 2019, she taught a course on the politics of memory in contemporary France [course taught mid-March-early May]. 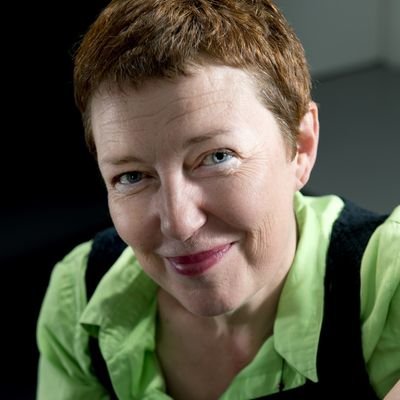 Christine Bard is one of the few French scholars to hold a chair in the history of women, gender, and feminism (at the University of Angers). Christine Bard’s wide-ranging scholarship encompasses works on 20th-century feminism, clothing and gender, cross-dressing, anti-feminist discourse, and more. Christine Bard’s activities also include a Guide des sources de l’histoire du féminisme, a collection of books entitled Archives du féminisme, and a key role in the foundation of the Centre des archives du féminisme in Angers. Her course revolved around feminist movements in contemporary France [course taught early September-mid-October]. 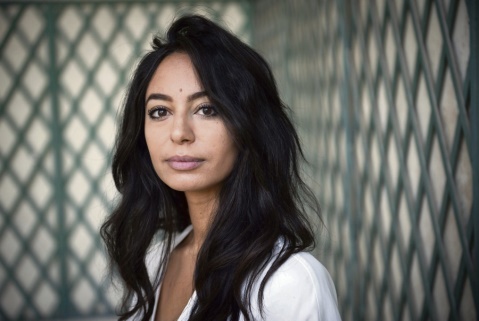 Kaoutar Harchi is a sociologist of culture whose work revolves around (a) Francophonie as an intellectual and social field and (b) the trajectories of Algerian novelists who have obtained recognition in France. (She has also published three novels.) Her recent book Je n’ai qu’une langue et ce n’est pas la mienne (2016), which blends textual and sociological modes of analysis, focuses on Algerian novelists Kateb Yacine, Assia Djebar, Boualem Sansal, and others. Kaoutar Harchi’s course accordingly explored the politics and aesthetics of recent Algerian literature to trace the construction of the category francophonie within the French literary field. Students gained an introduction to key literary works, to modes of thinking about ‘francophone’ literature, and to the sociology of literature as a method. Kaoutar Harchi was a ‘joint’ visiting professor, invited by the IFS as well as the French Department [course taught mid-October-early December]. 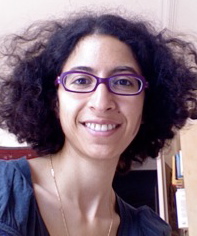 Yasmine Bougga's summer course explored questions of migration and asylum in France today. Yasmine is a sociologist at the CNRS who specializes in such questions, with a focus on justice, penal institutions, and the sociology of law. Following a short historical overview of French asylum policies since the French Revolution, students explored the contemporary situation, with units on migratory routes; state institutions and procedures; associations and alternative media; forms of militancy and solidarity, and finally the migrants’ own modes of action (associations, cultural centers, etc.). The course included several site visits and conversations with local actors. 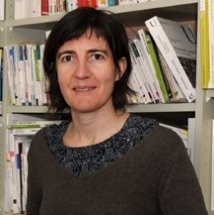 Marie Cartier is a sociologist at the University of Nantes whose research revolves around the sociology of work, the ethnography of social classes, and gender and care work. Her publications encompass the public sector and social mobility (using mailpersons as a case-study), methods in the ethnography of work, what she calls ‘the France of the Low Middle Class,’ and social stratification. As a visiting professor at the IFS, Marie Cartier taught a spring course entitled La France des classes populaires, a blend of theoretical and empirical approaches. Students thought about the popular class as an analytical category, discovered different methods of sociological analysis, and reflected on the ways in which certain social groups are represented in contemporary France. 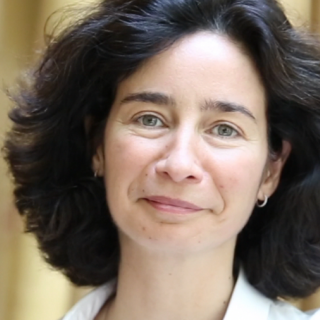 Sabine Effosse is a historian at the Université Paris Nanterre working at the intersection of economic, social, and cultural history. Her first book explored the financing and development of state-subsidized housing after World War II in France. She then turned to postwar mass consumption more broadly, with a focus especially on the rise of consumer credit, the gender dynamics of France as a consumer society, and the evolution of the “art” of purchasing. After publishing a major book on this subject she is now working on the banking sector and women (as employees and customers) in twentieth-century France. Her course at IFS in Spring 2018 explored consumer cultures in France from the rise of the department store in the late nineteenth century to the blossoming of the country as a full-scale consumer society in the 1960s. 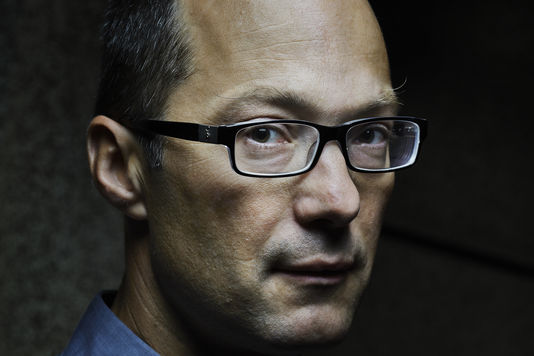 Antoine Lilti is a historian at the EHESS and a specialist of the eighteenth century and a former editor of the prestigious journal Les Annales. His first book, The World of the Salons, examines literary salons and elite sociability in pre-revolutionary France. His second book, The Invention of Celebrity, argues that the mechanisms of celebrity were developed in Europe during the Enlightenment, well before films, yellow journalism, and television, and then flourished during the Romantic period on both sides of the Atlantic. At the IFS in Fall 2017, Antoine Lilti taught a course — Publics, Media, Publicity — that explored the fundamental ambiguity of the modern public, in connection with commercial publicity, media communication, and the political sphere. 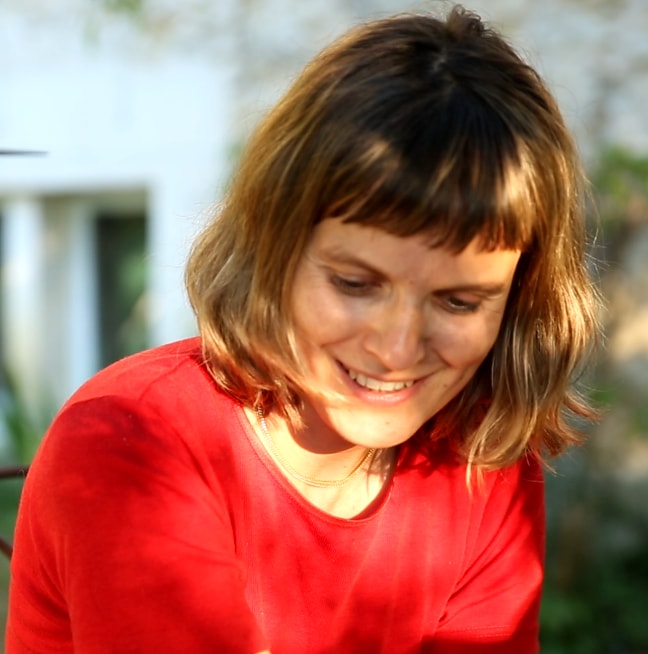 Sylvie Tissot is a Professor of Political Science at the University of Paris-8 and conducts research at the intersection of class analysis and urban studies. Her areas of research include urban policy and spatial segregation (with a comparative focus on France and the U.S.), the sociology of gentrification, and the construction of analytical categories and media discourse. Her current research project is a comparison of gay-friendly attitudes in New York and Paris. Tissot is also a feminist activist. As the co-founder of the website Les mots sont importants (http://lmsi.net), she is engaged in public debates about feminism, race and religion. With her sister Florence Tissot, she has made two documentaries about the French feminist Christine Delphy. Students in her Fall 2017 IFS course, La question urbaine en France, drew from history and especially social sciences to grasp the changing organization of Paris and its suburbs. 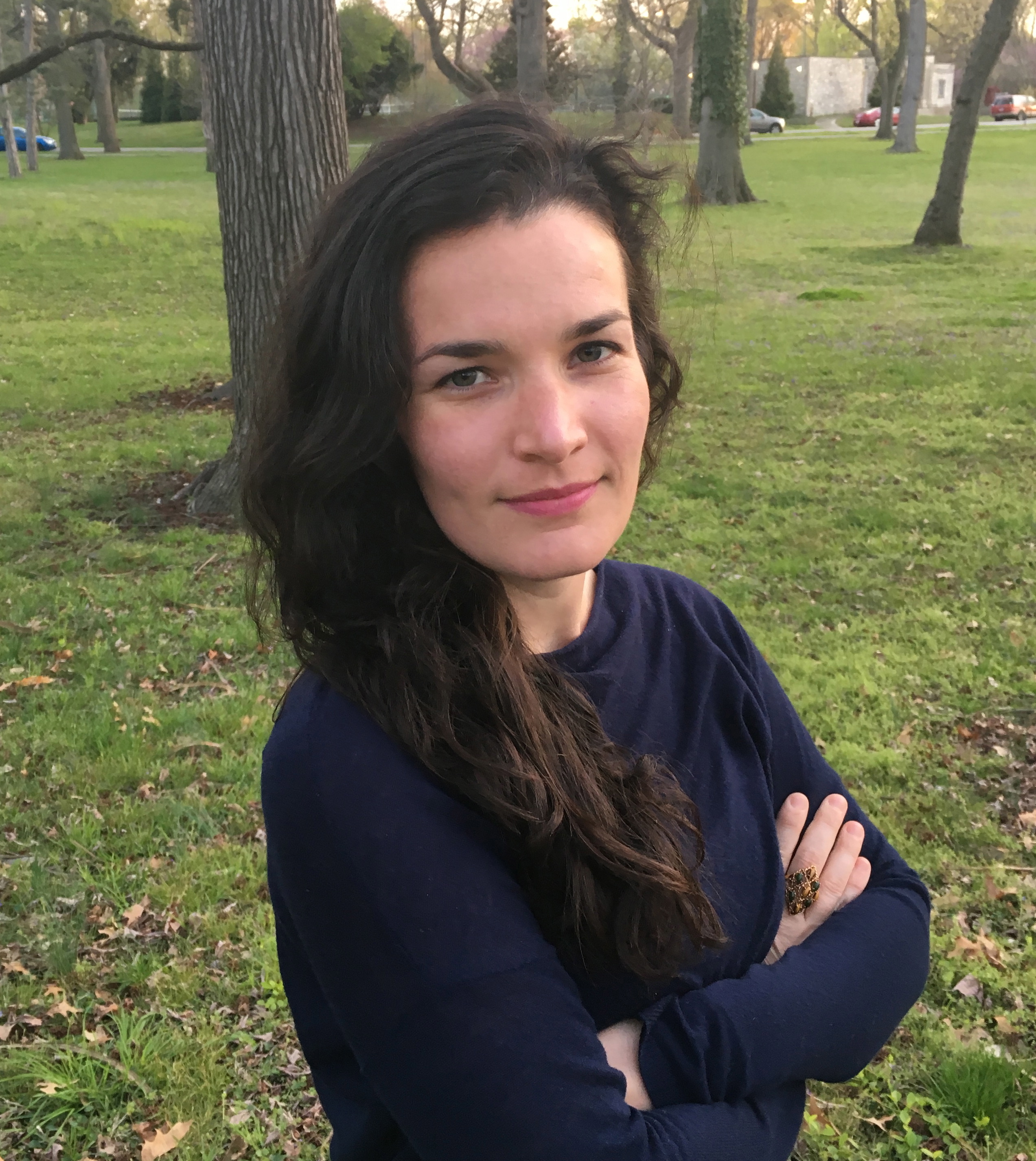 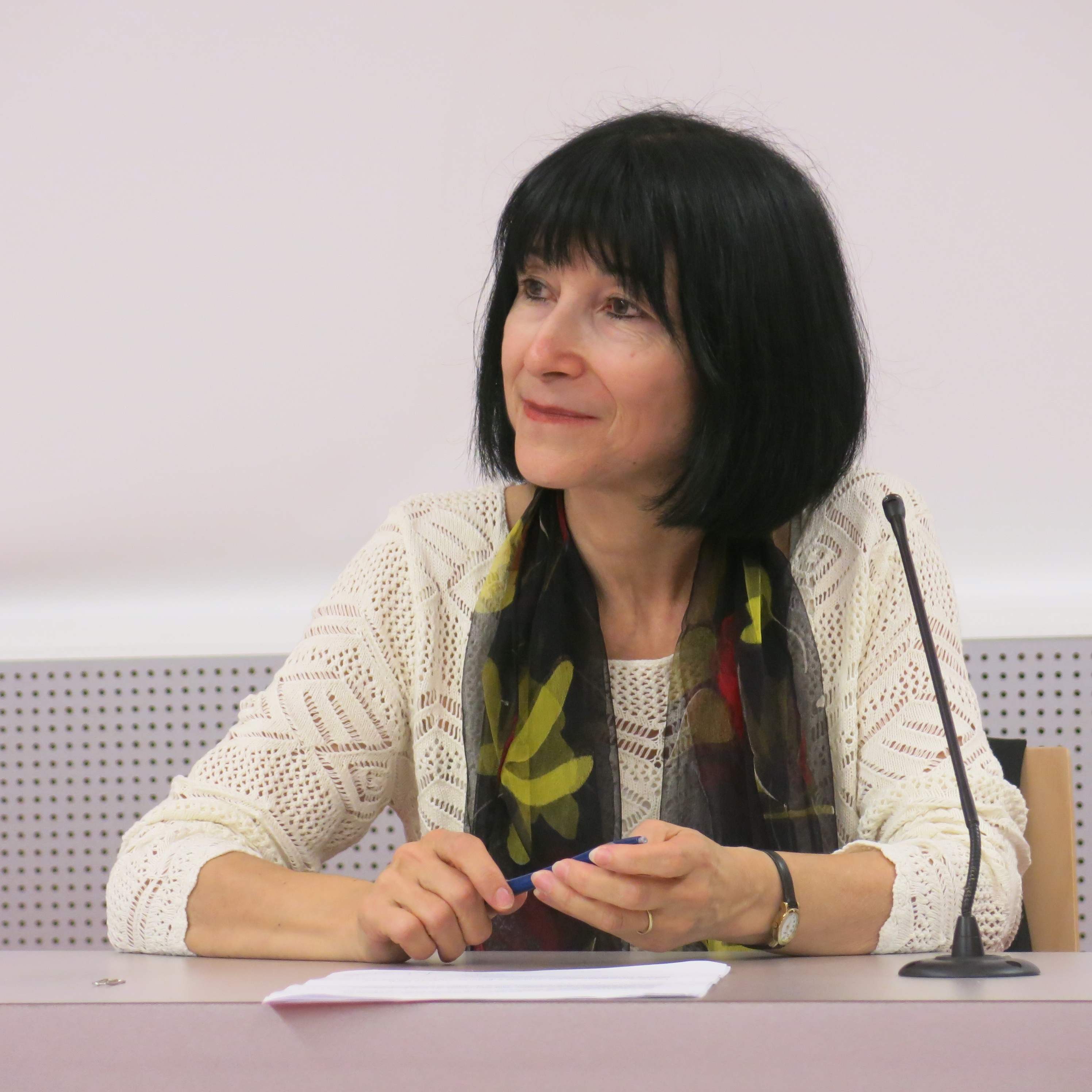 Research Interests: 19th-Century Literature and Thought; History in Fiction, Fiction in History; Representation of the Family in Fiction and Non Fiction; Theory of the Novel 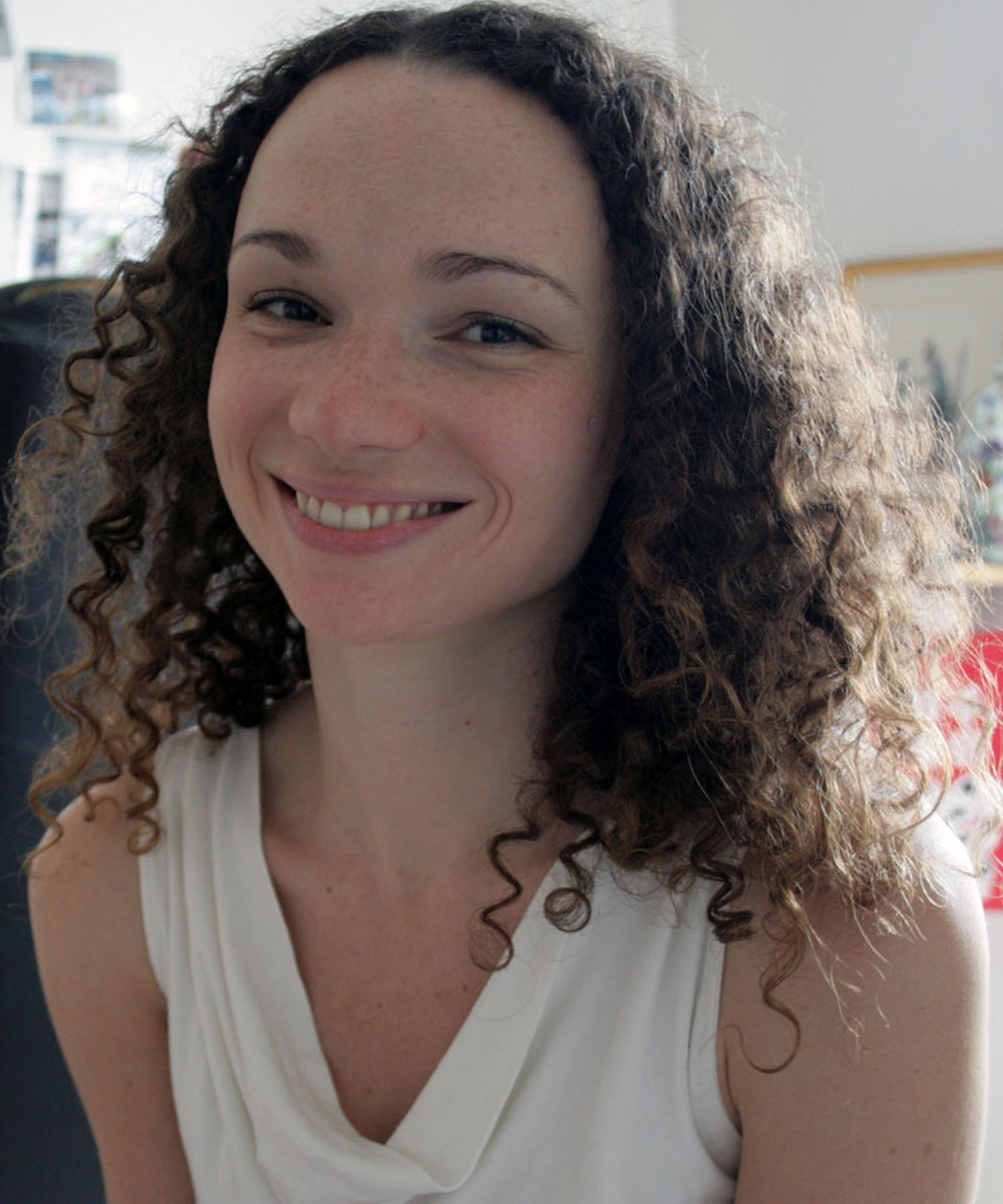 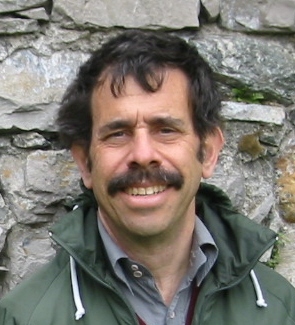 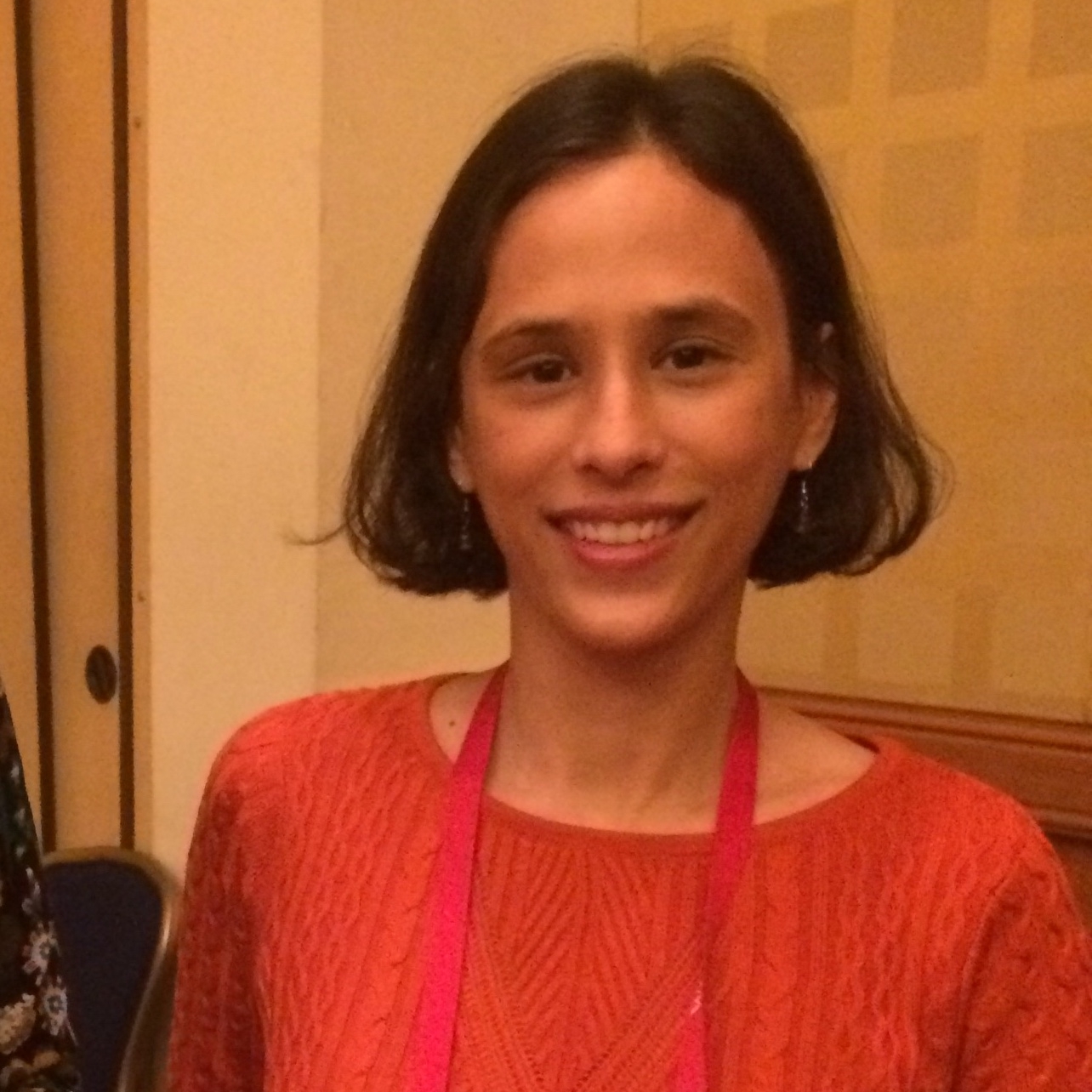 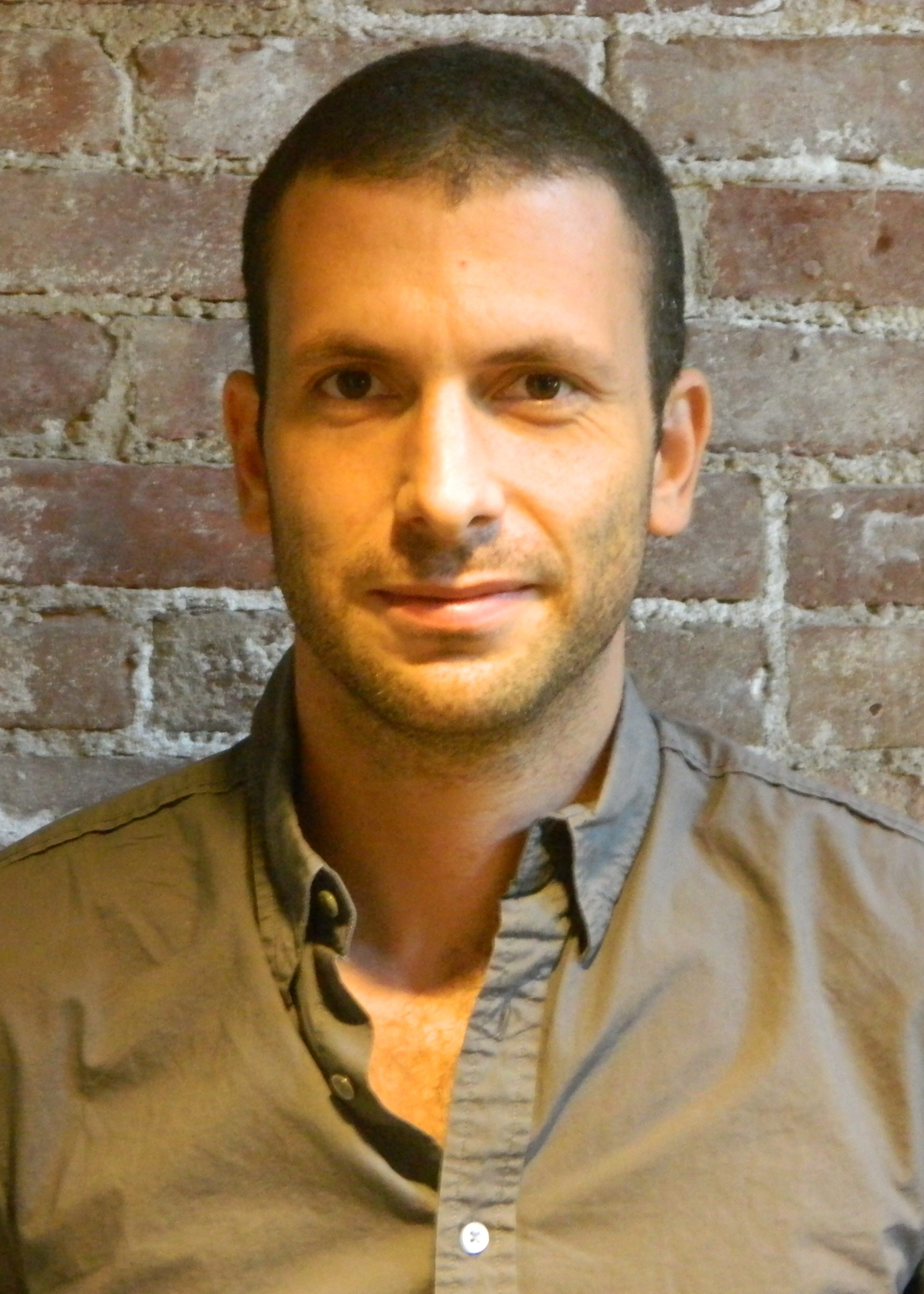 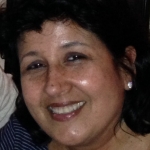 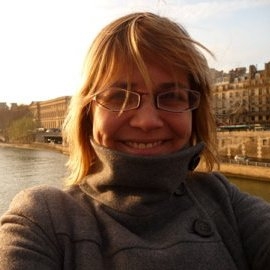 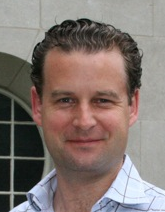