This talk aims to understand the place of astroculture in the development of space law, focusing on the work of legal scholars in the early Space Age. From a prevailing geopolitical perspective, the 1967 Outer Space Treaty is generally seen as a strategic compromise between the US and the USSR. Yet officials on both sides shared views on the future of space exploration that may have influenced the negotiations. Moreover, they were not alone in constructing space law: the thought and engagement of early space jurists can help to understand what space law was to be and what kind of space exploration was expected. Indeed, the basic principles of space law were already being conceptualized by some legal scholars in the early 1950s, even before space exploration began to be considered a serious issue. In these writings, calls for the internationalization of space were already dominant – in contrast to the evolution of space law today. 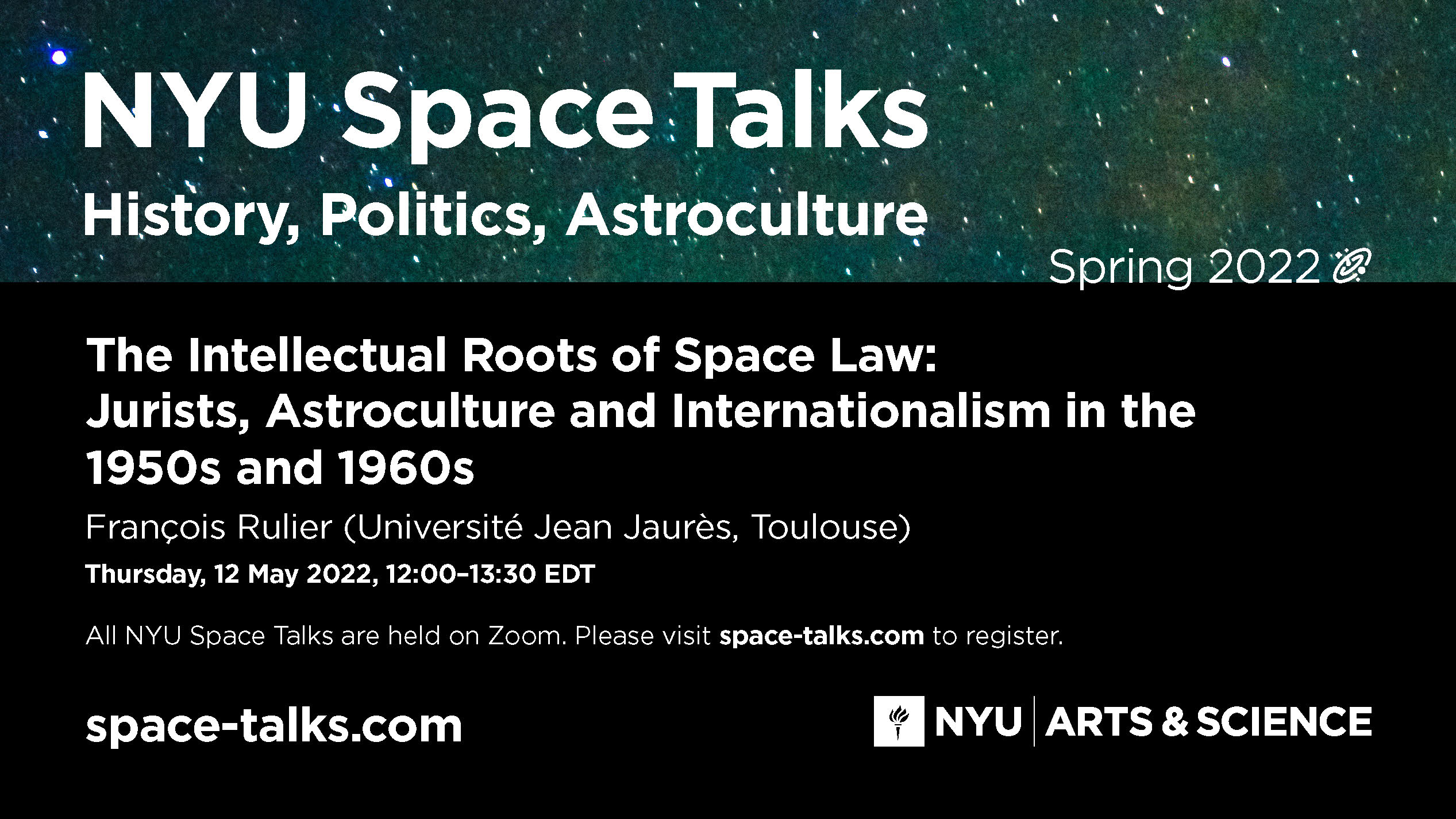