The Apollo-Soyuz Test Project (ASTP) that resulted in the first joint American-Soviet space mission became an important symbol of détente during the 1970s. The public relations teams on both sides sold the joint space flight as an expression of friendship, and the media around the world promoted the image of a handshake in space that might foster rapprochement between the Cold War rivals on Earth. However, the decision-making behind the scenes was difficult, shaped by anxieties and mistrust. The talk shows how Cold War rivalry entered the American-Soviet space partnership and made parity one of its central questions. The focus on parity affected management of the project, the presentation of ASTP to the public, and even the technology developed for the rendezvous and docking of the two spacecraft. 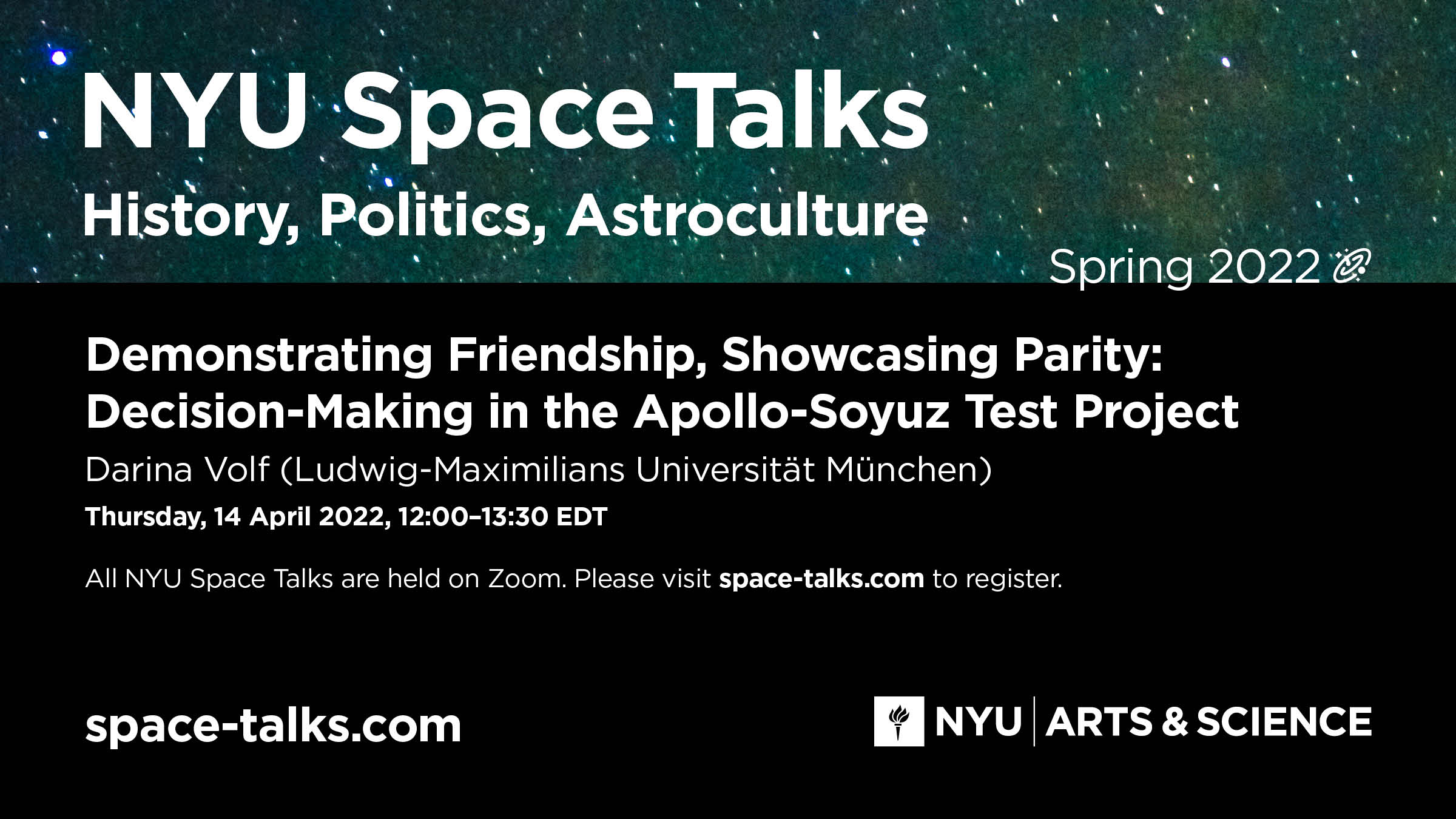