Tariq Ali is a writer and filmmaker. He has written more than two dozen books on world history and politics, and seven novels (translated into over a dozen languages) as well as scripts for the stage and screen. His works include: The Extreme Center, The Obama Syndrome, and Speaking of Empire and Resistance. He is an editor of New Left Review and lives in London. 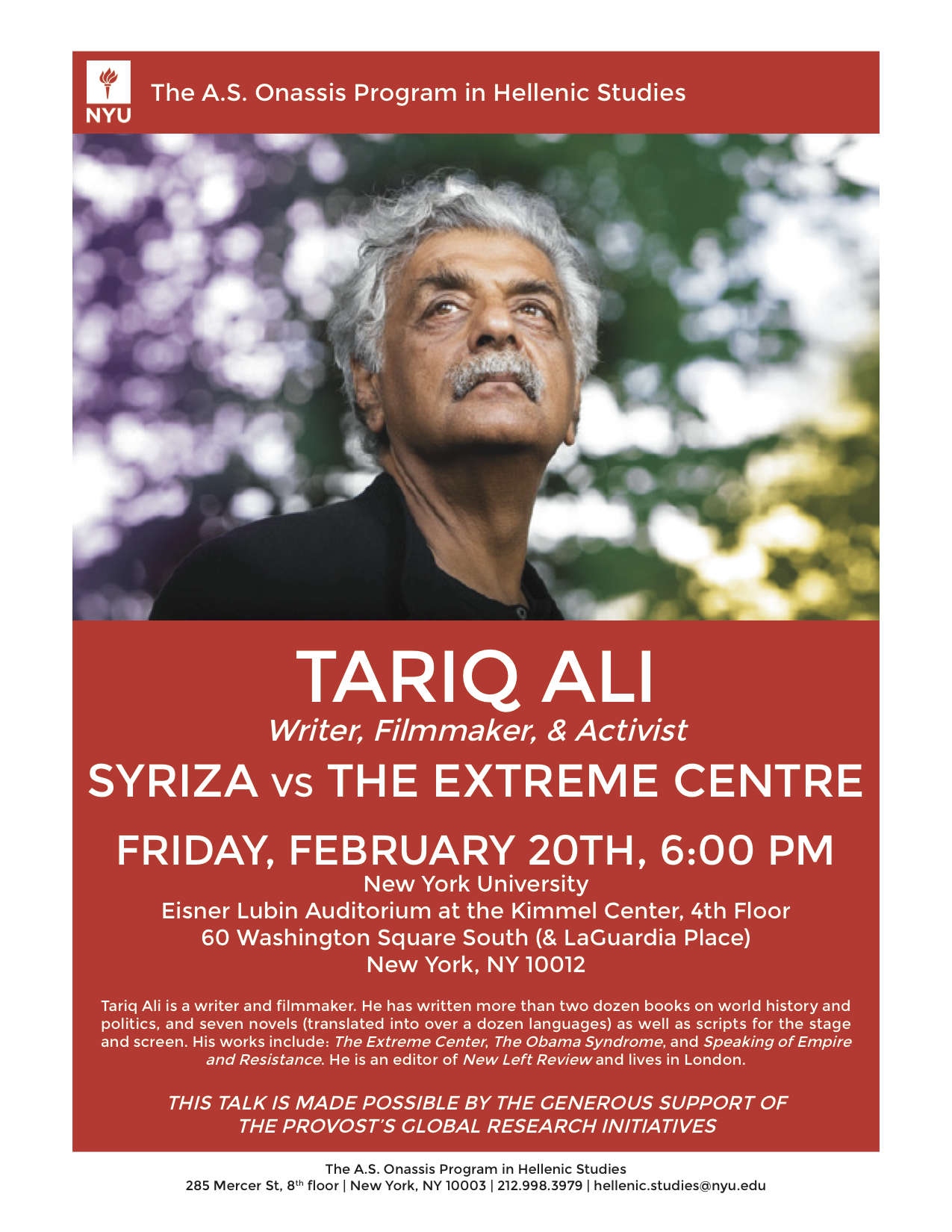