Free tickets for Comrade Dov available via this link.

Free tickets for Samaritan available via this link. 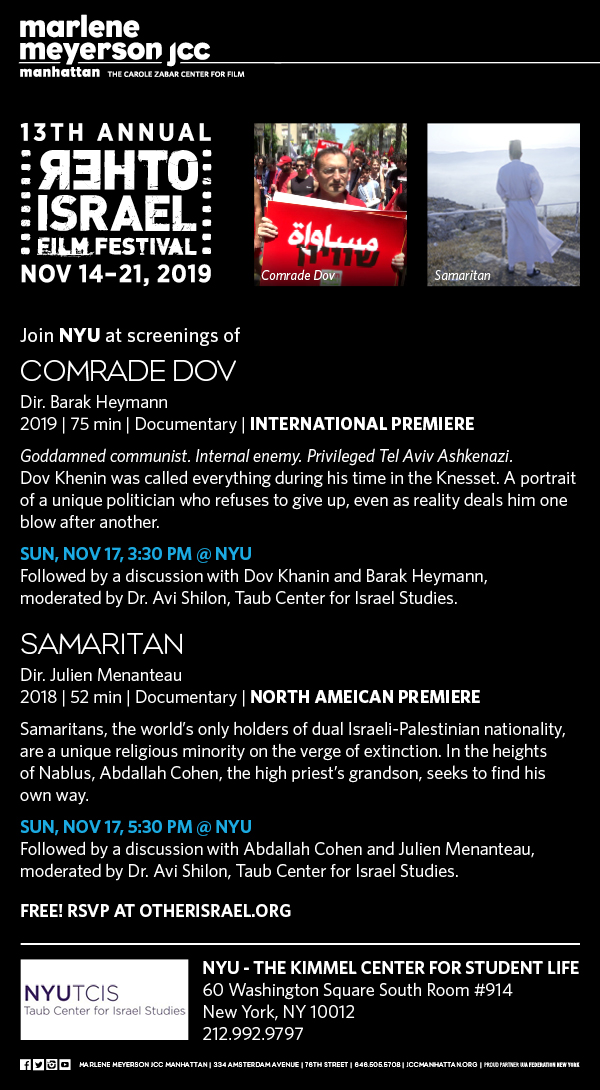 Goddamned communist. Internal enemy. Privileged Tel Aviv Ashkenazi. Dov Khenin was called everything during his time in the Knesset. A portrait of a unique politician who refuses to give up, even as reality deals him one blow after another.

Followed by a dicussion with Dov Khanin and Barak Heymann, moderated by Dr. Avi Shilon

Samaritans, the world’s only holders of dual Israeli-Palestinian nationality, are a unique religious minority on the verge of extinction. In the heights of Nablus, Abdallah Cohen, the high priest’s grandson, seeks to find his own way.

Followed by a discussion with Abdallah Cohen and Julien Menanteau, moderated by Dr. Avi Shilon.

For film previews, and more information on the Other Israel Film Festival, please visit