This event is free and open to the public. Light kosher refreshments will be served. 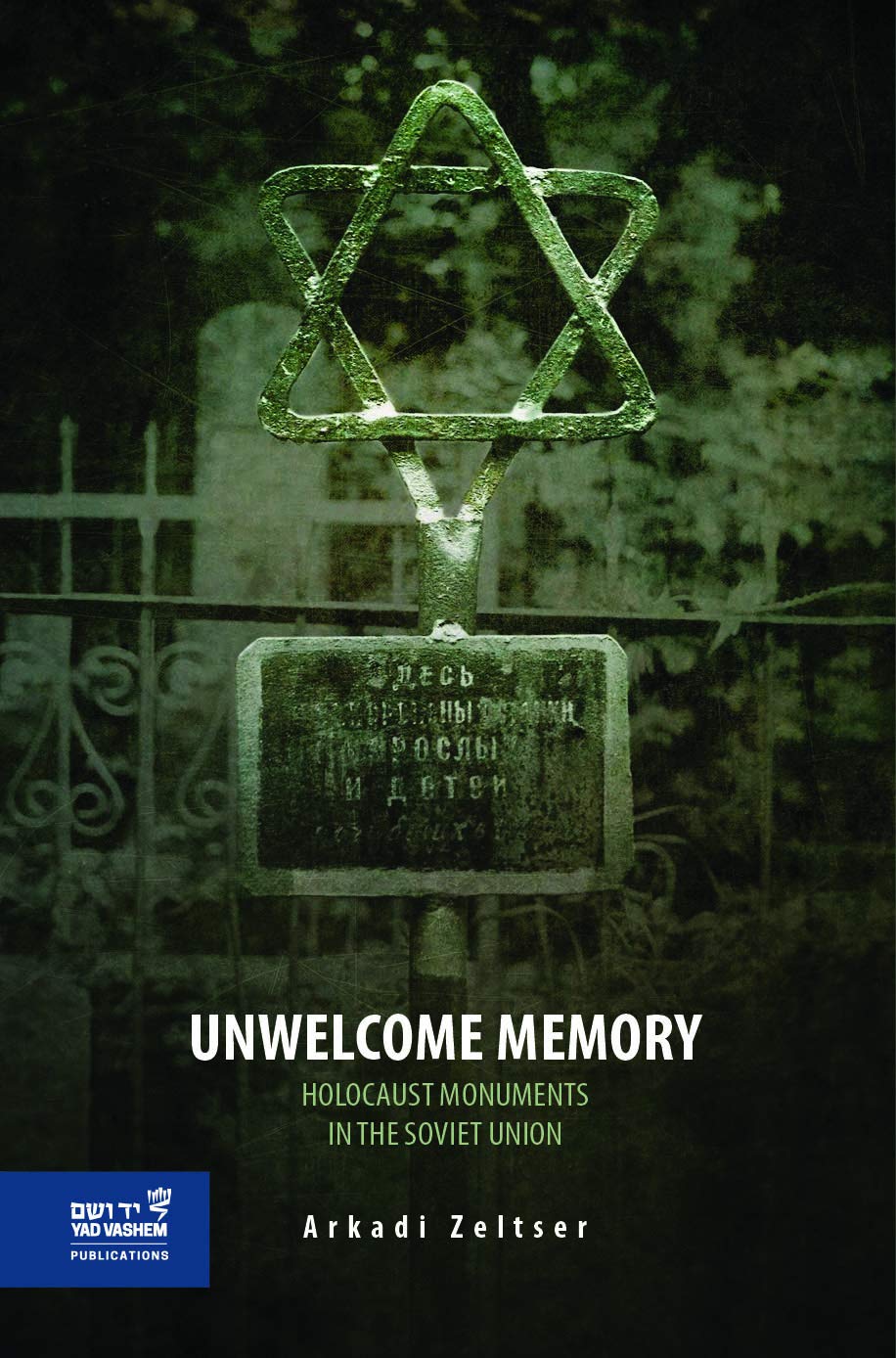 With deep gratitude to Eugene Shvidler whose generosity is making possible the research and preparation of "A Comprehensive History of Jews in the Soviet Union" an ongoing project directed by the NYU Skirball Department of Hebrew & Judaic Studies.

Further thanks go to the American Society for Yad Vashem for providing valuable support on this event.

Dr. Arkadi Zeltser is director of the Moshe Mirilashvili Center for Research on the Holocaust in the Soviet Union of The International Institute for Holocaust Research at Yad Vashem in Jerusalem. His fields of interest are the Holocaust in the USSR, Soviet propaganda in Yiddish during World War Two, Jewish memory on the Holocaust, Jewish-Gentile relations, and the participation of Jews in the NKVD. He is author of the book The Jews of the Soviet Provinces: Vitebsk and the Shtetls 1917 – 1941, which was published in Russian in Moscow in 2006 and an editor of collection of letters To Pour Out My Bitter Soul: Letters form the USSR 1941 – 1945 that was published in 2016 by Yad Vashem.

David Engel is Greenberg Professor of Holocaust Studies, Professor and Chair of Hebrew and Judaic Studies, and Professor of History at New York University and a senior fellow of the Goldstein-Goren Diaspora Research Center at Tel Aviv University. A member of the Academic Committee of the United States Holocaust Memorial Museum, Prof. Engel is the author of six books on aspects of twentieth-century Jewish history and historiography, including In the Shadow of Auschwitz, Facing a Holocaust, and Historians of the Jews and the Holocaust. Prof. Engel is also the long-time editor of the journal Gal-Ed: On the History and Culture of Polish Jews.

Anna Shternshis holds the position of Al and Malka Green associate professor of Yiddish studies and the director of the Anne Tanenbaum Centre for Jewish Studies at the University of Toronto. She received her doctoral degree (D.Phil) in Modern Languages and Literatures from Oxford University in 2001. Shternshis is the author of Soviet and Kosher: Jewish Popular Culture in the Soviet Union, 1923 - 1939 (Bloomington: Indiana University Press, 2006) and When Sonia Met Boris: An Oral History of Jewish Life under Stalin (New York: Oxford University Press, 2017). She is the author of over 20 articles on the Soviet Jews during World War II, Russian Jewish culture and post-Soviet Jewish diaspora. Together with David Shneer, Shternshis co-edits East European Jewish Affairs, the leading journal in the field of East European Jewish Studies.

Miriam Schulz is a Ph.D. Candidate in Yiddish Studies at Columbia University, New York, the Harriman PepsiCo Fellow 2018–2019, and currently in residence at the Jack, Joseph and Morton Mandel Center for Advanced Holocaust Studies at the United States Holocaust Memorial Museum as the Sosland Visiting Fellow. She completed her B.A. in Judaic Studies followed by a M.A. in Modern Judaism and Holocaust Studies at Freie Universität Berlin. Her main interests include Holocaust Studies, modern cultural and intellectual history of Jews in Eastern European generally and in the Soviet Union specifically. In her dissertation, Miriam is working on the Soviet Yiddish Holocaust discourse and commemoration unfolding ever since the beginning of World War II through the Cold War. She is the author of Der Beginn des Untergangs. Die Zerstörung der jüdischen Gemeinden in Polen und das Vermächtnis des Wilnaer Komitees (Berlin: Metropol, 2016). For her monograph, Miriam was awarded both the “Scientific Award of the Polish Ambassador in Germany” (special mention) and the “Hosenfeld/Szpilman Memorial Award.”

Marlene Warshawski Yahalom, PhD, is the Director of Education for the American Society for Yad Vashem. She is responsible for educational outreach and programs, professional development, teacher training and traveling exhibitions to raise the public’s awareness of the lessons of the Holocaust. She also serves on the Education Advisory Board of the Rose and Sigmund Strochlitz Holocaust Resource Center, Jewish Federation of Southeastern Connecticut, the Advisory Board of PRISM: an interdisciplinary journal for Holocaust educators, and on the Advisory Board of the Holocaust and Genocide Center at the College of St. Elizabeth. Dr. Yahalom earned her Ph.D. in Sociology from Columbia University and wrote her thesis on “The Role of Archives in Remembering the Holocaust: a Study in Collective Memory.” She also taught courses on the Holocaust - History and Collective Memory of the Holocaust, and Holocaust, Law and Human Rights. Dr. Yahalom is the child and grandchild of Holocaust Survivors.