Happy Birthday, Molly! Celebrate East and West and the Other Migrating Identities 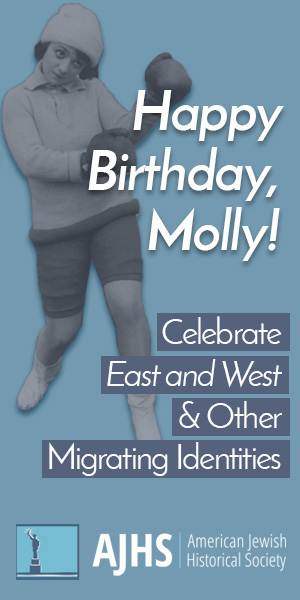 Join us for a live score and film screening of the silent film classic East and West (1923) presented with live music by Pete Sokolow and Michael Winograd (Klezmer Trio, Sandaraa) performing a score written by Sokolow and Henry Sapoznik in 1991. This rare/ important/ delightful film was restored by The National Center for Jewish Film (www.jewishfilm.org) with new English intertitles. This program celebrates the 121 birthday of the star of East and West, Molly Picon, highlighting her talented bridging of multiple geographies and identities in her performances, prompting us to consider today’s concepts of East versus West, immigration, diaspora, and identity.

This delightful comedy that scholar Jeffrey Shandler famously called “anti-nostalgic”, East and West  as Morris Brown, a New Yorker better acquainted with his checkbook than his prayerbook, returns to Galicia with his very American daughter, Mollie, for a family wedding. The bride, daughter of his traditionally observant brother, and Mollie, whose exuberant antics fill the film, could not be more different. But Mollie unexpectedly meets her match, an engaging young yeshiva scholar who forsakes tradition and joins the secular world to win her heart. East and West  classic scenes of Molly Picon lifting weights and boxing, teaching young villagers to shimmy and stealing away from services to gorge herself before sundown on Yom Kippur. Underlying these hijinks is filmmaker Goldin's affectionate appreciation of the differences and tensions inherent in immigration.