Join us for lunch and a presentation by Dr. Ismar Schorsch,  chancellor emeritus of The Jewish Theological Seminary and Rabbi Herman Abramovitz Professor of Jewish History. 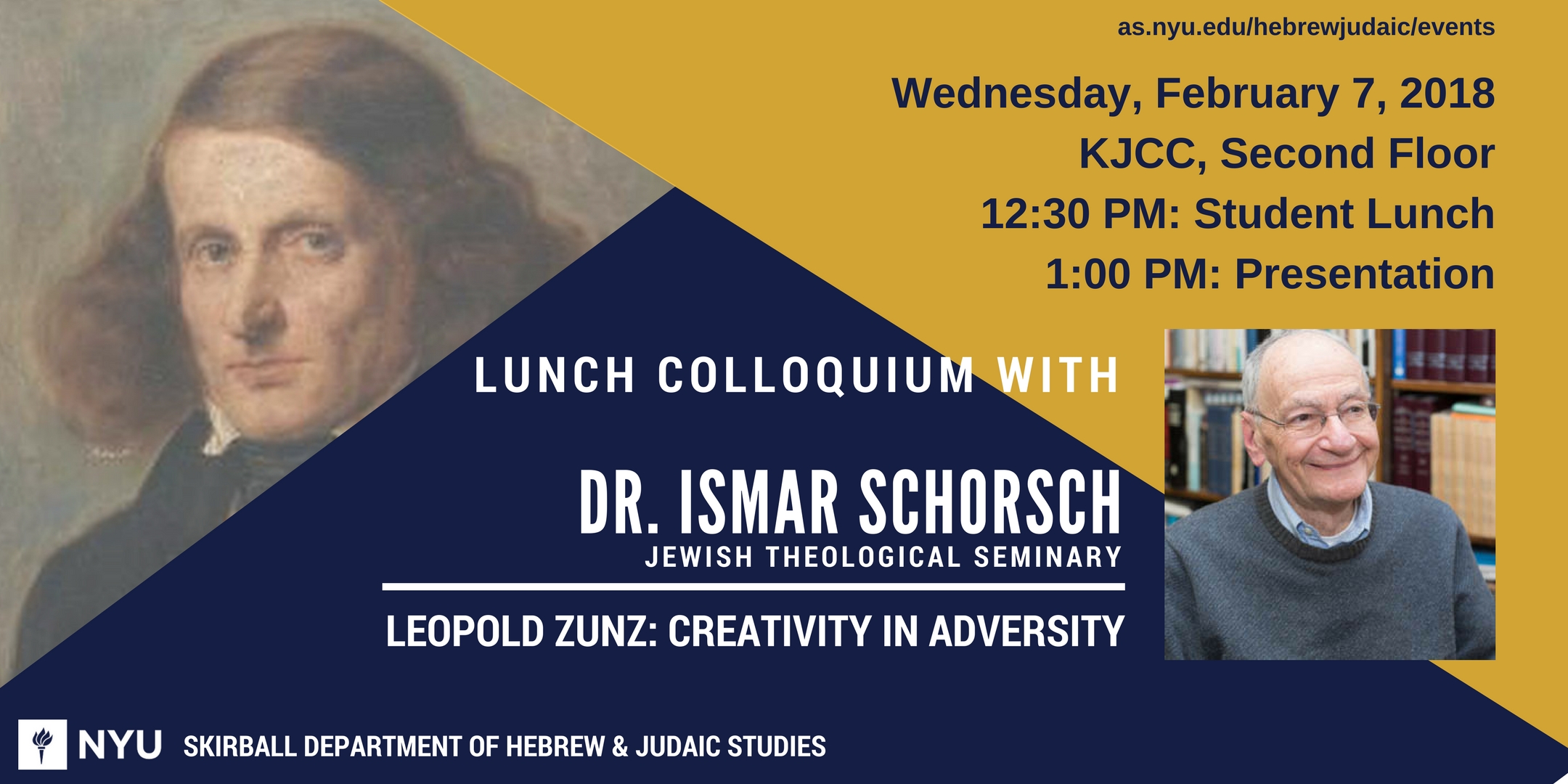 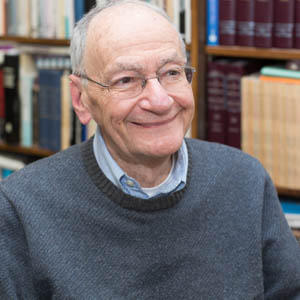 In 1818 in Berlin Leopold Zunz heralded the turn to critical Jewish scholarship in a single essay of fifty pages. By the time of his death in 1886, he had inspired two generations of young Jewish scholars to emulate his heroic leadership in establishing the standards, scope, diversity and institutionalization of Jewish studies across Europe and the United States. This biography is not only an in depth study of his life and times, but also an introduction to the scholarly movement he founded.  Dr. Schorsch's lecture will reflect on Zunz's singular achievement and enduring legacy.

Ismar Schorsch graduated from the Rabbinical School of the Jewish Theological Seminary in 1962 after earning his B.A. at Ursinus College in 1957. Following a two-year stint in the U.S. army as a chaplain, Dr. Schorsch returned to Columbia where he had received an M.A. in 1961, to earn his doctorate in history in 1969. From 1968-70 he taught full time at Columbia and returned to the Seminary in 1970 as an assistant professor of Jewish history. From 1975-79 he served as the founding dean of its graduate school and from 1980-84 as its provost. In 1986 the Seminary’s Board elected Dr. Schorsch as the institution’s sixth chancellor, a post in which he served for 20 years. In 2006 he returned to full-time scholarship and currently hold the titles chancellor emeritus and Herman Abramowitz distinguished service professor.

Dr. Schorsch's first book in 1972, Jewish Reactions to German Anti-Semitism, 1870-1914, received one of Columbia’s annual Clarke F. Ansley awards in 1969 along with a promise to publish. His volume on Heinrich Graetz came out in 1975 and his study on Wissenschaft des Judentums, From Text to Context appeared in 1994. Just prior to stepping down as chancellor, Dr. Schorsch published a two-volume collection of articles, addresses and essays (Polarities in Balance, 2004) authored while Chancellor. Shortly after retirement, he edited his Torah commentary, Canon Without Closure (2007), which comprised the best of his ruminations on the weekly Torah portion written over 13 years. Since then Dr. Schorsch has published a series of six essays on Leopold Zunz, Moritz Steinschneider, Ignaz Goldziher and Solomon Schechter as well as a study of the contribution of scholars to the study of Islam in the 19th century. In press is also a major essay on the widespread resistance to the translation of the Babylonian Talmud into German in the 19th century, as well as a study of Heinrich Graetz as a Bible scholar. Dr. Schorsch's Zunz biography appeared in December 2016, and in Feb. 2018 he will receive from Dessau the Moses Mendelssohn Prize. In short, after an extensive career in academic administration and communal service, Dr. Schorsch has had the good fortune to return to a life of full-time scholarship.