Antisemitism and Hate in America: A Teach-in with NYU Faculty

The attack on the Tree of Life Synagogue in Pittsburgh – the largest incident of violence against Jews in American history – comes at a time of increased hate-based rhetoric and violence in the United States. Join us for a teach-in featuring NYU scholars whose scholarship focuses on antisemitism and other forms of discrimination. The teach-in will be devoted to the task of analyzing the attack on the synagogue and other instances of anti-Jewish violence both in its relation to the long history of anti-Judaism and antisemitism and in relation to the recent rise of racism, xenophobia, and hate-based violence in the United States.

This event is open to the public.

We thank the NYU Religious Studies Program for their generous cosponsorship of this program. 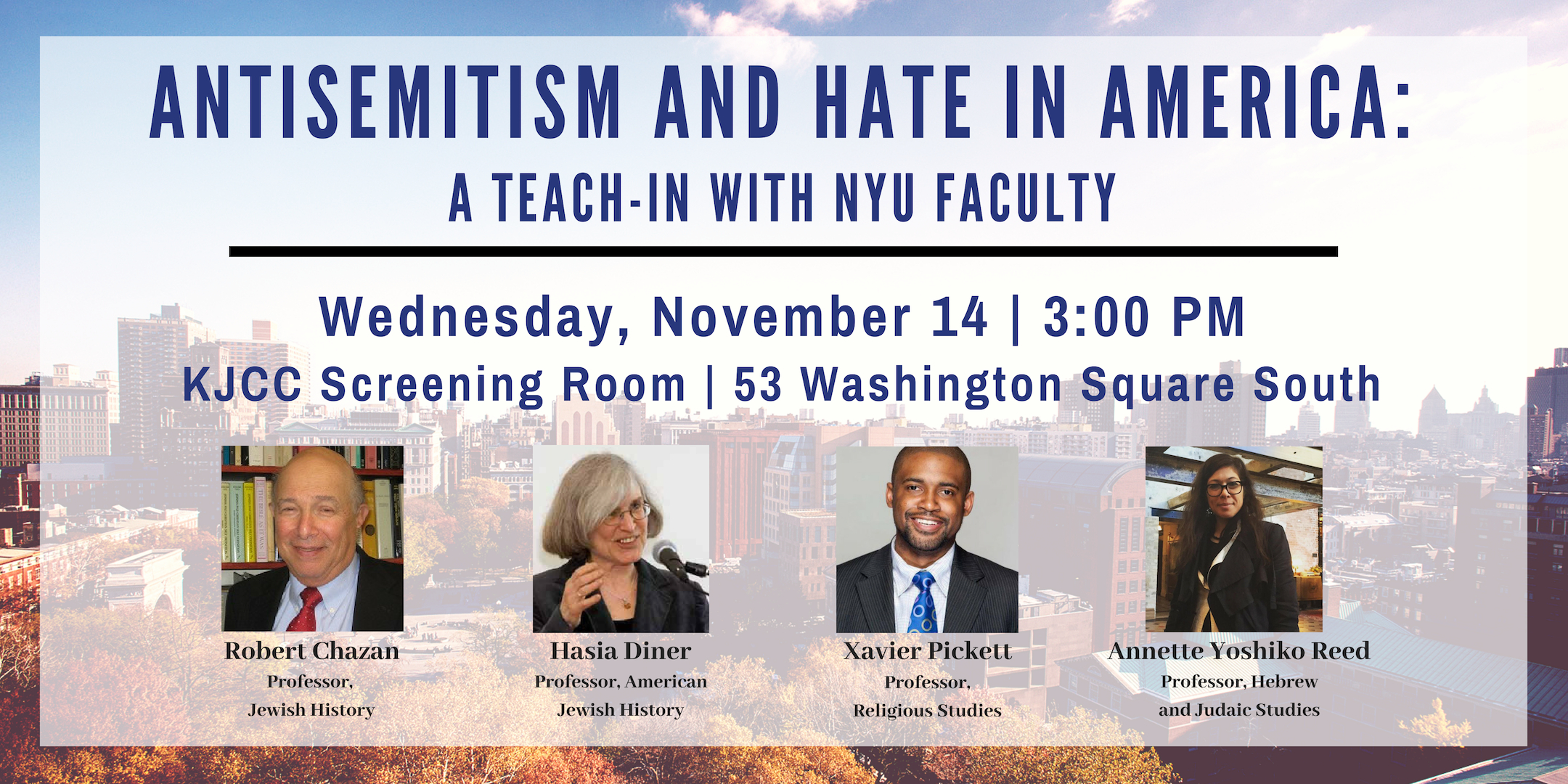