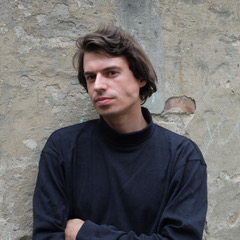 Lukas Oberem studied in Stuttgart, Siena and Berlin, where he was granted a scholarship by the German Academic Scholarship Foundation (Studienstiftung des Deutschen Volkes). He wrote his Bachelor’s thesis (2017) in Art History on 17th century Dutch genre painting and its meta-pictorial as well as confessional discourse. He has since received a Master’s degree (2020) during which he focused on Baroque ceiling paintings and the viewer’s vertiginous heavenward gaze. His current project explores the "gallery tone," that is, the overall brownish appearance of paintings that is an inadvertent result of aging but also a conscious stylistic decision by late 18th and 19th century artists. Furthermore, he is interested in philosophy, narratology, and psychoanalysis, especially in regards to the debate between French philosophy and German thought. Lukas studied and worked as a teaching assistant at Humboldt University Berlin. He has also taught at Berlin University of Arts.