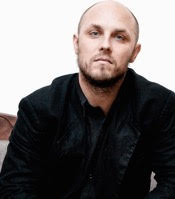 Born into an American and Hungarian family and having grown up in Switzerland, Endre Malcolm Holéczy speaks English, German, French, Hungarian, and also Swiss-German. Before entering NYU he earned a B.A. in Rhetoric and Cultural Studies from the University of Tubingen, Germany as well as a Diploma in Theater and Film Performance from the Hochschule für Musik und Theater “Felix Mendelssohn Bartholdy“ in Leipzig. After working at the repertory theater in Tubingen as director and dramaturg, he continued his academic education at the University of Tubingen in the Literary and Cultural Theory Masters program where he earned a M.A. with a thesis titled “Ambiguity in Hans Henny Jahnn’s Medea. Tragödie.” In the academic year of 2015/2016, Endre was a visiting graduate student and teaching assistant at Brown University. His research interests include drama and drama theory, theory of fiction, rhetoric, psychoanalysis as well as literary history from the 18th to the 21st century.