Research Interests: 19th-century literature and thought; history in fiction, fiction in history; representation of the family in fiction and non fiction; theory of the novel. 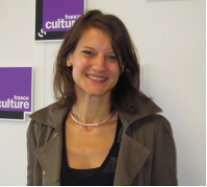 Sylvaine Guyot, currently Professor of French Literature in the Department of Romance Languages & Literatures and Chair for Theater, Dance & Media (TDM) at Harvard University, will be joining the faculty of the Department of French Literature, Though and Culture at NYU in fall 2021. Her research and teaching interests focus on seventeenth-century and eighteenth-century theater and performance practices, with particular emphasis on the representation of the body in early modern France, the history of visual emotions, the notion of the tragic, the theory and politics of theatricality, as well as the intersections of critical thinking and creative practice. She is the author of Racine ou l’alchimie du tragique (PUF, 2010) and Racine et le corps tragique (PUF, 2014), as well as the co-editor of a special issue of Littératures classiques on L’Œil classique (2013, with Tom Conley), of a new edition of Racine’s Théâtre complet (Classiques Garnier, 2013, with Alain Viala), and of a forthcoming volume on Databases, Revenue, & Repertory: The Eighteenth-Century French Stage Online (1680-1793) (MIT Press, 2020, with Jeffrey Ravel). She has also published numerous articles on Corneille, the intersections of drama and painting, the figure of the king in seventeenth-century tragedy, as well as Louis Marin, the development of aesthetics and the neoclassical sublime. She is currently working on two book-length projects, one on éblouissement vs. séduction in early modern visual culture, the other devoted to the Princess Palatine’s voluminous correspondence.

Claire Reising is a specialist of 20th and 21st century Francophone literature and theater. Her first project, “Deferred Return and Experimental Creation: Dany Laferrière’s and Wajdi Mouawad’s Detours through Montreal,” analyzes how the two authors resist characterization as migrant writers or as exemplars of national identity. While their writing is animated by forced displacement and deferred return, they self-consciously draw attention to their authorial personas and experimental forms. Her analysis draws from Édouard Glissant’s theorizations of displacement and cultural production, highlighting the instability of concepts such as national identity, or home and host country.

Research Interests: 18th century, the birth of the "'Idéologie" (Pierre Jean George Cabanis, Maine de Biran, Destutt de Tracy), physiology and the maladies of the soul, the philosophical (and legal) status of lunacy and other marginal human states, the psychoanalysis and Julia Kristeva, literary criticism

Professor of History
Director of Graduate Studies, Department of History

Research Interests: Art, Languages, People and Food - and all the intersections between them.