February 10, 2021
By Lisa Chow
Based on interview by Lisa Chow and Amisha Vyas

“I think that one of the main benefits of bilingual education is that you're getting inputs from more sources that have been overlooked or that correspond to stories and experiences different from your own or from the one that you most closely identify with. And then you're able to incorporate those into your worldview and have a broader perspective that hopefully takes more lived experiences into account.” 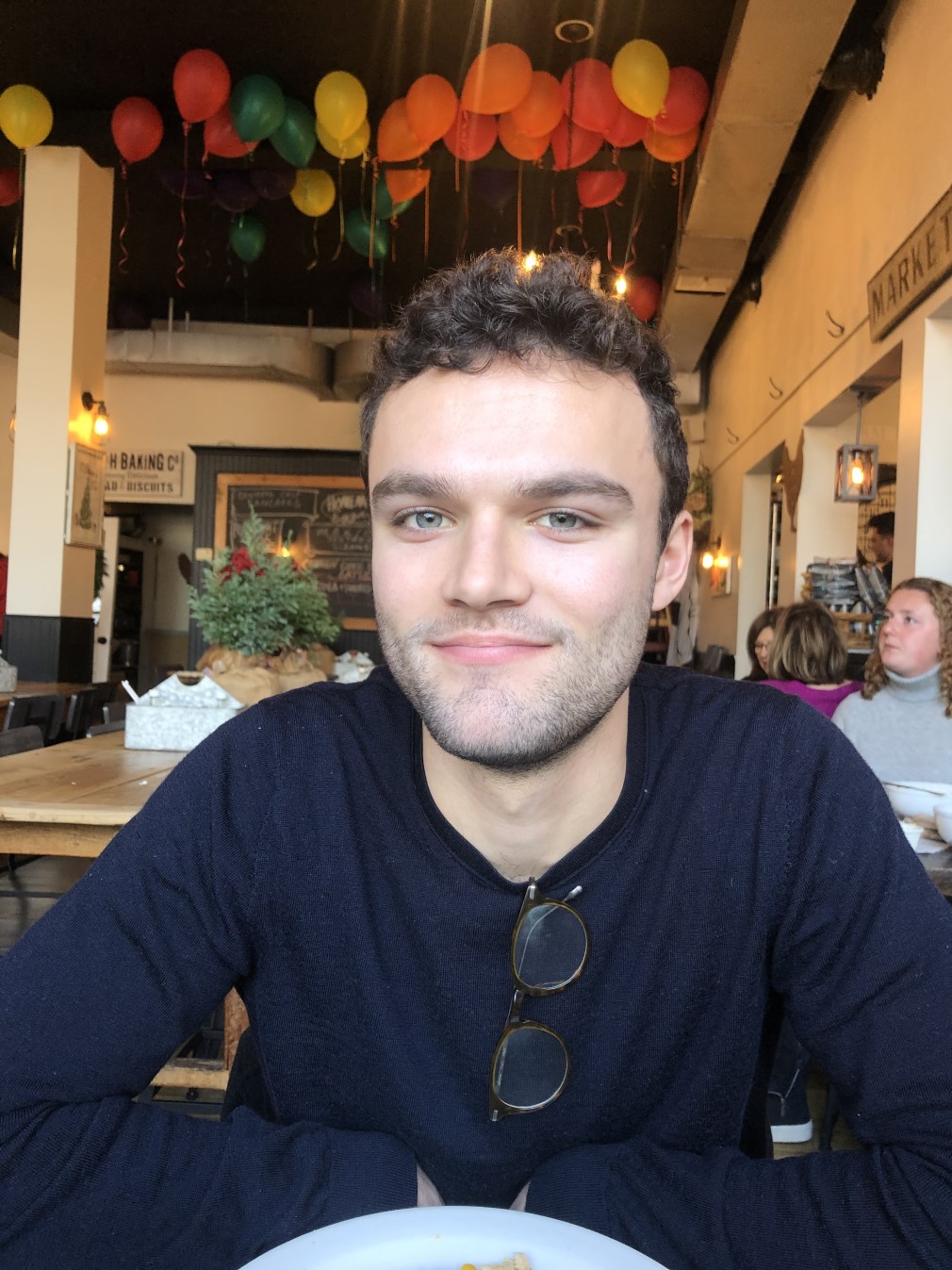 Will Weingarten graduated from NYU in May 2020 with a double major in Political Science and French. Since then he has worked on projects for several firms, including doing copyright research for an online education company. He spoke with us about how his studies in French have influenced his perspective, his experience interning at the Cultural Services of the French Embassy, and his adventures studying abroad.

How he began learning French

Will started taking French classes in middle school and continued throughout high school. At NYU, he registered for a French course to fulfill his language requirement, and he says, “In doing so, I found that I really loved the language and the culture in a way that I hadn't previously recognized.”

Why he double majored in French

Will said that as he took French classes at NYU, he saw how it could relate to his Politics major and help him focus on specific areas, from Francophone Africa to the European continent. As a “far-reaching language,” French worked well with his studies in politics.

His experience interning at the Cultural Services of the French Embassy

In his junior year, Will found out about an internship opportunity with the Cultural Services from one the Department of French’s student newsletters. “The NYU French department is great about creating connections with the various employers throughout the city,” he says. At the cultural arm of the embassy, he interned in the book department. “I was able infuse a love of literature into the work I was doing, which included research and writing. I did a variety of different tasks. My work saw me serving as a point of contact for a lot of French and Francophone authors who were on tour in the U.S. It was a very small team that was tightknit, and they also had interns from French schools. My internship was an incredible experience.”

On using French at his law internship

While an undergrad, Will also had a summer internship at a big law firm in New York. “I ended up being able to provide some support working on a thrilling pro bono case,” he remembers. “It was an international case, and I was able to employ some of the French I'd learnt at NYU with document discovery and translating files.”

His favorite French classes at NYU

In his freshman year, Will took a class with Nils Froment: “His teaching style was amazing. I think this lines up with a lot of other NYU French professors’ teaching style in that it's very accessible. It accommodates people who have a variety of backgrounds, from those who want to take a French class because they like the language to those who want to pursue it as an academic discipline. Taking French with Professor Froment as a freshman set the tone, and I thought, studying language is a lot more than just semantics and syntax.” He continues, “You can also really get to know professors. I took two more classes with Professor Froment, and he was my point of contact when I was at the Cultural Services. I think that NYU’s French department across the board has some very good teachers.”

Will also remembers a favorite French class he took toward the end of his time at NYU: “My senior seminar course was Photography and Literature. It was taught by Professor Cécile Bishop and was on the theoretical side of photo literature from a French and Francophone perspective. It incorporated French feminist movements, French anti-colonialist movements, and everywhere in between.' Through that course I was able to learn so much. I really let my imagination run wild. I was able to incorporate the political education that I received into my papers. I found that Professor Bishop was one of the best professors that I had at NYU. I ended up using an anecdote from that class in my law school personal statement, so that's a testament to how how useful I found it.”

How he has fostered his interest in French outside of class

At NYU, Will applied to and was accepted to Phi Delta Phi, the national French honor society, after hearing about it from Professor John Moran. “It seemed like an interesting community to be a part of,” he says. He also attended events at the NYU Maison Française.

“If I find the discipline that I really like, I actively seek out ways to put that to use and keep it strong. Once Covid set in and I couldn’t attend events, for instance, I signed up for a student subscription to the IFRI (Institut français des relations internationales), a think tank on international relations. I also signed up for a bunch of podcasts and watched French films on Kanopy or Netflix. A good part about being in New York and having access to Bobst Library and NYU’s resources was that I could seek out further learning opportunities, and I did.”

His experience at NYU Paris

“My general experience at NYU Paris was, for the most part, fantastic. I thought that it was a very good program with really good teachers. All of the weekend field trips to various parts of France outside of Paris were really helpful, and the Provence trip in particular was the best. We ended up staying in Saint-Rémy-de-Provence, which was where Van Gogh lived, and there were Roman ruins, which was interesting since I am a big history buff. Visiting Avignon was also fantastic. By the end of my time in NYU Paris, I would say about 90% of a pretty big student body there were really friendly with each other and going out together.”

While studying in France, Will visited other Francophone countries, such as Belgium. He says, “My next stop is to explore the rest of the French-speaking world because there's a lot outside of France. I’d like to visit West Africa, especially Senegal.”

How French impacted his outlook

“The French language and French courses informed the way that I look at political thought. Without having pursued a degree in French, I would never have been curious to know who Raymond Aron was, for example, and what his contributions to political science and political theory work were. He was a big 1950s French social liberal thinker, but he’s not like Camus or Sartre, whom most people are going to know whether or not you pursue a French degree.”

“I would say that having pursued and earned a French degree in conjunction with my political science degree has made me a better-rounded thinker. It's made me someone who will actively seek out information that is not only ubiquitous in the Anglophone world, but also that's ubiquitous in the Francophone world. And I think that's really one of the main benefits of bilingual education: you're getting inputs from more sources that have been overlooked or that correspond to stories and experiences different from your own or from the one that you most closely identify with. And then you're able to incorporate those into your worldview and have a broader perspective that hopefully takes more lived experiences into account. In that sense, I really do think that French degree at NYU was essential to the person that that I am today.”