“Returning to my French studies has really awoken something inside of me - French has become an inseparable part of my identity and something would be definitely missing from my life without it.” 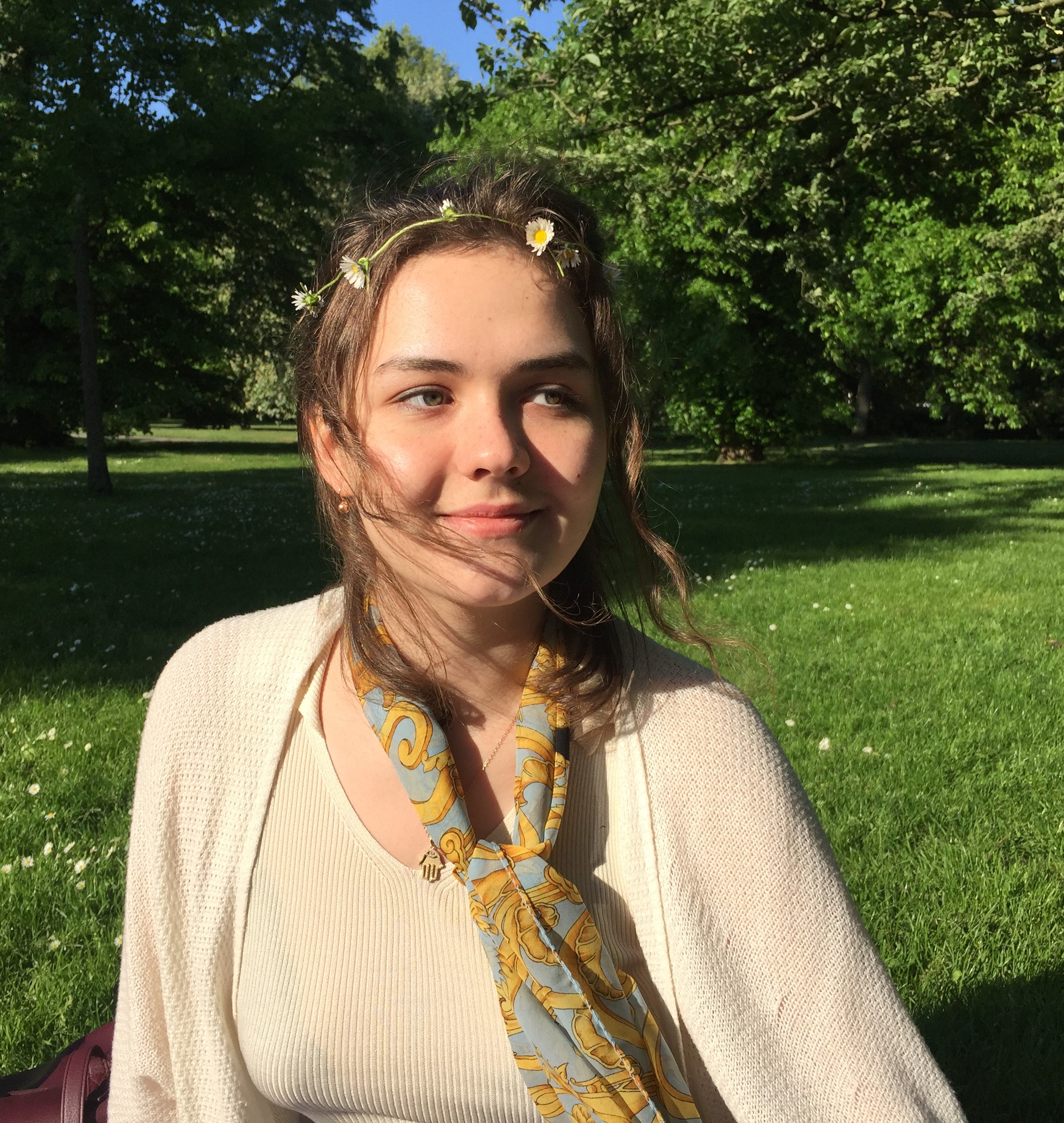 Natalie Komissarova graduated from NYU in May 2020 with a double degree in Film and Television and French. Her studies, work, and personal life have been infused with French. While at NYU, she lived on the French floor of one of NYU’s residence halls; spent a semester at NYU Paris and lived with a host family; and had internships with the Cultural Services of the French Embassy and Film at Lincoln Center. She is currently editing a feature documentary about French in Maine. She spoke with us about all this and more.

Tell us a bit about yourself.

I grew up in Vienna, Austria but am originally Russian, so thanks to my background I speak four languages: German, Russian, English and French. I have a passion for languages, literature, art and film. I am a naturally curious person and always love learning new things. First and foremost, I am a writer and filmmaker and aspire to work in those fields in France and in the U.S. I am also interested in literary translation.

When I was little my mom would take my brother and me on road trips in France, so I travelled extensively throughout the country from a very young age. She also introduced me to a lot of French music and films. I eventually started learning French in middle school, immediately took a liking to it and have been learning the language ever since (for over ten years now).

What are some of the memorable French music and films your mom introduced you to?

Some of my favorite French films that my mom showed me when I was younger are 8 Women, Amélie, the Three Colors trilogy (especially Red), and Truffaut’s Antoine Doinel series. In terms of music, she introduced me to pretty much all the great classic chanson singers: Jacques Brel, Georges Brassens, Serge Gainsbourg (my favorite), Juliette Gréco, Dalida, Francoise Hardy. I remember one song in particular for its strange, funny, absurd lyrics and because it was constantly playing in our car: “Madame Robert” by Nino Ferrer.

During your first year at NYU, you lived on the French floor, the French and Francophone themed community in one of the residence halls. Can you tell us about what your experience was like?

I loved living on the French floor! I got to go to so many French-related cultural events that I might have never found out about on my own as a newly-arrived college student in NYC. I especially remember two Broadway shows we went to: Amélie (which was a musical) and Dangerous Liaisons (which was a play and probably my favorite event). I also remember a lot of pastries, croissants and cheese at pretty much every event on the French floor. I also met a lot of people with an interest in French culture and language, some of whom I am still friends with to this day, including my freshman year roommate Taylor, who has since become one of my closest friends.

What was one of your favorite French courses at NYU?

One of my favorite French courses was my Senior Seminar on Childhood (Enfance) taught by Judith Miller. I am quite nostalgic about my own childhood and have a soft spot for coming of age stories, particularly childhood memoirs, which made up a good chunk of the assigned readings, all of which I loved. Judith was a fantastic instructor, always asking the right questions and really getting the most out of the material.

Did you find a relation between your majors in Film and Television and French, and if so, how?

Yes, absolutely. I am a big fan of French cinema and have been taking advantage of all the French cinema-related events that exist in NYC: the Rendez-Vous with French Cinema festival at Lincoln Center, FIAF’s French Cinema Salon, the Films on the Green Festival organized by the French Embassy and all the independent movie theaters of New York that always screen French film gems. I actually even DJ-ed for Films of the Green once in the summer of 2018. I also took a French film class when I was studying abroad in Paris. And of course, there is the French documentary I’m editing at the moment. I want to continue to pursue my French and film dreams, and I hope to move to Paris in the future and work for ARTE, the French culture TV channel, or France Culture, the radio station, and write and direct my own films in French.

In your senior year at NYU, you became a member of Pi Delta Phi, the French national honor society. What did you hope to get out of the experience?

I wanted to be part of a community of French language lovers and connect to fellow-minded people that I can learn from and share my passion with.

What is your favorite French word, idiom, or expression?

Very random, but I love the words chevalier and cornichon.

Can you tell us more about the feature documentary you are editing?

The documentary is about the history of French in Maine and the recent wave of Francophone immigrants from Africa who are helping revitalize and maintain French in Maine. It’s directed by Jessamine Irwin, who is actually a professor in the NYU French Department, and produced by my friend Rose Kelso, an alum of the Film and TV program at NYU Tisch.

How has your major in French impacted you?

My French major has impacted me enormously on a personal level. I abandoned my French studies for two years when I moved to NYC to focus on screenwriting and film, but once I started taking French classes again at NYU, I realized how much I’ve missed the French language and language learning in general. I learned so much about myself in every single French class I’ve taken, especially the literature and translation related classes. Returning to my French studies has really awoken something inside of me - French has become an inseparable part of my identity and something would be definitely missing from my life without it.