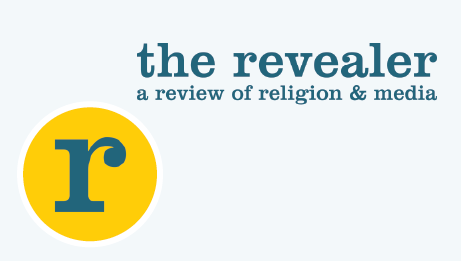 From the Special Issues Editor’s Letter by Brett Krutzsch:

Too often the stories people read about religion and transgender Americans involve religious oppression. Those are important stories, to be sure, that raise awareness of the traumas transgender individuals endure at the hands of religious people, and that spotlight religious institutions’ influence on anti-trans legislation. But those are not the only stories about trans people and religion. Transgender and nonbinary individuals have been forging new paths within religious communities and transforming religious traditions in the process. These, too, are narratives the world needs to know.

Our special issue on trans lives and religion opens with stories of trans people reclaiming their religious traditions and creating spaces specifically for trans and nonbinary individuals. The issue begins with Katrina Thompson’s “Breaking Down Gender Binaries, Building Muslim Community,” where she profiles transgender and nonbinary Muslims who have built trans and queer-inclusive Muslim spaces in the United States and Canada. Next, in “Many Paths to Freedom: Trans Buddhism in the United States,” Ray Buckner explores how transgender Buddhist teachers are transforming Buddhist practices by taking trans people’s existence as their starting point for new insights on Buddhist teachings. Then, in “Virtual Communities are Critical Lifelines for Transgender Sikhs,” Harmeet Kamboj investigates how trans and nonbinary Sikhs have used social media to form communities that offer important connections and opportunities to reassess Sikh teachings about gender.

The next two articles in our special issue toggle between the present and the past to show how people have lived outside of the gender binary for centuries. In “Two-Spirit Indigenous Peoples Building on Legacies of Gender Variance,” Abel Gomez writes about Two-Spirit Native Americans and First Nations peoples and how, prior to European colonialism, many indigenous nations revered those who were neither male nor female. Then, in “Turning to the Talmud to Find Gender Diversity that Speaks to Today,” Max Strassfeld shares how the rabbis of the Talmud, writing during the first six centuries of the common era, identified eight gender categories and codified those gender possibilities within Jewish law.

Our final two articles focus on today’s anti-trans politics. In “Beloved Children and Holy Resistance,” Justin Sabia-Tanis shares what Christians and other religious people should do to support transgender equality. Then, in “For We Were Strangers: Trans Refugees and Moral Panics” Gillian Frank considers how legislation that targets transgender teens mirrors some earlier anti-gay and anti-abortion legislation, in turn offering a roadmap on how to respond to this wave of anti-trans bills.

The issue also features the newest episode of the Revealer podcast: “Gender Diversity in Islam and Judaism.” Katrina Thompson joins us to discuss how transgender and nonbinary Muslims are creating supportive spaces for trans and queer Muslims. And Max Strassfeld joins us to chat about the rabbis’ eight gender categories in the Talmud and what their awareness of bodily gendered diversity can tell us about transgender politics today. You can listen to this episode on Apple Podcasts and Spotify.

As the articles and podcast episode in this issue demonstrate, transgender individuals are refusing to let anti-trans bigots monopolize their religious traditions. Instead, they are claiming space that is more inclusive for everyone. I hope the articles in this issue find their way to many different communities, including transgender people who are curious about religious possibilities, educators who want their students to know more about trans people and their experiences, religious leaders who want their communities to welcome trans and nonbinary individuals, and everyone who, during this time of anti-trans hostility and legislation, needs more stories about transgender people who are thriving and transforming and our world for the better.