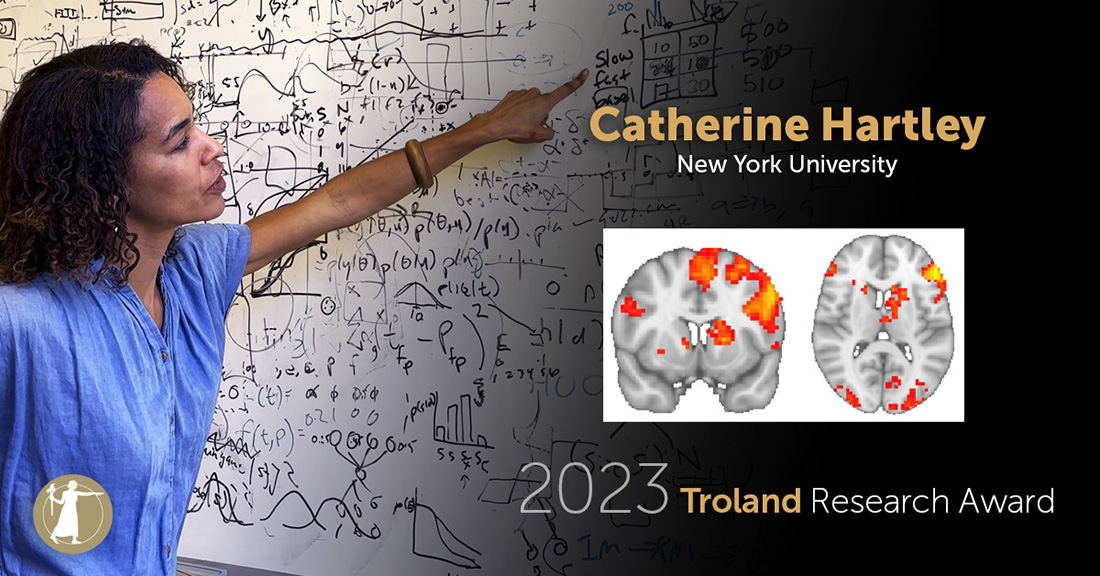 Catherine Hartley of NYU Arts & Science has won a prestigious 2023 Troland Research Award for her work examining changes in humans' learning and decision making from adolescence to adulthood.

Only two NAS Troland Research Awards are granted annually to early-career psychology researchers in recognition of unusual achievements. Accompanying the award is a $75,000 prize to further empirical research within experimental psychology.

According to the Troland Research Award, "Hartley’s groundbreaking research has looked at how neurodevelopmental changes bias which learning systems govern decisions. She has also conducted impactful research exploring how we learn about threats and control threat reactions. These lines of research have important implications for educational practices, understanding both adolescent risk-taking and the developmental emergence of psychopathology."

As a Troland recipient, Hartley follows in the footsteps of Wendy Suzuki, Arts & Science neuroscientist and Seryl Kushner Dean of the College of Arts & Science , who won a Troland Award in 2004 for her work studying neuroanatomy, physiology, and brain structures in relation to memory.

Earning her PhD from NYU, Hartley returned as an Assistant Professor of Psychology in 2016. She also runs the Hartley Lab at NYU Arts & Science, where research focuses on the learning, memory, and decision-making processes that shape human behavior and on how those behavioral processes change throughout development and aging.