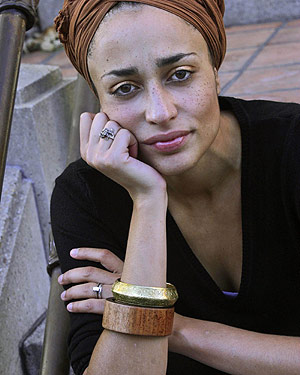 Zadie Smith was born in north-west London in 1975. Her first novel, White Teeth, was the winner of The Whitbread First Novel Award, The Guardian First Book Award, The James Tait Black Memorial Prize for Fiction, and The Commonwealth Writers' First Book Award. Her second novel, The Autograph Man, won The Jewish Quarterly Wingate Literary Prize. Zadie Smith's third novel, On Beauty, was shortlisted for the Man Booker Prize, and won The Commonwealth Writers' Best Book Award (Eurasia Section) and the Orange Prize for Fiction. Her most recent novel, Swing Time, was published earlier this year. She is the editor of an anthology of short stories entitled The Book Of Other People. Her collection of essays Changing My Mind was published in November 2009, and she was formerly the New Books columnist for Harper's Magazine. Zadie Smith is a graduate of Cambridge University and has taught at Harvard and Columbia universities. She is a fellow of the Royal Society of Literature.