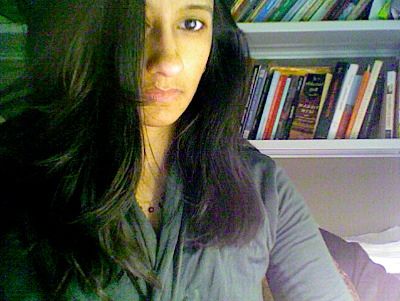 Toral Jatin Gajarawala was trained in comparative literature at UC Berkeley, with a focus on Anglophone, Francophone and Hindi literatures. Her teaching and research examine the ways in which culture is shaped by the lived realities of postcoloniality.  Her book Untouchable Fictions: Literary Realism and the Crisis of Caste (Fordham, 2013), sketches an anti-genealogy for Dalit literature, as against normative Indian realisms, modernisms, and regionalisms.  More recently, she has written about the phenomenon of 'passing' in precarious times, the Youtube channel Dalit Camera, postcolonial libraries, and the graphic novel Munnu: A Boy from Kashmir.  Her current project, Ajnabi: an Existential Reckoning in South Asia, considers the afterlife of postcolonial existentialisms in India, Pakistan and Bangladesh, and the work of artists, playwrights, and poets in conceptualizing another discourse of freedom.  Other interests include caste/race, comparative modernisms, and heteroglossia and translation.  Her recent essays include "The Postman and the Tramp: Cynicism, Commitment, and the Aesthetics of Subaltern Futurity" (Cultural Critique), “Some Time between Revisionist and Revolutionary: Reading History in Dalit Fiction” (PMLA) and "Fictional Murder and Other Descriptive Deaths" (Journal of Narrative Theory).  Her teaching focuses on postcolonial/world literatures and she has offered courses in 'The Contemporary Novel,' 'Migrant Poetics' and 'Rotten Englishes.'