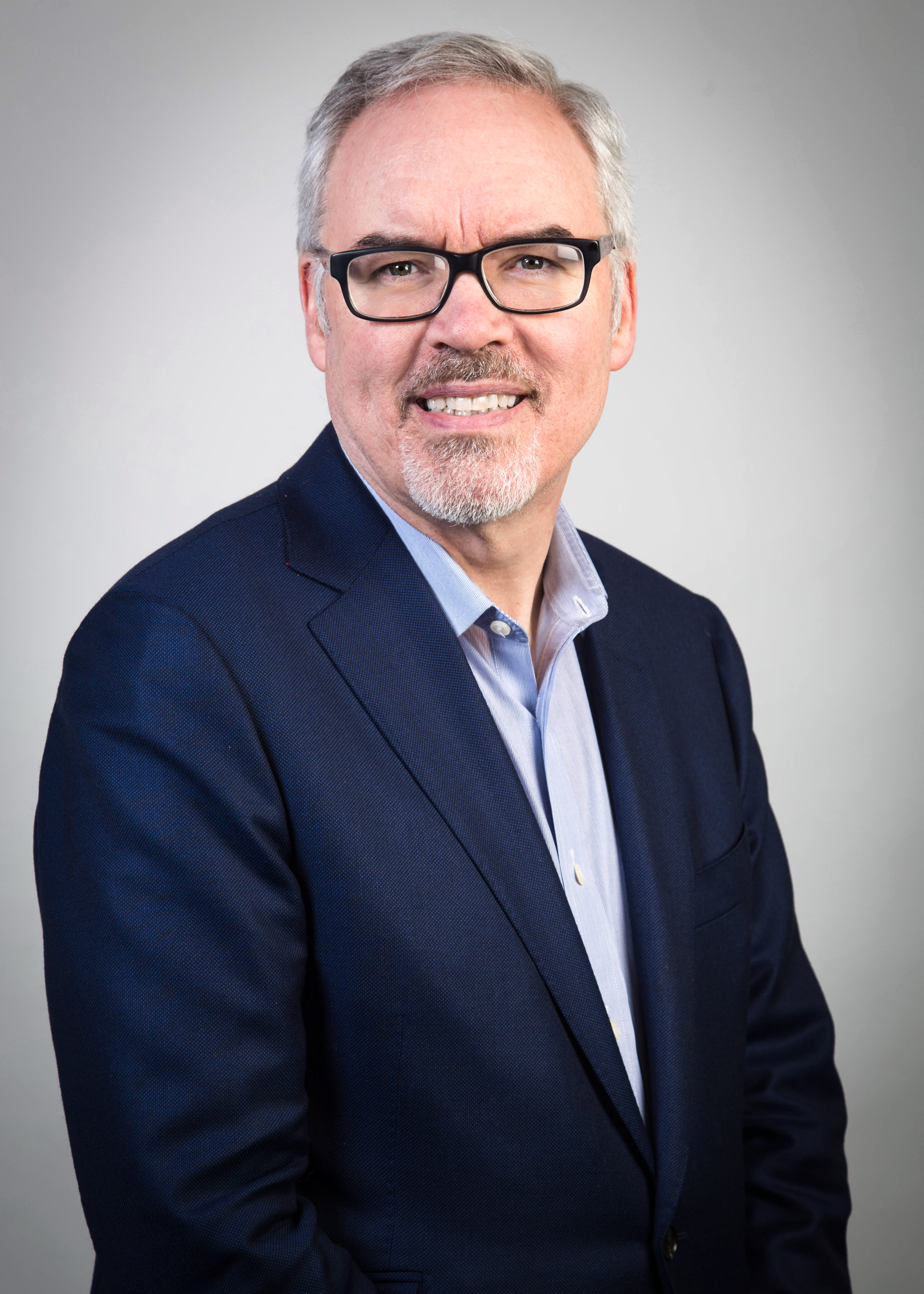 Thomas J. Sugrue is Silver Professor of Social and Cultural Analysis and History and affiliated faculty member in the Wagner School at NYU. A specialist in twentieth-century American politics, urban history, civil rights, and race, Sugrue was educated at Columbia; King's College, Cambridge; and Harvard, where he earned his Ph.D. in 1992. He is a Fellow of the American Academy of Arts and Sciences, the American Academy of Political and Social Science, the New York Institute for the Humanities, and the Royal Historical Society. He is an elected member of the Society of American Historians, and past president of both the Urban History Association and the Social Science History Association. He taught from 1991-2015 at the University of Pennsylvania, where he was David Boies Professor of History and Sociology and director of the Penn Social Science and Policy Forum.

Sugrue is author of Not Even Past: Barack Obama and the Burden of Race (Princeton University Press, 2010), also in French translation, and Sweet Land of Liberty: The Forgotten Struggle for Civil Rights in the North (Random House, 2008), a Main Selection of the History Book Club and a finalist for the 2008 Los Angeles Times Book Prize. His first book, The Origins of the Urban Crisis (Princeton University Press, 1996), won the Bancroft Prize in American History, the Philip Taft Prize in Labor History, the President's Book Award of the Social Science History Association, and the Urban History Association Award for Best Book in North American Urban History and was selected a Choice Outstanding Academic Book, an American Prospect On-Line Top Shelf Book on Race and Inequality, and a Lingua Franca Breakthrough Book on Race. It has been translated into Japanese. In 2005, Princeton University Press selected The Origins of the Urban Crisis as one of its 100 most influential books of the past one hundred years. A new edition of the book, covering the Detroit bankruptcy, was published as a Princeton Classic in 2014.

Sugrue is also co-author (with Glenda Gilmore) of These United States: A Nation in the Making, 1890 to the Present (W.W. Norton, 2015).  He is currently engaged in a research project on race, ethnicity, and citizenship in France and the United States. His long-term research project is a history of the rise and travails of the modern American real estate industry, from the late nineteenth century to the current economic crisis. Sugrue recently co-edited Immigration and Metropolitan Revitalization in the United States with Domenic Vitiello (Penn Press, 2017); Neoliberal Cities: The Remaking of Postwar Urban America with Andrew J. Diamond (NYU Press, 2020), and The Long Year: A 2020 Reader with Caitlin Zaloom (Columbia University Press, 2021).

Sugrue's other books include W.E.B. DuBois, Race, and the City: The Philadelphia Negro and its Legacy (University of Pennsylvania Press, 1998), co-edited with Michael B. Katz and The New Suburban History (University of Chicago Press, 2006) with Kevin Kruse. He is currently co-editing a collection of essays on immigration and metropolitan revitalization, and another on the legacy of the War on Poverty. With Keisha Blain, Margot Canaday, Matthew Lassiter, and Steven Pitti, he is co-editor of the book series Politics and Culture in Modern America at the University of Pennsylvania Press. Several books in the critically acclaimed series have won major prizes. Sugrue also serves on a number of other editorial boards.

Sugrue has published over 60 articles in such places as the Journal of American History, Journal of Urban History, Labor History, Prospects, International Labor and Working-Class History, American Behavioral Scientist, Yale Journal of Law and the Humanities, Michigan Journal of Race and the Law, Budapest Quarterly, and in several edited collections on a wide range of topics including modern American culture and politics, affirmative action, twentieth-century conservatism and liberalism, race, urban economic development, suburbanization, religion, housing, poverty and public policy, and colonial American history. His essays and reviews have also appeared in the New York Times, the New Yorker, London Review of Books, The Nation, Wall Street Journal, The National Geographic, The Atlantic online, Washington Monthly, Dissent, Boston Globe, Washington Post, Chicago Tribune, Detroit Free Press, and Philadelphia Inquirer.  Sugrue’s series “Crisis Cities” in Public Books was a finalist for a 2021 National Magazine Award. Sugrue's essay "Affirmative Action from Below" was published in The Best American History Essays 2006 (Palgrave Macmillan), a collection of ten essays selected from over three hundred learned and popular journals. His work has been translated into Chinese, Japanese, German, French, and Hungarian.

Sugrue has won fellowships and grants from the Carnegie Corporation, the Guggenheim Foundation, the Fletcher Foundation, the Institute for Advanced Study in Princeton, the American Philosophical Society, the American Council of Learned Societies, the National Endowment for the Humanities, the Kellogg Foundation, and the Social Science Research Council, and has been Research Fellow in Governmental Studies at the Brookings Institution in Washington, DC.  He has been a visiting professor at the Harvard Graduate School of Design and the École des Hautes Études en Sciences Sociales in Paris. As a 2007 winner of the Organization of American Historians/Japanese Association of American Studies Residency, he taught at Nanzan University in Nagoya, Japan. Sugrue has also served on the boards of the American Historical Association, the Russell Sage Foundation, the Urban History Association (UHA), the Social Science History Association (SSHA), CIFAR (Canadian Institute for Advanced Research), and the Historical Society of Pennsylvania.

Sugrue is an award-winning teacher. His courses on America in the 1960s and on U.S. History from 1877-1933 were selected "Hall of Fame Classes" by the Penn Course Review and he was a two-time winner of the Richard Dunn Teaching Award in Penn’s Department of History. He has advised dozens of dissertations in history, social welfare, American civilization, sociology, and the history and sociology of science, and has served as an external examiner at Sciences Po, EHESS, Princeton, Georgetown, Brandeis, Brown, and Rutgers, and a three-time mentor for dissertation fellows at the Miller Center of Public Affairs at the University of Virginia.

Outside the classroom, Sugrue combines scholarly research and civic engagement. He has been involved in civil rights policy locally and nationally. He was an expert for the University of Michigan in the two federal lawsuits concerning affirmative action in its undergraduate and law school admissions, decided by the U.S. Supreme Court in 2003. He served as an expert witness in voting rights cases concerning African Americans in Euclid, Ohio, and Eastpointe, Michigan, and Latinos in Islip, New York. He also wrote an expert report for a class action lawsuit involving racial discrimination in mortgage lending, Adkins v. Morgan Stanley. Sugrue's scholarship was also cited by Justice Stephen Breyer in the dissenting opinion in Parents Involved in Community Schools v. Seattle School District No. 1. In July 2008, Sugrue testified before the National Commission on Fair Housing and Equal Opportunity. He also served for six years as co-chair of the board of directors of the Bread and Roses Community Fund, a Philadelphia-based foundation that supports grassroots organizations working for racial and economic equality. As a mayoral appointee, he held office for more than six years as Vice Chair of the Philadelphia Historical Commission, the city agency that handles preservation, planning, and development issues.

Sugrue has given nearly 400 talks to audiences at colleges and universities throughout the U.S., in Canada, Britain, Germany, France, Argentina, and Japan, and to academic conferences, community groups, foundations, and religious organizations. He is a regular commentator on public affairs and has appeared in many documentary films. Since 2002, he has served as an Organization of American Historians Distinguished Lecturer.

Immigration and Metropolitan Revitalization in the United States (University of Pennsylvania Press, 2017), with Domenic Vitiello

These United States: A Nation in the Making, 1890 to the Present (W.W. Norton, 2015), with Glenda Elizabeth Gilmore

Not Even Past: Barack Obama and the Burden of Race (Princeton University Press, 2010), also in French translation

Sweet Land of Liberty: The Forgotten Struggle for Civil Rights in the North (Random House, 2008)

W.E.B. DuBois, Race, and the City: The Philadelphia Negro and its Legacy (University of Pennsylvania Press, 1998), co-edited with Michael B. Katz