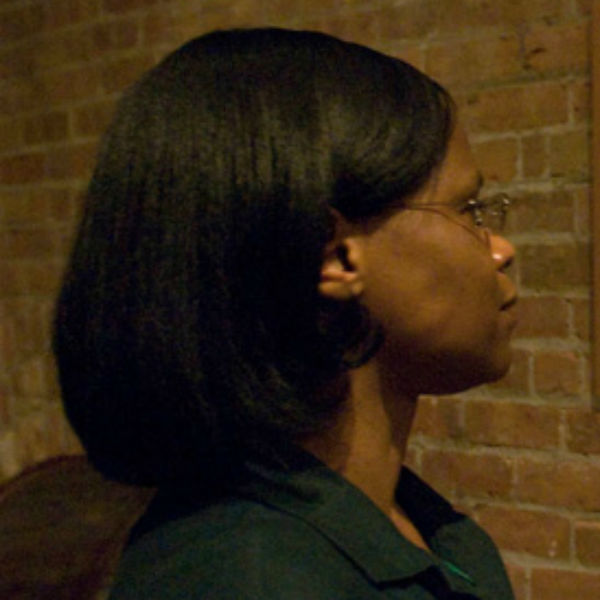 Associate Professor In The His

Within my specialized fields of Late Antique, Early Christian, Byzantine, and Eastern Christian art, architecture, and archaeology, my present primary research interests are material and visual culture, materiality, and historiography. Topics of recent research include dress and identity, ancient and modern art commerce, the luxury arts, and visual rhetoric, especially as they reveal intercultural contact and syncretistic expressions. Recurrent subjects are sculpture, textiles, wall and panel painting, and private devotional, particularly monastic, arts. My current book project on painted commemorative portraits in Late Antique Egyptian monasticism, emphasizing the construction, maintenance, and presentation of identity through dress has rekindled my interest in funerary arts, the subject of my first single-author book, Late Antique Egyptian Funerary Sculpture: Images for this World and the Next (2000). In that book, I formulated an approach to chart iconographic motifs and types of sculptures over several centuries so as to address the deliberate employment of visual tradition in the production of cultural meaning against the prevailing scholarly consensus of cultural discontinuity and antagonism, establishing an interpretive context of Hellenism cultivated by educated elites rather than the zealous anti-Hellenism of oppressed Christian Egyptians as had been misread through the lens of style. Since then my range of subjects has grown to encompass the reworking and reformulation of monuments and sites through time, and my approaches now address domestic, urban, and sacred space. The results of my current projects fuel my emerging interest in Late Antique intellectual history (especially intersections of philosophy, the practical theology of monasticism, poetry, and prophecy), and the ever-broadening scope of my historiographic undertakings.

My view of the cultural worlds of Late Antiquity and Byzantium extends beyond the frontiers traditionally accorded to Hellenism to encompass cross-cultural interactions in Eastern Christian cultures, especially Egypt, Nubia and Ethiopia. The cultural horizons of my recent work is even broader in addressing Red Sea, Indian Ocean, and "Silk Road" trade to Persia, Central Asia, and China, as is evident in my essay for the catalogue of the Metropolitan Museum of Art exhibition, Byzantium and Islam: Age of Transition (6th to 9th Centuries) of 2012 and an article in a volume on Silk Road studies to be published this year. Increasingly, I have turned to explore the role of art and craft in guiding social interaction, as in the forthcoming catalogue, Designing Identity: The Power of Textiles in Late Antiquity, for an exhibition exploring the ancient (and modern) social lives of Late Antique textiles that I curated at the Institute for the Study of the Ancient World (opening late February 2016).

Art historical method is a main concern.  In a volume co-edited with Elizabeth Sears, Reading Medieval Images: The Art Historian and The Object (2002), invited essays addressed approaches to the observation, analysis, and interpretation of medieval art and architecture. My longstanding interest in what is now called technical art history leads me to investigate tools and methods for the intertwined projects of documentation and analysis. My informal curriculum began when, to further my ongoing research on polychromy, I took a course in microscopy for art conservators. Soon thereafter (early 1990s), my interest in what is now called Digital Humanities grew from the realization that I could extend the lifespan of my exhibitions at the Kelsey Museum of Archaeology by archiving them online. Ten years later, I chose to "publish" the museum's collection of archaeological textiles from the site of Karanis, Egypt, as a fully illustrated and update-able database rather than a print catalog (completed 2005). Subsequently, IFA initiatives and working with a patient designer and developer for Scalar, the online publishing platform of The Alliance for Networking Visual Culture, gave me glimpses of the many new tools that are fast becoming accessible to scholars like myself who have little scientific background or expertise. Publishing The Art Bulletin: Past, Present and Future (completed 2014) drew upon my interests in historiography and digital tools as part of the longer history of technology in the service of the history of art as I formulated and built a massive online database that makes it possible to explore the history of the journal through a timeline of journal issues, subject areas, and such topics as editorial statements, photographic illustration, and mapping. (The editorial board and Directors of Publication advised and reviewed at key stages.) Now I endeavor to introduce my students to the range of investigative and analytical tools at our disposal and to current research using advanced technology in the subjects under discussion, to my own experiments, and to resources on campus. Both for my own edification and as part of my service to the department, I have joined groups across campus for broader views of digital humanities and "technology enhanced education."

Curation remains central to my professional work although I no longer hold a curatorial appointment as I did at the University of Michigan (1988 until 2007). I continue to curate exhibitions as a guest and to consult on exhibitions and installations at a variety of museums, such as the Metropolitan Museum of Art, the Coptic Museum (Cairo), the Indiana University Art Museum, the Walters Art Museum, the Byzantine Collections of Dumbarton Oaks, and NYU's Institute for the Study of the Ancient World; and, of course, I continue to contribute to exhibition catalogues and symposia as I did recently for the British Museum exhibition, One God: Three Religions on the Nile (2015, to be followed by a publication of the proceedings).

My teaching now reflects all aspects of my scholarly inquiry, including my museum work. I advise masters and doctoral students from a wide array of programs within the Inter-University Doctoral Consortium to which NYU belongs, other institutions across the United States, Europe, and Australia, mainly on Greco-Roman Egyptian art, Late Antique art, and Egyptian, Nubian, and Byzantine textiles.

In addition to my service across the NYU campus (as across the University of Michigan) I have served on the governing boards of the Byzantine Studies Association of North America and the International Center of Medieval Art. In reviewing books for presses and articles for journals, I have been most closely involved in Ars Orientalis, The Art Bulletin, The Kelsey Museum Studies Series, and The University of Michigan Press as a member of their editorial boards. The recent Scalar publication for The Art Bulletin (mentioned above) was a learning experience to help us shepherd the journal into management of the publication process online and the negotiation of our first online publication contract during my tenure as Chair of the Editorial Board. I have reviewed manuscripts for Cambridge University Press, Dumbarton Oaks, Echos du Monde Classique/Classical Views, Journal of Early Christian Studies, and the Journal of Near Eastern Studies. I have reviewed tenure cases, fellowship and grant applications for a wide range of institutions.
In the past several years, I have been awarded publication grants from the Kevorkian Foundation, for a co-edited Festchrift (published 2010) in honor of my mentor and predecessor at the IFA, Thomas F. Mathews, and from The Alliance for Networking Visual Culture of the University of Southern California for Scalar publication; and, for my sabbaticals, fellowships from Dumbarton Oaks (declined) and NYU's Institute for the Study of the Ancient World (2013-2014) and the Metropolitan Museum (and 2003-2004). Other grants and fellowships were awarded by The Brooklyn Museum, the Metropolitan Museum of Art, the Center for Advanced Study in the Visual Arts, and various offices of the University of Michigan.

Associate Professor In The His Office Hours: (on leave spring 2017, on sabbatical fall 2017)