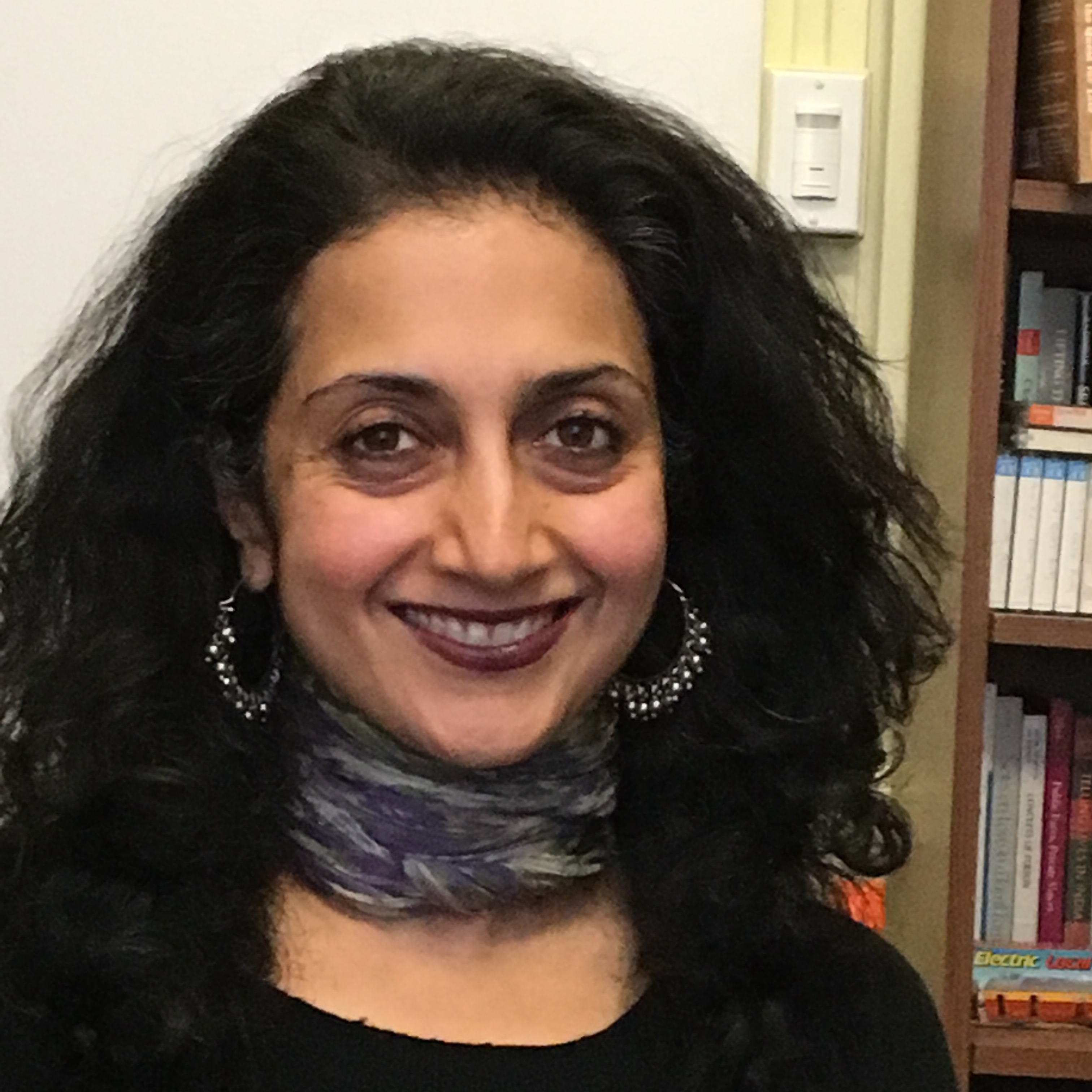 “ Fuzzy Numbers: The Productive Nature of Ambiguity in the Hindi Film Industry,” Comparative Studies of South Asia, Africa and the Middle East, 35(3), 2015.

“No Longer a Frivolous Singing and Dancing Nation of Movie-Makers: The Hindi Film Industry and its Quest for Global Distinction," Visual Anthropology 25(4), 2012.

“Sentiments of Disdain and Practices of Distinction: Boundary-Work, Subjectivity, and Value in the Hindi Film Industry,” The Anthropological Quarterly 85(1), 2012.

“The Limits of Decency and the Decency of Limits: Censorship and the Bombay Film Industry,” in Censorship in South Asia: Cultural Regulation from Sedition to Seduction, eds. William Mazzarella & Raminder Kaur, Indiana University Press. 2009

“And Yet My Heart Is Still Indian: The Bombay Film Industry and the (H)Indianization of Hollywood,” [Reprint] in Genre, Gender, Race, and World Cinema, ed. Julie F. Codell. Blackwell. 2007

“And Yet My Heart Is Still Indian: The Bombay Film Industry and the (H)Indianization of Hollywood,” in Media Worlds: Anthropology on New Terrain, eds. L. Abu-Lughod, F. Ginsburg & B. Larkin. Univ. of California Press. 2002.

Gimme Somethin’ to Dance to! (1995) – about the growing popularity of bhangra music in New York City

"The Debate over 'Bollywood'" CBC News

"TIFF 2012: Beyond Bollywood at City to City" thestar.com

I will be on sabbatical in Spring 2018 and for four months during that period I will be doing fieldwork in Bombay, for which I received an American Institute of Indian Studies Senior Short- Term Fellowship. I will be observing the process of how Hollywood films are dubbed into Hindi, which is part of my larger research project examining language ideologies in the filmmaking world in Bombay. I did some preliminary research in a dubbing studio in Bombay in summer 2016 and I look forward to returning in January 2018, to continue with that fieldwork. I will be following the workflow of how a Hollywood film is dubbed into Hindi, starting from the adaptation and translation of the script, the casting of voices, to the dubbing process, sound mixing, and the final quality check of the film before it is delivered to the client. I am interested in the varied ways that voice artists and dubbing professionals navigate and negotiate the complex act of rendering dialogue in Hindi when the original lines were written in English.

I have begun to present some of the material based on my preliminary research at a variety of conferences. These are the list of paper titles and conferences for the remainder of 2017:

I will also be delivering the keynote address for the New York Conference on Asian Studies, being held at Hobart & William Smith College, September 22-23, 2017.

Book Project: Thinking in English, Speaking in Hindi: The Politics of Language in the Bombay Film World

Emerging from my film school fieldwork, observations of contemporary Hindi cinema, as well as my long-term fieldwork about the production cultures of the Hindi film industry, this project examines the relationship between Hindi and English in the Bombay film industry. There are two broad dimensions that I am exploring: the state and status of Hindi linguistic skill within the Hindi film industry; and practices of translation between Hindi and English. I’ve been meeting and interacting with an array of film industry personnel in Bombay who deal centrally with the aforementioned dimensions – from screenwriters to dialect coaches to subtitling and dubbing professionals. With the increasing opportunities and attractions afforded by the Hindi film industry and the growing international profile of “Bollywood,” I am investigating how language and linguistic competence become sites for the elaboration of distinction, the performance of cultural capital, and the enactment of new hierarchies within the Hindi film industry.

I have a forthcoming book chapter, “Risky Business: The Structure and Practice of Formal Film Distribution in the Hindi Film Industry,” in the Blackwell Companion to Indian Cinema, which focuses on the crucially foundational function that distribution plays within mainstream Hindi filmmaking. The chapter elaborates upon the critical role played by distributors in the Hindi film industry and discusses how the nature of Hindi film distribution shapes and influences many other practices within the industry from casting and budgets to release strategies and the lack of formalized audience testing/market research.

Based on my dubbing research, I am also writing a chapter for an edited collection, The Anthropology of Film Industries, entitled, “Hindi Hollywood and English Bollywood: Rethinking National Cinema,” where I complicate nation-bounded understandings of film industries. While dubbed Hollywood films are increasingly characterized as threats to local film industries, examining the production process of dubbed films in India reveals a much more complex picture. Not only do Hollywood majors rely on local companies in India to carry out the translation and dubbing of their films, but increasingly for their Hindi versions, are eager to utilize Bollywood stars for the dubbing and employ established screenwriters from the Bombay industry to write the dub scripts. When taking the dubbing industry into account, the boundaries between Bollywood and Hollywood appear blurred and porous.

In 2013, I began a long-term, multi-sited fieldwork project about the development of film schools and film training in India. My initial impetus for this project emerged from my previous fieldwork about the Hindi film industry where I traced its growing processes of formalization and professionalization. My ethnographic focus thus far has been a film school, Whistling Woods International, conceptualized and developed by one of the prominent producer-directors of the Bombay industry, specifically to train personnel to feed into the mainstream film industry. During four research trips to Bombay in 2013 and 2014 where I met faculty, students, administrators, as well as attended classes on screenwriting, directing, and editing, I am trying to understand what is involved in the process of formalizing knowledge that was previously very tacit, informal, and experiential and transplanting it from a film set into a classroom. I envision expanding the focus to include other film schools in India as well as the numerous short-term for profit film training workshops offered by varied film practitioners throughout Bombay.

Indian Cinema in the United States

After receiving a National Endowment for the Humanities Summer Stipend Fellowship in 2013, I began another long-term research project about the social life of Indian cinema in the U.S., which dates back to 1928. This project examines how films, filmmakers, and filmmaking have been implicated in the political, economic, and cultural relations between India and the United States. The larger goal is to produce a social history of Indian filmmaking that broadens and complicates our understanding of the relationship between India and the U.S. and reframes the study of both Indian and Hollywood cinemas. During the summer of 2013, through archival research at the New York Public Library and other sites, I began to unearth the history of the early circulation of Indian films and filmmakers in the U.S, specifically in New York City, but of course there is much more research to be done across a number of archives.

I enjoy participating in a variety of Hindi film-related events in New York City and its metropolitan area. In August 2017, I was delighted to be part of the panel, “India’s Identities through Bollywood Cinema” which was held at the Film Society of Lincoln Center in conjunction with the Bollywood Boulevard performance that was part of the Lincoln Center’s Out of Doors summer programming. In June 2017, I had the pleasure of discussing Satyajit Ray’s classic, Apur Sansar [The World of Apu] on CUNY TV’s City Cinematheque screening series. I continue to be a juror for the New York Indian Film Festival and am a member of the Discover Indian Cinema Advisory Council for the India Cultural Center of Greenwich, CT.