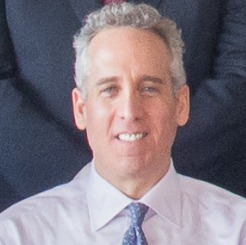 Stuart Gottlieb has been teaching graduate IR courses on American foreign policy and international security at NYU since 2004. His academic home base is Columbia University's School of International and Public Affairs (SIPA), where he is also a Member of the Saltzman Institute of War & Peace Studies. Gottlieb previously worked for five years in the U.S. Senate (1999-2003), first as senior foreign policy adviser to Sen. Charles Schumer (D-NY) and subsequently as policy adviser and chief speechwriter for Sen. Christopher Dodd (D-CT). He has also worked on several political campaigns, including New York City mayor Rudolph Giuliani's (R-NY) reelection campaign in 1997 and presidential campaign in 2008. From 2003 to 2007 Gottlieb was a senior partner of Prides Crossing Executive Communication, LLC, a speechwriting and communications consulting firm based in New York City which he co-founded. Gottlieb holds a B.A. in political science and journalism from the University of Massachusetts at Amherst, and a Ph.D. in international relations from Columbia. He writes frequently on foreign affairs and policy issues.

University of Massachusetts at Amherst
B.A., Political Science and Journalism

Professor Gottlieb is working on a forthcoming book titled Experimental Power: The Rise and Role of America in World Affairs (Yale University Press).