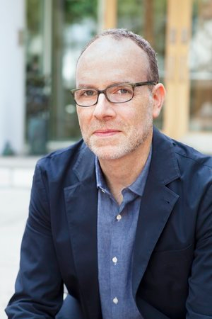 Stéphane Gerson is Professor of French, French Studies, and History at NYU, and a cultural historian of modern France.

Much of my work revolves around the ways people respond to upheaval, disasters, and changes associated with modernity, which can seem both liberating and distressing. Memory — collective, local, familial — is at the center of this line of research, in the 19th as well as the 20th centuries, most recently around the Second World War in Belgium and France. A second line of research revolves around modes of historical writing: how historians write about the past, delineate objects, and fashion their own literary selves.

My current research revolves around what I call personal family histories, about a historian’s own kin. This is taking three forms. The first, a book project, begins with the story my Belgian/Jewish grandmother told about her survival between Belgium and France during the Second World War. Having videotaped this story in 1994, at the age of 27, I am now returning to it as a historian. I am doing so to recover an elusive historical object and devise a framework that apprehends its multiple dimensions: the historical ethnography of a family story. This book will thus weave together (1) postwar story-telling and gendered self-fashioning; (2) a Jewish woman’s microhistory between 1940 and 1944; and (3) a ground-level, collective history of relationships between various individuals who crossed this woman’s path: refugees, neighbors, rescuers, policemen, gendarmes, smugglers, officials, and others. Les gestes de notre guerre. 1942-1994-2026 is under contract with La Découverte (I will write it in French and then English).

I am also editing a collection of essays in personal family history by scholars from various disciplines: Scholars and Their Kin: Experiments in Historical Writing is forthcoming from the University of Chicago Press. It builds on a 2020 symposium. Finally, I will soon publish a long review article about recent French personal family histories: “A History from Within: When Historians Write About Their Own Kin,” Journal of Modern History 94, no. 4 (December 2022).

My first two books explored questions of memory at the margins of the nation. The Pride of Place: Local Memories and Political Culture in Nineteenth-Century France (Cornell, 2003) analyzed what I call the cult of local memory in post-revolutionary France: a passion for the local that encompassed historical research, monuments to great men, archeological digs, museums, and historical pageants. Against a backdrop of political and industrial revolutions, the local past provided deeper understanding of one’s pays (land), moral teachings, modes of civic participation, social cohesion, and national unity. It also unveils complicated relationships between the central state and provincial elites. The Pride of Place won the Jacques Barzun Prize in Cultural History and the Laurence Wylie Prize in French Cultural Studies. This research also won the William Koren Jr. Prize for best article on French history.

My second book explored another memorial phenomenon that, from the margins of Western modernity, has grown increasingly prevalent in recent decades: the predictions of Renaissance astrologer Nostradamus. By explaining how his prophecies endured for nearly five centuries, Nostradamus: How an Obscure Renaissance Astrologer Became the Modern Prophet of Doom (St. Martin’s, 2012) helps up understand the memorial lives of figures and texts that no regime or organized religion, no intellectual school or pantheon deem worthy of recognition. Translated into French (Tallandier), this book contributes to histories of memory, collective trauma, media regimes, and fluctuating relationships to uncertainty and horror, fear and the future. I have also co-edited a new Penguin Classics edition of Nostradamus’ Prophecies (2012).

My interest in the writing of history has taken many forms. I recently published an essay on trauma and the historian’s emotional life (“History in the Face of Catastrophe,” Chronicle Review, 2018) as well as a personal memoir on a catastrophe in my own family, Disaster Falls: A Family Story (Crown, 2017; trans. Alma, 2020). At NYU’s Center for the Humanities, I am organizing an ongoing series of roundtables, Writing Matters, between scholars who lead multiple writerly lives, blending voices and genres. In 2019, I edited France in the World: A New Global History (Other Press), the U.S. edition of L’Histoire mondiale de la France, the transnational history of France that Patrick Boucheron and other historians published in 2017. Earlier, I explored historian Alain Corbin’s approach to cultural history in a special issue of French Politics, Culture & Society that I guest-edited (2004). With Laura Lee Downs, I also edited a collection in which fifteen American historians of France penned autobiographical essays on their intellectual, political, and personal relationships to France. Why France? American Historians Reflect on an Enduring Fascination (Cornell, 2007) provides a model for a self-reflexive historical practice while opening onto broader questions: the inflections of the Franco-American relationship; the meanings of ‘France’ in American thought and society, and the relationship between intellectual milieus and international relations. Why France? was translated into French (Le Seuil).

I advise Ph.D. students working on the 19th and 20th centuries, in either NYU’s IFS/History track or its IFS/French track.

“Remembering and Forgetting,” in A Cultural History of Memory in the Nineteenth Century, ed. Susan A. Crane (Bloomsbury, 2020).

“Searching for Nostradamus: Tracking the Man, the Legend, and the Name Across Five Centuries,” Esopus Magazine 13 (2009).

“‘A World of Their Own’: Searching for Popular Culture in the French Countryside,” French Politics, Culture & Society 27, 2 (2009).

“Parisian Littérateurs, Provincial Journeys and the Construction of National  Unity in Post-Revolutionary France,” Past and Present 151 (1996).