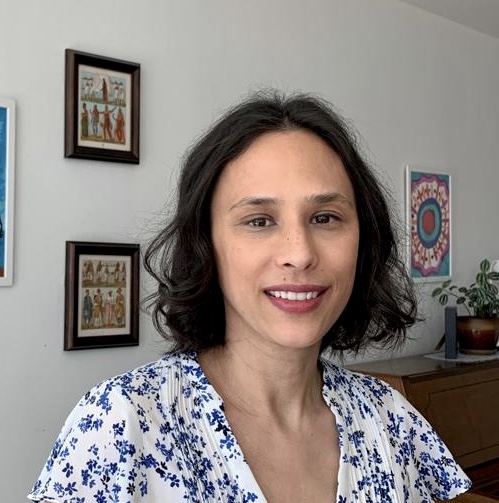 Sonia Das is Associate Professor of Linguistic Anthropology at New York University and Editor-In-Chief of the flagship Journal of Linguistic Anthropology. A specialist on language, racism, and inequality in North America, the South Asian diaspora, and the francophone world, she has conducted fieldwork in Québec and the United States and archival research on colonial French India and French Guiana. She is the author of Linguistic Rivalries: Tamil Migrants and Anglo-Franco Conflicts (Oxford 2016), a study of the migration and diasporic experiences of Tamil-speaking Indians and Sri Lankans navigating language laws, racist language ideologies, and political rivalries in Montréal, Québec. This book, which received Honorable Mention for the Sapir Book Prize from the Society for Linguistic Anthropology in 2017 (http://linguisticanthropology.org/about/prizes/), demonstrates the importance of using comparative and historical methods to analyze complex sociolinguistic phenomena attributed to globalization. Her ethnographic research also examines language practices and racial hierarchies in the context of commercial seafaring and explores how these are impacted by changing human-machine relations. Currently, she is researching racial inequities in U.S. law enforcement, analyzing evidence from bodycam and dashcam footage of routine police-civilian interactions in South Carolina.

She is a Junior Fellow in the Andrew W. Mellon Society of Fellows in Critical Bibliography and has received grants and fellowships from the National Science Foundation’s Programs in Cultural Anthropology and Law and Social Sciences, the Wenner-Gren Foundation for Anthropological Research, the University of Michigan Center for South Asian Studies’ Foreign Language and Area Studies, and the Association for Canadian Studies in the United States. She was a Visiting Professor in South Asian Studies and Linguistics at the Écoles des hautes études en sciences sociales (EHESS).

2021. “Shadow Conversations and the Citational Practices of a Journal.” “Special Issue: Essays in Honor of Judith T. Irvine.” Journal of Linguistic Anthropology, 31(3): 335-339.

2012. La Francophonie and beyond: Comparative methods in studies of linguistic minorities. Journal of Linguistic Anthropology 22(3): 220-236.

2011. Rewriting the Past and Reimagining the Future: The Social Life of a Tamil Heritage Language Industry. American Ethnologist 38(4): 774-789.

2008. Between Convergence and Divergence: Reformatting Language Purism in the Montreal Tamil Diasporas. Journal of Linguistic Anthropology 18(1): 1-23.

2008. The Talk of Tamils in Multilingual Montreal: A Study of Intersecting Language Ideologies in Nationalist Quebec. Studies in Ethnicity and Nationalism 8(2): 230-247.

She is currently researching the emergence, mediatization of, and resistance toward racial slurs used against Tamil-speaking communities and other Brown peoples in contemporary Québec, Canada. She also continues to work on her second monograph, Stopping for Blue Lights: Language and Racial Inequality in American Policing. On this topic she has co-written an article with Hyemin Lee entitled “Racial Optics of Escalation,” accepted to Current Anthropology, and has a book chapter in progress, “Ritual Language and Police Discretion,” to be submitted to The Oxford Handbook on Ritual Language, edited by David Tavárez. New work on the social justice agendas and language politics of commercial cargo seafaring, co-written with Johanna Markkula, will soon appear in Language and Social Justice: Global Perspectives, edited by Kathleen Riley, Bernard Perley, and Inmaculada García-Sanchez. She is particularly interested in making linguistic anthropology accessible to K-12 and other non-specialist audiences and is in the process of writing a blog essay entitled “What is Linguistic Anthropology?” with Sapiens magazine. 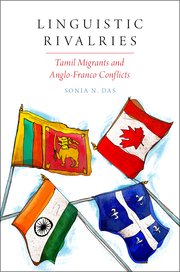