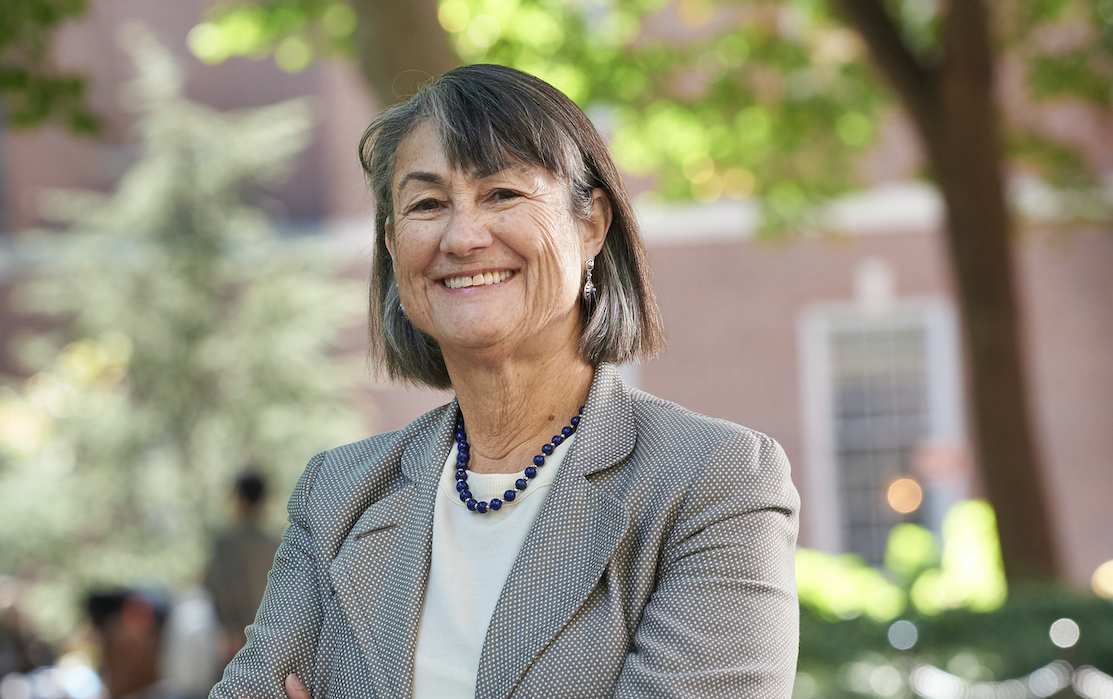 Sally Engle Merry is Silver Professor of Anthropology at New York University.  She is also a Faculty Co-Director of the Center for Human Rights and Global Justice at the New York University School of Law.  She is past president of the American Ethnological Society, the Law and Society Association, and the Association for Political and Legal Anthropology.  As an anthropologist of law and a law and society scholar, her research has examined law and colonialism, neighborhood justice and mediation, human rights, gender violence and the law, and the relationship between law, society, and power.   Her current research examines global technologies of quantification and the infrastructural dimensions of measurement. This project brings together anthropological and STS work on infrastructure and the legal regulation of quantification. She is focusing on the use of indicators to measure global development via the Sustainable Development Goals.   Sally Merry is beginning a new project on Hawai‘i that examines the early moments of encounter between indigenous and European social systems, focusing on transformations in conceptions of masculinity and sexuality and the impacts of capitalism and settler colonialism.

Sally Engle Merry’s recent books include Colonizing Hawai‘i (Princeton, 2000), Human Rights and Gender Violence (Chicago, 2006), Gender Violence: A Cultural Perspective (Blackwell, 2009), The Practice of Human Rights, (co-edited with Mark Goodale; Cambridge, 2007), and Human Rights Transformations in Practice (co-edited with Tina Destrooper, University of Pennsylvania 2018).   Her most recent book, The Seductions of Quantification: Measuring Human Rights, Gender Violence, and Sex Trafficking (Chicago: University of Chicago Press, 2016) examines numerical indicators as a technology of knowledge used for human rights monitoring and global governance.  It was the subject of a book forum in the American Anthropologist in 2018.   She has co-edited three books on quantification: Governance by Indicators: Global Power through Classification and Ranking, with Kevin Davis, Angelina Fisher, and Benedict Kingsbury (Oxford University Press, 2012),  The Quiet Power of Indicators, with Kevin Davis and Benedict Kingsbury (Cambridge University Press, 2015) and A World of Indicators, with Richard Rottenburg, Song-Joon Park, and Johanna Mugler (Cambridge University Press 2015).  She is the author or editor of sixteen books and special journal issues and 150 articles, book chapters, and review essays.

Sally Merry received the Hurst Prize for Colonizing Hawai‘i from the Law and Society Association in 2002, the Kalven Prize for scholarly contributions to sociolegal scholarship from the Law and Society Association in 2007, the  J.I. Staley Prize for Human Rights and Gender Violence from the School of Advanced Research in 2010, and the Franz Boas Prize for Exemplary Service to Anthropology from the American Anthropological Association in 2019.  She received an honorary degree from McGill School of Law in 2013 and was the focus of an Author Colloquium at the Center for Interdisciplinary Research (ZIF) at the University of Bielefeld, Germany in the same year.  She was an Honorary Professor at Australian National University 2011-2016.

Articles
2014. “Technologies of Truth in the Anthropology of Conflict.” Co-authored with Susan Coutin. American Ethnologist 41(1): 1-16.

2015. “Stateless Law: Before, Inside and Outside the Law of the State.” Prologue, Chapter 1, pp. 3-9 in Stateless Law: Evolving Boundaries of a Discipline. Helge Dedek &amp; Shauna Van Praagh, eds,  Farnham, UK: Ashgate.

Updated September 2016
My current research interests focus on the impact of technologies of measurement and counting on human rights law and global governance. My recent book, The Seductions of Quantification: Measuring Human Rights, Gender Violence, and Sex Trafficking (University of Chicago Press, 2016), explores the way quantitative knowledge is produced and used in the context of global governance. My work on quantification takes a governmentality perspective, viewing the increasing use of indicators through the lens of the power/knowledge relationship. Indicators are a form of knowledge that places power in the hands of technical experts, who often come from the global North, yet they can also be mobilized by local communities and activists.

The Seductions of Quantification focuses on legal situations where compliance depends on monitoring behavior with reference to a set of standards. Monitoring requires gathering information about a country’s or an organization’s performance which is then assessed against broad standards or laws such as human rights conventions. I look in particular at human rights law, especially areas that focus on gender such as violence against women and sex trafficking. The NSF-funded research project examined the construction and data collection of three global indicators:  human rights indicators for the committees monitoring human rights treaties, violence against women surveys, and the US State Department Trafficking in Persons report that ranks countries in terms of their compliance with anti-trafficking activities.

The research took an ethnographic and genealogical approach to studying each of these initiatives by attending international meetings, interviewing those who create and use them, and tracking their historical evolution through documents of conferences and programs.  I investigated the techniques by which information is gathered and analyzed as well as who determines relevant categories, who collects the data, and who disseminates it. At the global level, this is largely a technology of experts in rich countries which serves to govern the rest. Yet, the same technology is also used by radical activists seeking to challenge systems of power. Since organizations and groups seeking to develop this kind of knowledge differ significantly in resources and expertise, however, their ability to generate and use such knowledge is quite different.

Measurement and ranking systems typically incorporate theories about social change that are embedded in their design but not explicitly described. The US State Department trafficking indicators, for example, assume that prosecuting traffickers is the key strategy for eliminating trafficking, although it is only one of several standards that they articulate. Since this form of knowledge has a direct impact on the way publics understand the world as well as how policy-makers and others with governmental power make decisions, it represents a subtle form of power. Consequently, it is critical to examine the social, political, and economic context of knowledge production. The core concern of my work on quantification and governance is the relationship between the technology of knowledge production and power. As a form of power, technologies of quantification typically fly under the radar.

This research project included two in-depth ethnographic studies done by Anthropology graduate students. In Tanzania, Summer Wood examined the processes of data collection and pilot testing of an indicator for child rights designed to assist the committee monitoring the UN Convention on the Rights of the Child, leading to a co-authored publication: “Quantification and the Paradox of Measurement: Translating Child Rights in Tanzania.” 2015. Current Anthropology. Vol 56 (2): 205-229. In a second study, Vibhuti Ramachandran tracked the processes by which data on anti-trafficking efforts and accomplishments in India is gathered for the US State Department.  A publication on this work is forthcoming this year: “The Limits of Consent: Trafficking and the Problem of International Paternalism.” In Paternalism Beyond Borders. Michael N. Barnett, Ed. Cambridge, UK: Cambridge Univ. Press.

In the last few years, I have also co-edited three books that explore the technology of indicators and their relationship to global governance. The first two are the result of collaboration with Kevin Davis and Benedict Kingsbury at the New York University School of Law. We created an NSF-funded research network to bring together scholars from around the world in conferences to discuss and analyze a variety of indicators in practice. The project produced two books: Governance by Indicators: Global Power through Classification and Ranking, co-edited with Kevin Davis, Angelina Fisher, and Benedict Kingsbury (Oxford University Press, 2012), and The Quiet Power of Indicators: Measuring Governance, Corruption, and Rule of Law. Co-edited with Kevin Davis and Benedict Kingsbury (Cambridge Univ. Press. 2015).

A third edited book on indicators came from a conference at the Max Planck Institute in Halle, Germany, in collaboration with Richard Rottenburg: A World of Indicators: The making of governmental knowledge through quantification, co-edited with Richard Rottenburg, Sung-Joon Park and Johanna Mugler. (Cambridge University Press 2015). These books bring together the work of a wide range of scholars to examine the way indicators are created and used and the kinds of effects they produce.

My current activities include editing a book series, the Cambridge Series on Law and Society, serving on numerous journal editorial boards, and contributing to the American Anthropological Association by chairing the Committee on the Future of Print and Electronic Publishing. I am co-lead author of a chapter on international organizations and technologies of governance which is part of a major effort to produce a report on the current status of social science, the International Panel on Social Progress, modeled after the International Panel on Climate Change.

I am also beginning a new project on the nature of encounters between early Pacific explorers and the indigenous women during the 18 th and 19 th centuries. I am also an honorary professor at Australian National University and received an honorary degree from McGill School of Law in 2013. In 2010, I was awarded the J.I. Staley Prize of the School of Advanced Research for my book, Human Rights and Gender Violence (Univ. of Chicago Press, 2006).   I am a faculty co-director of the Center for Human Rights and Global Justice of the NYU School of Law and Associate Chair of the Department of Anthropology. I work with many wonderful graduate students in Anthropology and enjoy watching their projects develop and come to fruition. The Anthropology Department at NYU continues to offer an exciting and supportive environment for scholarly work in the field.