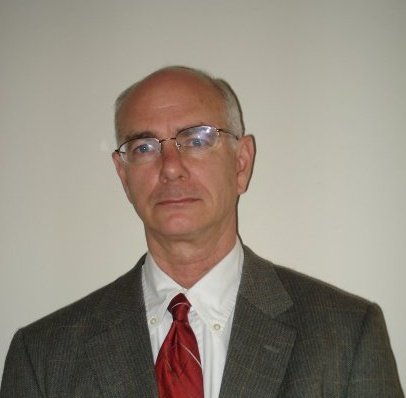 With academic interests in environmental governance, U.S. foreign policy in the Persian Gulf region, and the institution and practice of diplomacy, Professor Dry is a foreign affairs professional turned international relations instructor.

Professor Dry served as an American diplomat in Iraq, Indonesia, Saudi Arabia, Oman, China, Vietnam, and France, as well as in a range of assignments at the Department of State in Washington, D.C. During the terrorist attacks on the U.S. on September 11, 2001 and thereafter, he was the chief of mission (long-term chargé d’affaires) in Muscat, the Sultanate of Oman, where he facilitated the U.S. and allied invasion of Afghanistan and counter terrorism campaign. This political/military assignment represented a departure from economic and scientific and technological postings, including as economic counselor at the U.S. embassy in Hanoi with the goal of completing normalization of relations between the U.S. and Vietnam. In another assignment, he served as counselor for scientific, environmental, technological, and health affairs at the U.S. embassy in Paris, negotiating with the French government the world’s current largest science project, the International Thermonuclear Experimental Reactor (‘ITER’), designed to prove the utility of fusion energy for the 22nd century. Earlier, he negotiated with the Saudi Arabian government its accession to the WTO (eventually successful) and the Kyoto Protocol under the UN Framework Convention on Climate Change (ultimately unsuccessful).

As his final diplomatic assignment, the Department of State assigned Professor Dry as diplomat in residence and visiting professor at the City College of New York. In addition to recruiting for the U.S. Foreign Service, he taught and lectured throughout the Greater New York Region, including, for example, at the U.S. Military Academy at West Point. Since 2010, he has taught at the Department of Politics and its successor IR Program at NYU. For two years he developed capstone projects at the School of International and Public Affairs at Columbia University.  In 2019, Professor Dry served as Visiting Professor of Government and Podlich Distinguished Fellow at Claremont McKenna College in California teaching global environmental governance.

As a teaching philosophy, Professor Dry seeks to marry practical, pragmatic and legal (international law) IR studies together with IR academic scholarship in his courses. These include Global Environmental Governance: Approaches, Structures, and Diplomacy (see Fall 2021 offerings); the United States and the Persian Gulf; and Foundations for Diplomacy. His education includes an MA from Glasgow University, Scotland; a JD from George Washington University; and an LLM (international environmental law) from the University of Maryland.  He is married to Ellen Kerrigan Dry, a practicing attorney and equestrian, and they live in Middleburg, Virginia.  They have two lovely daughters, a wonderful new grandson, four horses and an Australian shepherd.

The University of Maryland, Francis Carey School of Law
Master of Laws (LLM)