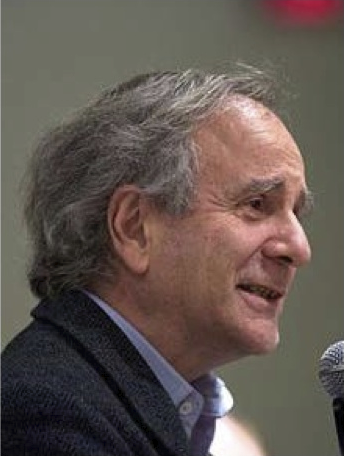 "A Note on the Silent GO That Underlies an Instance of Apparent Suppletion in Spanish" (April, 2020)

"A Short Note on English long and the Why of Negative Polarity" (March, 2020)

"A Note on the Tension between Silent Elements and Lexical Ambiguity, with Special Reference to Inalienable Possession" (November, 2019)

"On Complementizers and Relative Pronouns in Germanic vs. Romance" (October, 2019)

“​Toward an Understanding of Apparent Suppletion in Romance Pronominal Possessives​” (​May​, 2018)

​“The Place of Linear Order in the Language Faculty” (January, 2018, talk handout)

“Antisymmetry and Morphology. Prefixes vs. Suffixes” (May, 2017)

“What is Suppletive Allomorphy? On went and on *goed in English” (December, 2016)

"The Unicity of There and the Definiteness Effect" (January, 2016)

"A Note on Some Even More Unusual Relative Clauses" (December, 2015)

"English One and Ones as Complex Determiners" (June, 2015)

"Comparative Syntax and English Is To" (November, 2012) to appear in Linguistic Analysis.

“A Note on Grand and its Silent Entourage” (August, 2011) to appear in Studies in Chinese Linguistics.

Locality and Agreement in French Hyper-Complex Inversion with Jean-Yves Pollock (November, 2010, to appear)

Why Are There No Directionality Parameters? (August, 2010)

"Notes on French and English Demonstratives" with Jean-Yves Pollock (November, 2009)

"Toward an Analysis of French Hyper-Complex Inversion" with Jean-Yves Pollock (September, 2008)

"Expletives, Datives, and the Tension between Morphology and Syntax" (October 2006)
Subsequently appeared in (2008) T. Biberauer (ed.) The Limits of Syntactic Variation, John Benjamins, Amsterdam, 175-217 (reprinted in Comparisons and Contrasts).

"A Note on the Syntax of Numerical Bases" (July 2005)
Subsequently appeared in (2006) Y. Suzuki (ed.) In Search of the Essence of Language Science: Festschrift for Professor Heizo Nakajima on the Occasion of his Sixtieth Birthday, Hituzi Syobo, Tokyo, 21-41 (reprinted in Comparisons and Contrasts).