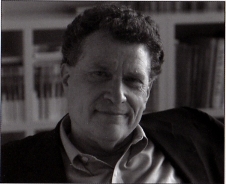 Peter Unger, Professor of Philosophy, has written extensively epistemology, ethics, metaphysics and the philosophy of mind. He has had fellowships from the National Endowment for the Humanities and the Guggenheim Foundation. He is the author of Ignorance: A Case for Scepticism (Oxford, 1975 and 2002); Philosophical Relativity (Blackwell and Minnesota, 1984; Oxford 2002); Identity, Consciousness and Value (Oxford, 1990); Living High and Letting Die: Our Illusion of Innocence (Oxford, 1996); and All the Power in the World (Oxford, 1996). Twenty-two of his previously published papers contained in a two-volume collection comprising his Philosophical Papers, Volume 1 (Oxford, 2006) and his Philosophical Papers, Volume 2 (Oxford, 2006). Currently, his research interests are mainly in metaphilosophy and metaphysics, while his current teaching interests are mainly in metaphysics, and metaphilosophy.

Primarily a work in metaphilosophy, but also containing a lot of metaphysical material, as well as swatches about of language and philosophy of mind, his most recent book is Empty Ideas: A Critique of Analytic Philosophy.

Written for use by the OUP, here is the abstract for that almost entirely negative, and, perhaps, quite devastating, book:

EMPTY IDEAS — Book Abstract and Sample of Back Cover Copy

Among academic philosophers, it is widely assumed that, since about 1970, things have changed a great deal, with the recent offering of an impressive variety of concretely substantial thoughts that are far from being just parochial ideas. Currently, many assume this for the semantic and content externalism championed by Hilary Putnam and Donald Davidson, and for various essentialist thoughts offered by Saul Kripke, and for many ideas advanced by David Lewis, and so on. Against that assumption, this book argues that, with the exception of Lewis’s thesis of a plurality of concrete worlds, and with hardly any other exceptions, all these offerings are concretely empty ideas, typical of virtually everything that’s been influential in recent mainstream philosophy. So, except when offering perfectly parochial ideas, mainstream philosophy still offers hardly anything except for just so many concretely empty ideas

After taking the reader through a greatly encompassing canvass of possible positions regarding various concretely substantial matters that are far from being just parochial issues, the book concludes by suggesting that, at least anytime soon, philosophers who aren’t also scientists won’t offer any wide-ranging concretely substantial ideas that are any very credible propositions, clearly more credible than denials. With that being so, the main suggestion of our study may be this one: Insofar as they attempt to offer any credible concretely substantial thoughts, philosophers should be content with offering ideas that are quite as parochial as those much in focus during the middle of the twentieth century or, at most, only a bit less parochial than that.

While engaged in doing some philosophical work on ethics and values, Professor Unger is now mainly engaged in collaborative work in experimental psychology.   This psychological research aims to explore how ordinary members of our society assess what is most important in, or to, or for, a person’s leading a highly desirable life.   Some of this work, quite negative, is concerned to show how leading psychologists have gotten things badly wrong in this area. Much more of this psychological exploration is far more positive, often prompted by philosophically influential work in recent philosophy:   Some of this positive research begins with Robert Nozick’s case of the experience machine, offered in his (1975) Anarchy, State and Utopia.   Other positive research begins with cases put forth by Derek Parfit in his (1984)Reasons and Persons.  Still other positive research begins with cases placed on near the end of his own old (1990) book, Identity, Consciousness and Value.  And, yet further research flows from brand new philosophical thought experiments.   Though this psychological research usually flows from some suggestive philosophical thinking, the research is a most serious attempt at rigorously obtaining psychological insights into what people in our society, even if not absolutely all human beings, most value in, or for, their lives: All of the many studies are fully controlled, all sample sizes are quite large, each hypothesis offered is tested in a variety of ways, and more.

He is thinking most about some central problems in metaphysics. Much of this centers on the question of how it might be possible for you to choose one from among several alternative courses for your activity, and how you might then engage in activity you have really chosen. As he suspects, this will require that you not be a physical entity, in any sense of "physical" he understands, even quite lenient senses of the term.