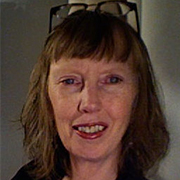 Patricia Crain teaches, researches, and writes about nineteenth-century American literature and culture, the history of print culture and literacy, the history of childhood, and the relation between words and pictures. Her most recent book, Reading Children: Literacy, Property and the Dilemmas of Childhood in Nineteenth-century America (University of Pennsylvania, 2016; Early American Literature book prize), offers a history of the relationship between children and books in Anglo-American modernity, exploring long-lived but now forgotten early children's literature, discredited yet highly influential pedagogical practices, the property lessons inherent in children's book ownership, and the emergence of childhood itself as a literary property.

The Story of A: the Alphabetization of America from The New England Primer to The Scarlet Letter (Stanford, 2000; MLA first book prize) relates the history of the alphabet as a genre of image-text for children and of alphabetization as a social practice in America, from early modern reading primers to the literature of the American Renaissance.

Recent essays include “Book” in Keywords for Children’s Literature (NYU Press, 2021) and “How the Virgin Lost Her Book” in The Unfinished Book (Oxford, 2020).

She teaches courses in early American literature and culture, the history of books and reading, histories and literatures of childhood, and word and image studies.