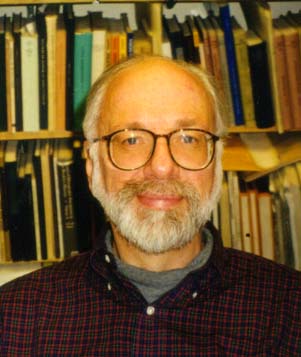 Although my graduate training in Egyptology at Columbia was focussed primarily on political and administrative history, today I find myself working more with ancient Egyptian culture on a broader basis, particularly its religion and history. Perhaps the challenge of understanding a civilization so radically different from our modern Western world is perhaps seen best in the paradox that the Egyptians were a greatly pious people yet had no word corresponding to our term "religion." The Egyptians created a complex culture, in which there was no distinction between writing and art, so that the study of any text must include some art-historical or archaeological analysis as well. Conceptual problems such as these led me to approach Egyptian texts in a more 'object-oriented' fashion relating the entire context of the document -- a stela, papyrus or tomb inscription -- to the lexicograaphical problems inherent in that text and in whatever other documents to which it might be related. I am particularly interested in the Old Kingdom and Ramesside Periods, whose international aspects often leads me to work with my colleagues in the Department of Hebrew and Judaic Studies and the Institute of Fine Arts.