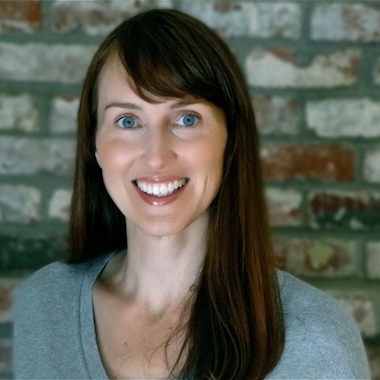 My scholarship shows how economic inequalities shape social realms typically viewed as being outside capitalist markets and, conversely, argues that economic imaginaries are constructed in and through intimate social milieus. Applying emerging insights in queer and feminist anthropology to longstanding anthropological debates about the contradictions and coherences of markets and moral value, my research has shifted from an analysis of gender and sexuality to more recently focus on class and inequality. I have explored these themes through long-term ethnographic research on the rise of homoerotic economies in post-Soviet Cuba and, more recently, on foreclosures and debt relations in the aftermath of the 2008 mortgage crash in California. I communicate my findings not only in scholarly contexts, but also via media platforms that can reach broader audiences beyond the academy.

Bound by Default: Homeowners, Lenders, and the Enduring Debts of the American Foreclosure Crisis, UC Press (Under contract)

You can read the book's introduction here.

2014    “ Bootlegged: Unauthorized Circulation and the Dilemmas of Collaboration in the Digital Age” Visual Anthropology Review 30(2): 177-187

Updated September 2016
Professor Stout is on sabbatical during the 2016-­17 academic year and is currently an Andrew W. Mellon Foundation Fellow at the Center for Advanced Study in the Behavioral Sciences at Stanford University.

Mortgaging and Indebtedness in the Sacramento Valley

I am finishing nineteen months of fieldwork on the aftermath of the 2008 foreclosure epidemic in California’s Sacramento Valley, one of the fastest growing and hardest-hit regions of the United States. I'm studying the encounters between homeowners, lending employees, and home advocates to probe the question driving these charged exchanges: in a moment of economic upheaval what, if any, social obligations are borne from financial ties? Whereas most scholars have studied the origins and consequences of the crisis from a quantitative perspective, my research breaks new ground by exposing how the unraveling of U.S. mortgage markets has radically reshaped Americans’ views of mortgage debt and the rights and responsibilities it entails. The financialization of U.S. mortgage markets that preceded the crash, in which lenders securitized and sold mortgages to Wall Street firms, did not cleanse debt relationships of moral commitments; on the contrary, it intensified homeowners’ expectations that the human relationships implicit in mortgaging would prevail in times of hardship. A book manuscript and a series of articles based on this research shows how the growing financial precariousness of the American middle class leads people to reconsider and rebuke the moral contracts implicit in post-World War II American debt obligations. My research has been supported by a Senior Research Grant from the National Science Foundation, Research Collaboration Seed Funding from the Furman Center for Real Estate and Urban Policy, and NYU’s University Research Challenge Fund.

America Foreclosed: A Digital Storytelling Project
I am directing and producing America Foreclosed | A Digital Archive, an interactive web-based storytelling project that chronicles the 2008 mortgage crisis from the perspective of Californians who have experienced foreclosure. Formed in collaboration with Anné Klint, a multimedia artist and filmmaker who experienced foreclosure in the Sacramento Valley, the website combines short-form documentaries I have shot and edited with a multimedia collection of photos, videos, stories, audio files, stories, and maps, many uploaded by homeowners themselves, to detail the lasting impact of the 2008 crash. By offering a dynamic, visually compelling vehicle to link personal stories with historical trends and social contexts, America Foreclosed questions the morality of capitalist markets as they shape the history of housing in California, from redlining to subprime lending. America Foreclosed was a finalist for the Cal Humanities Documentary Project Grant and has been funded through a supplementary grant from the National Science Foundation.

Havana for Rent
I am conducting preliminary research for a project, Havana for Rent: Transnational Capital and the Remaking of Cuba, which explores the relaxation of U.S. embargo policies in 2014 and the opening of the Cuban economy to U.S. tourists and online companies, such as AirBnb, the first company to gain access to Cuban markets since the opening. The rise of self-employed Cuban internet entrepreneurs is especially noteworthy in a context where the Cuban government continues to limit internet access strictly and finance capital is nonexistent outside of informal debt networks. My project will offer the first scholarly study of Cuban real estate, a nascent and ad hoc industry that has slowly been decriminalized over the past five years as housing sales have moved out of illicit black markets. Through research and filmmaking in Havana, Havana for Rent will show how this emerging mortgage market exacerbates post-communist inequalities of race, class, and gender, while raising key questions about how a generation of Cubans raised under post-communism will interpret the incursion of postindustrial capital into a domestic realm previously controlled and subsidized by the Cuban state.